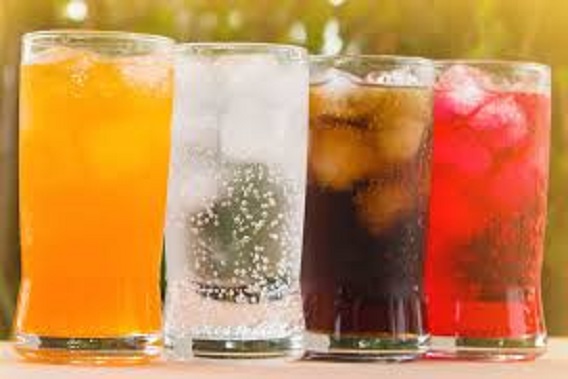 A recent study has identified an association between consuming two soft drinks per day and an increased risk of hip fracture in postmenopausal women. Because the study authors cannot prove causation, however, they call for more research.

As Western populations age, therefore, the incidence of osteoporosis rises in step.

In fact, according to the authors of the most recent study paper, globally, an osteoporotic fracture occurs every 3 seconds.

Although some of the primary risk factors for osteoporosis are unalterable, such as age and sex, some lifestyle habits also play a part.

For instance, alcohol consumption and tobacco use both increase the risk. Nutrition may also play a role, with researchers particularly interested in calcium intake.

One recent study in the journal Menopause focused on the impact of consuming soft drinks.

A number of older studies have observed a link between consuming soft drinks and reduced bone mineral density in teenage girlsTrusted Source and young womenTrusted Source.

Because of these discrepancies, the authors of the latest paper set out to study the links between soft drinks and bone mineral density in the spine and hip. They also looked for a relationship between soda intake and the risk of hip fracture over a 16 year follow-up period.

To investigate, the scientists took data from the Women’s Health Initiative. This is an ongoing national study that involves 161,808 postmenopausal women. For the new analysis, the researchers used data from 72,342 of these participants.

As part of the study, the participants provided detailed health information and questionnaire data outlining lifestyle factors, including diet. Importantly, the diet questionnaire included questions about their intakes of caffeinated and caffeine-free soft drinks.

What did they find?

During their analysis, the scientists accounted for a range of variables with the potential to impact the results, including age, ethnicity, education level, family income, body mass index (BMI), use of hormonal therapy and oral contraceptives, coffee intake, and history of falls.

As expected, they did observe a relationship between soda consumption and osteoporosis-related injury. The authors write:

“For total soda consumption, both minimally and fully adjusted survival models showed a 26% increased risk of hip fracture among women who drank on average 14 servings per week or more compared with no servings.”

The researchers explain that the association was only statistically significant for caffeine-free sodas, which produced a 32% increase in risk. Although the pattern was similar for caffeinated sodas, it did not reach statistical significance.

For clarity, the percentages above display relative risk, not absolute risk.

The study authors reiterate that the significant link was only present when comparing the women who drank the most soda — at least two drinks per day — with those who drank none. This, they explain, suggests “a threshold effect rather than a dose-response relationship.”

It is also worth noting that the scientists found no links between soda consumption and bone mineral density.

As mentioned above, earlier research looking for connections between soda and osteoporosis produced conflicting results. Although this study benefits from a large sample size, detailed information, and a long follow-up period, we cannot consider its results definitive; there is too much conflicting information.

There are also certain limitations to the study. For instance, as the researchers note, the participants only reported soda consumption early in the study. People’s dietary habits can change significantly over time, and the team could not account for this.

Also, although the researchers controlled for a wide range of factors, there is always the chance that an unmeasured factor played a part in this association.

That said, when we look at studies involving other age groups, as well as studies using both men and women, it does seem that soda consumption overall might influence bone health in some way.

The study authors believe that this might be because added sugars have a “negative impact on mineral homeostasis and calcium balance.”

Another theory the authors outline concerns carbonation, which is the process of dissolving carbon dioxide in water. “It results in the formation of carbonic acid that might alter gastric acidity and, consequently, nutrient absorption.”

However, they are quick to explain that “[w]hether this factor plays a role in these findings is yet to be explored.”

Because osteoporosis is becoming more prevalent, research into nutritional risk factors is more critical than ever. The authors call for more work.