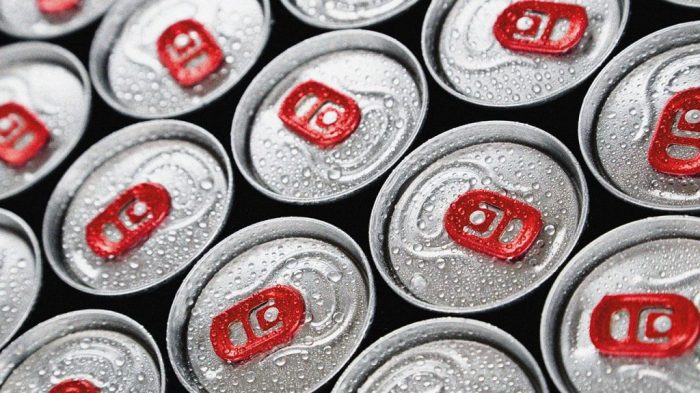 Colorectal cancer is the second most common cause of cancer-related death in the United States.

The incidence of EO-CRC, which refers to when people under 50 years of age develop the condition, has increased markedly in several wealthy countries.

One 2020 article in CA: A Cancer Journal for Clinicians suggested that over the course of the year, about 150,000 U.S. individuals would receive a diagnosis of colorectal cancer and about 53,200 would die as a result.

The authors also predicted about 18,000 cases of individuals younger than 50 years of age receiving a diagnosis of colorectal cancer, with 3,640 forecasted deaths in this population.

A new study in the journal Gut links drinking two or more SSBs per day in adulthood with a doubling in the risk of bowel cancer before the age of 50 years.

Researchers found that each daily SSB serving among adult women may be associated with a 16% higher risk of developing EO-CRC.

Also, the study found that each additional SSB serving per day among individuals aged 13–18 years may be linked to a 32% increase in the risk of developing EO-CRC.

For this study, the researchers used data from 95,464 participants in the Nurses’ Health Study II. This is an ongoing monitoring study of 116,430 U.S. registered nurses, all women, who were aged 25–42 years when they enrolled in 1989.

Every 4 years beginning in 1991, the women in the study reported on what they ate and drank using validated food frequency questionnaires.

In 1998, researchers asked the participants to recall their health status and lifestyle habits as teenagers.

The participants also gave information on potentially influential factors, including their family history of bowel cancer, their lifestyle habits, and any regular use of aspirin, nonsteroidal anti-inflammatory drugs, or vitamin supplements.

Over 24 years of monitoring, 109 women developed bowel cancer before the age of 50 years.

The study authors write that their findings “add unique epidemiologic evidence that SSB intake may partly contribute to the rapid increase of CRC in younger adults.”

Notes on the study

It is important for researchers to understand what is behind this increase, said study co-author Dr. Jeffrey Meyerhardt. He is the clinical director of the Gastrointestinal Cancer Center at the Dana-Farber Cancer Institute in Boston, MA.

“It is presumed that exposures early in life are contributing to this rise,” Dr. Meyerhardt told Medical News Today. “Studying exposures that can be prevented is [essential] to getting control of this rising health issue.”

Substituting SSBs with reduced-fat milk or whole milk appears to be beneficial, according to study co-author Dr. Yin Cao. She is an associate professor of surgery at the Washington University School of Medicine in St. Louis, MO.

“In this study,” she told us, “we showed [that] replacing one daily serving (8 oz) of SSBs with an equivalent amount of reduced-fat milk or total milk was associated with a 35–36% lower risk of EO-CRC.”

“During the second half of the 20th century, for which average U.S. per capita soft drink consumption has dramatically increased by ~500%, milk consumption has declined by half. Milk is a good source of calcium, a mineral found to be protective of colorectal cancer.”

“We postulate [that] low milk consumption could be plausibly linked with the increased risk of EO-CRC, and further research on this topic is in the pipeline.”

The researchers point to several limitations of their study. First, they caution that this was an observational study, which can only establish correlation, not cause. They also note that the majority of the participants were white women, so the findings may not apply to men or other ethnic groups.

Even so, the study provides insight into possible actions that public health leaders might take, Dr. Cao explained.

“Particularly in adolescence,” she wrote, “the immature and rapidly growing organs could be more susceptible to exposures that could lead to cancer development.”

“Campaigns, education programs, and interventions targeting the young population to reduce SSB intake and/or replace SSBs with other healthier beverages could help reduce the accrual of time at risk and convert this window of increased susceptibility into an opportunity for better health outcomes later in life.”