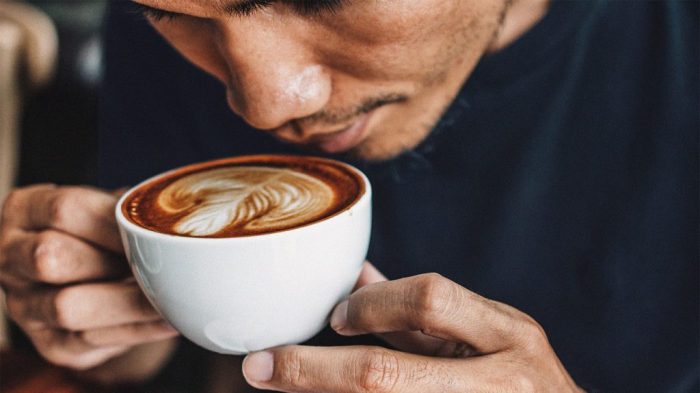 The unmistakable taste and smell of coffee — not to mention its ability to perk people up in the morning — have made it one of the world’s most popular beverages.

Prospective studies, which follow people over time, have provided evidence that drinking this beverage is safe for most people and is associated with lower mortality rates.

However, a new study suggests that some of the supposed health benefits of coffee for cardiovascular health may have been overblown. The research was limited to white British participants.

As a result of the caffeine that coffee contains, excessive consumption can cause unpleasant symptoms such as tachycardia (a fast resting heart rate) and palpitations.

Drinking coffee can also lead to a moderate, temporary increase in blood pressure.

So it may come as a surprise that regular coffee drinkers either have normal or reduced blood pressure compared with people who do not drink coffee.

One explanation may be that coffee drinkers develop a physiological tolerance for the effects of caffeine.

But a new study suggests that people with a high genetic risk of cardiovascular disease unconsciously reduce how much they drink to avoid unpleasant cardiovascular symptoms.

Crucially, there was strong evidence that their genetic vulnerability to cardiovascular disease led to their reduced consumption of coffee.

This rules out the alternative explanation that consuming less coffee made them more vulnerable to cardiovascular disease.

Researchers at the University of South Australia in Adelaide conducted the study, which appears in The American Journal of Clinical NutritionTrusted Source.

“Whether we drink a lot of coffee, a little, or avoid caffeine altogether, this study shows that genetics are guiding our decisions to protect our cardio health,” Professor Elina Hyppönen, who led the research and directs the Australian Centre for Precision Health at the university.

“If your body is telling you not to drink that extra cup of coffee, there’s likely a reason why,” she adds. “Listen to your body — it’s more in tune with your health than you may think.”

In observational studies, this effect could give the false impression that coffee prevents high blood pressure and protects the heart.

In reality, people vulnerable to high blood pressure may simply avoid drinking coffee because, for them, the caffeine is more likely to cause unpleasant symptoms.

The scientists drew on information about 390,435 white British participants aged 39–73 years who are part of a medical and genetic database called UK Biobank.

Participants with high blood pressure, angina, or arrhythmia consumed less caffeinated coffee compared with those without these symptoms.

This technique exploits the random inheritance of genetic variants that increase a person’s risk of a particular outcome later in life — in this case, the association between blood pressure and heart rate with habitual coffee consumption.

Because factors, such as lifestyle or diet, cannot change a person’s genetic sequence, any associations that the researchers discovered must be due to the gene variants rather than any other factors.

When they analyzed the data, it showed that having a particular genetic variant determined how much coffee a person drank.

“Conversely, a noncoffee drinker, or someone who drinks decaffeinated coffee, is more likely prone to the adverse effects of caffeine and more susceptible to high blood pressure,” she adds.

Medical News Today asked Prof. Hyppönen whether the psychological effects that some people experience when they drink a lot of coffee, such as anxiety and agitation, could also play a role.

“This is not something that we looked at in our study, but any unpleasant sensation that an individual feels in response to coffee consumption is likely to reduce their wish to drink coffee,” said Prof. Hyppönen.

“[D]rinking too much coffee can result in headache, anxiety, tremors, and difficulty sleeping. With regards to the heart, in particular, excess coffee intake can result in palpitations and may trigger events in the heart, such as abnormal heart rhythms, in susceptible individuals.”

The problem of reverse causation

The findings of the new research suggest that observational studies that found an association between coffee consumption and better health may have fallen prey to “reverse causation.”

In other words, heart health issues led people to drink less coffee, rather than the other way round.

For example, epidemiological studies have led people to infer that moderate alcohol consumption protects against cardiovascular disease, and that having excess weight reduces mortality compared with moderate weight.

“According to [Mendelian randomization] studies, there does not appear to be any benefit for having [excess weight] versus [slim or moderate] weight, with the possible exception for smokers,” she said.

Smoking reduces appetite and hence weight, but it also has links with a wide range of negative effects on health.

“Also for alcohol, [the] evidence suggests linear increases in blood pressure and stroke risk, with no benefit for light alcohol consumption,” she added.

Peas and beans: Can they improve heart health?