Home Articles Could a Low-Salt Diet Hurt Your Health? 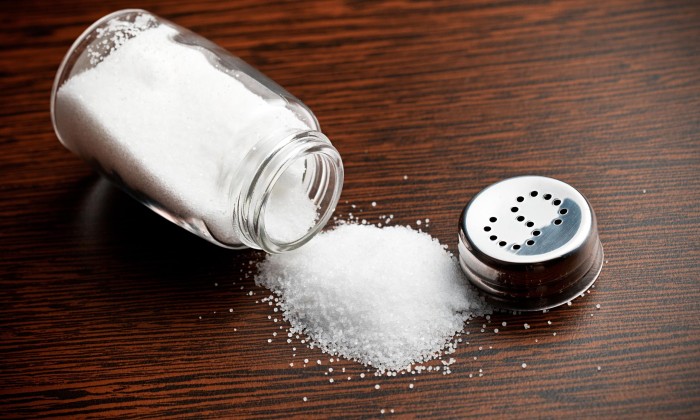 – A controversial new study contends that a low-salt diet could be dangerous for your heart health.

Restricting dietary salt to below 3,000 milligrams a day appears to increase the risk for heart disease similar to that of high blood pressure patients who eat too much salt, said lead researcher Andrew Mente.

“Having neither too high nor too low levels of sodium [salt] is optimal for health,” said Mente, an associate professor of clinical epidemiology and biostatistics at McMaster University, in Ontario, Canada.

The American Heart Association is highly critical of Mente’s study. The AHA says the study relies on incorrect estimates of sodium intake, and should not lead anyone to relax concerns over excess salt in the average U.S. diet.

“This is an extremely flawed analysis that doesn’t provide new information, and it should not be used to guide public policy,” said Dr. Elliott Antman, immediate past president of the AHA and an associate dean for clinical and translational research at Harvard Medical School.

“The American Heart Association continues to recommend less than 1,500 milligrams of sodium per day from all sources,” he said.

Most Americans consume about 3,400 milligrams of sodium a day, more than twice the recommended amount, according to the heart association.

Mente said, based on his analysis, only people with high blood pressure need to worry about reducing salt intake.

For those with high blood pressure, too much dietary salt increases their risk 23 percent, the study said.

On the other hand, a diet with excess salt doesn’t increase the risk at all if blood pressure is normal, the study reported.

“Most of the population eats what they’re supposed to eat, based on the data,” Mente said. “They fall in the middle and that’s actually the sweet spot — the safest range of intake.”

Excess salt increases blood pressure in some people by causing the body to retain water, putting extra strain on the heart, the heart association says.

Mente said a low-salt diet can activate the body’s renin-angiotensin system. This is a hormone process that regulates blood pressure and fluid balance.

For their analysis, Mente and his colleagues pooled results of four studies that measured salt intake and tracked heart health. Together, the studies involved more than 133,000 people from 49 countries.

Each study used a single, morning urine sample from each person to estimate their regular daily salt intake for extended periods of time, an approach the AHA’s Antman called “deficient.”

People with less than 3,000 milligrams of sodium in their urine were assigned to the low-sodium group, while 7,000 or more milligrams of urinary sodium was considered high-sodium.

Antman said, “They (the study authors) make the assumption that a measurement of urine sodium in a spot fashion like this, at one moment in time, can reliably inform us about what the sodium intake was during the course of the study.”

Antman is concerned that news reports of this study will lead people to make diet choices that could prove disastrous to their heart health.

“Unless we point out the deficiencies with this analysis, there could be a major public health problem,” he said.

The study results were published May 20 in The Lancet.

Sharon Zarabi, a registered dietitian at Lenox Hill Hospital in New York City, said salt has been a part of the human diet for millennia. But, the advent of processed foods has led to its use in larger doses for flavor and as a preservative, she said.

“We treat patients with hypertension [high blood pressure] with the DASH dietary approach, a diet which includes a variety of fruits and vegetables and limits added salt,” Zarabi said. “As most dietary research studies claim ‘everything in moderation,’ try to avoid condiments and processed foods that have more salt than you might expect, such as salad dressings, mustard, cheese, sauces and even bread products.”

Dr. Howard Levite, director of cardiology for Staten Island University Hospital in New York City, said the idea that most people are consuming the right amount of salt is “controversial.” This new analysis does not disprove the need to watch salt intake as a means of warding off heart disease, he added.

“The article raises the possibility that once achieving middle age the current sodium guidelines for an individual may need to be liberalized. But, this in no way detracts from the prevention goals that are the raison d’etre of the established protocols,” Levite said.