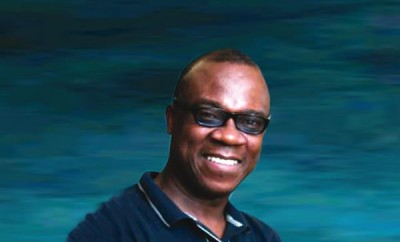 Mental illness is one of the most stigmatised illnesses in the world, especially in Africa. This attitude has serious social implications for affected persons. Many have been denied marriage and other employment opportunities even when they got better.

Educated folks, who know that there is treatment for mental illness like any other condition, often discriminate against such individuals. This belief has encouraged alternative methods of managing mentally challenged patients. Families would rather conceal information and sentence a relative with mental illness to spiritual cleansing instead of seeking orthodox help.

The mental health policy articulation and implementation suffer setbacks because we prefer to live in the denial of the reality of the illness.  Alternative caregivers have flourished at the expense of the orthodox ones because they explore our cultural models.

Supernatural prescriptions of intervention such as exorcism, offering of sacrifices to the gods, prescribed prayers and rituals are some the unconscious psychological strategies we adopt to confront mental illness and its management on the continent.

The mandate for mental health practice in Africa and especially in Nigeria is to interrogate these alternative models and interrupt their adverse influences that have been reported to be responsible for increasing number of deaths among the mentally ill.

Our policy makers often bring what obtains in developed countries as framework forgetting that there is a need to interrogate this policy to accommodate our peculiarities. One aspect that is of importance is to get the public educated on the early symptoms of mental illness because our religious and social intuitions have masked its symptoms.

This is very important because research has established that the earlier an appropriate method of intervention is instituted, the better the outcome for such patients. But when the illness is allowed to fester for too long without intervention, the personality of the patient is gravely affected. The individual may become a shadow of him/herself.

When the illness is not identified early and appropriate orthodox treatment is not instituted, the patient may wreck more havoc in the community. A good of number of cases of murder, assault, suicide and other social crimes, such as substance abuse may be traceable to mental illness.

Several cases of marital instability and disrupted family life may be linked to mental illness in one of the spouses. A good number of our road traffic accidents may have been averted if the road safety officers were trained to identify drivers who may be under the influence of drugs.

Our schools cannot produce the best when mental health issues are not considered and adapted into the running of the curriculum. Productivity and overall performance of companies and organisations are hinged on the early identification and treatment of mental ill health among their employees.

In my opinion, mental well-being is the ultimate index of good governance. Even for our religion institutions, the mental well-being of the followers and believers is a verifiable gold standard of its effectiveness.

Mental illness occurs when there is malfunctioning of the human mind such as emotion, intellect, thought, cognition and mood. It could be due to predisposing economic, social physical or political factors. This disruption manifests in the mind in a way that ultimately causes distress to the individual without him/her knowing it.

Some may fast to the point of damaging their physical health. Others can suspect people without valid proofs. Some may show undue generosity, sadness, over religiosity and excessive concern over security or hygiene.

The guiding principle is that these manifestations cause distress to the individual in a way that s/he is not aware of it. The second point is that this abnormal functioning of the mind should be of concern to others like children, spouses, friends, relatives and even co-workers.

My article is for this group since the patients are not aware that their behaviour is abnormal. It is the responsibility of the others to consider this observation and explore appropriate intervention.

The last point is that such behaviours should alert response from the people whom the individual resides with irrespective of the intellectual, cultural or religious rationalisations of the mentally-ill patient.

How toxins affect your sexual energy