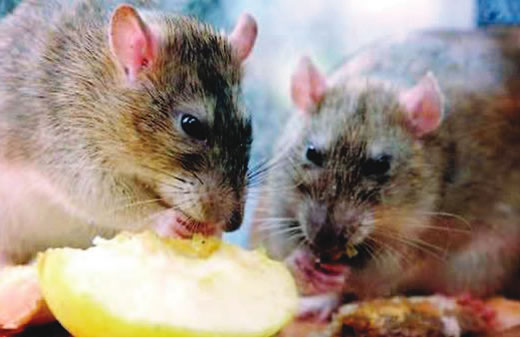 Nigerians cannot afford to relax on the hygiene and sanitation practices they adopted during the Lassa fever outbreak. The advice comes handy, especially as a patient receiving treatment at the University of Benin Teaching Hospital, Edo State, died on Tuesday because of the viral disease.

In fact, experts recommend that we must not be caught off guard, as Nigeria is the worst hit of the four countries that are battling the disease. The other countries are Benin, Sierra Leone, Liberia and Togo.

According to the World Health Organisation, 138 out of 167 patients that died of Lassa fever are Nigerians. Statistics show that the number of causalities from the disease outbreak is higher than that of Ebola Virus Disease, which killed eight persons, including the senior doctor, Stella Adadevoh.

Doctors say we must not neglect the lessons that we learnt at the peak of the two viral outbreaks, if we want to avert more deaths.

Consultant Virologist, Dr. Olumide Abunbarin, explains that keeping an environment that is free of rodents, is one of the strategies that we must continue to adopt. According to him, the species of rodent, the Multimammate rat, which is the major harbinger of the disease, still roams freely in many homes in the country.

Abunbarin explains further that the presence of this animal host in our surrounding is the reason why many Nigerians are at the risk of contracting the virus.

He says, “The reservoir or host of the Lassa virus is a rodent known as the Multimammate rat of the genus Mastomys. Mastomys rodents are sometimes consumed as food. The infection may occur via a direct contact with it, its urine, faeces, blood or any food it has contaminated.”

Public health physician, Dr. Segun Adeboye, notes that another way in which one can contract the deadly virus in the home is through poor hygiene.

Adeboye explains that these rats scavenge on food remains that are not well-preserved and breed better in dirty environments, especially in refuse dumps.

He says, “Block holes and other avenues that could allow rats into your homes. If rats are coming in and out of your house at will, then you should know that you are at a higher risk of being infected.

“If you eat food items contaminated with urine and droppings from an infected rat, then you can be infected. Store all food items in sealed containers.”

Also, there is evidence of air-borne transmission of Lassa virus. Scientists state that individuals can contract the virus if they inhale air from an environment that is contaminated by rodent excretions.

Like Ebola, you can also contract the virus by touching the body fluids of an infected person. This is called person-to-person transmission.

But as infectious and deadly as Lassa fever is, it can be prevented if one can adopt some simple hygienic habits. One of them is washing your hands with soap.

Adeboye notes that the importance of washing one’s hands with soap and water to get rid of germs, bacteria and other viruses should be taken more seriously.

According to him, evidence abound that the habit reduces one’s risk of getting infections by 60 per cent.

Adeboye says, “Many people are aware of washing of hands, but what we are saying is that you should use soap or a disinfectant when you are washing those hands.

“That is what will kill the bacteria or virus. Also, the hand is the means by which most infections are contracted. And the average person touches his/her mouth at least 10 times a day.

“Science has proved that 70 per cent of infections are contracted via the mouth and the hands.”

If you do not like the idea of washing with water, you can try hand sanitisers. They are portable, which means, you can carry one in your bag, car or keep it in your office.

Adeboye recommends that companies with more than 50 employees should have hand sanitisers installed in major entry points in their offices.

“Hand sanitisers have been chemically designed with natural disinfectants. It is potent but not poisonous. It is user-friendly and absorbs quickly into the skin, unlike when you use water and you have to clean with cloth again, which may contaminate the hand you just washed,” Adeboye adds.

To prevent cross infection of Lassa fever in hospitals, the Lagos State Commissioner for Health, Dr. Jide Idris, stresses that health workers must be vigilant when attending to patients with symptoms of the virus.

Idris notes that a patient, who has a fever that will not go after several treatments and management, is a suspected case.

It simply means, if a fever persists after all medications and therapies have been applied, such individuals should visit the nearest health facility.

Also, experts advise that while some states are still battling with the disease, health workers should treat patients with symptoms of high fever with a high index of suspicion.

‘No fresh case of Lassa fever in Lagos’