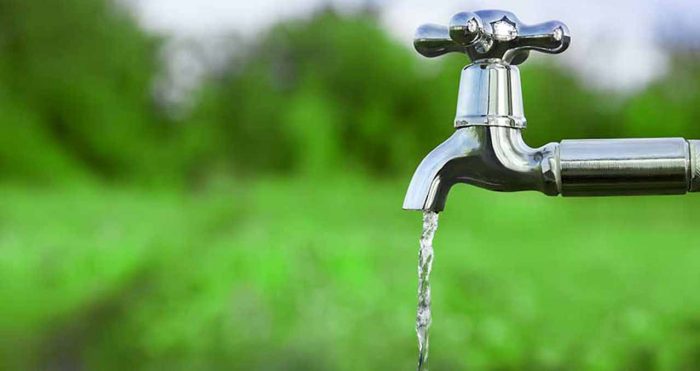 Tap water may be the cause of one in 20 cases of bladder cancer in Europe each year, a major study suggests. Researchers have linked drinking, showering and bathing in the water to more than 6,500 cases of the disease in 26 countries across the continent.

They estimate 1,356 bladder cancer diagnoses in Britain since 2005 were caused by contaminated water, making up a fifth of all cases in the European Union (EU).

Long-term exposure to a group of chemicals called trihalomethanes (THMs) is thought to be the cause. The chemicals, shown to be carcinogenic in animal studies, are formed as an unintended byproduct when water is disinfected with chlorine at supply plants.

As well as being drunk, steam given off in the shower can allow tap water to seep into people’s pores, and so too can prolonged periods in the bath. Earlier research has found an association between THMs and bladder cancer, but this is the first to estimate the scale of the problem. Some 10,000 people are diagnosed with bladder cancer each year in the United Kingdom (UK), making it the tenth most common form of the disease.

The latest study estimates nine per cent of them are caused by exposure to water contaminated with THMs.The findings are published in the journal Environmental Health Perspectives. Scientists from the Barcelona Institute for Global Health (ISGlobal) set out to analyse the presence of the chemicals in drinking water in all 28 EU states between 2005 and 2018.

They did this by sending questionnaires to bodies responsible for the national water quality. Data was obtained for 26 countries – all except Bulgaria and Romania. The scientists probed levels of THMs in water at the tap, in the distribution network and at water treatment plants.

Analysis suggested Cyprus had highest percentage, with a quarter of diagnoses linked to the chemicals. Joint second-wort were Ireland and Malta, where one in six bladder cancer patients (17 per cent) are thought to have developed it from exposure to tap water.

Spain (11 per cent) and Greece (10 per cent) were not much better. At the opposite extreme was Denmark, where less than 0.1 per cent of cases were caused by THM water contamination. In Holland it was just 0.1 per cent of cases and Germany 0.2 per cent. THMs could be blamed for 0.4 per cent of cases in Austria and Lithuania. In total, the researchers estimated that 6,561 bladder cancer cases per year are attributable to THM exposure in the European Union.

The study authors say if the 13 countries with the highest averages were to reduce their THM levels to the EU average, 2,868 annual bladder cancer cases could be avoided.

Chloroform is the most infamous type of THM, which the World Health Organisation (WHO) describes as ‘probably carcinogenic to humans’.Co-study author Manolis Kogevinas, a researcher from ISGlobal, said: “Over the past 20 years, major efforts have been made to reduce trihalomethanes levels in several countries of the European Union, including Spain.

“However, the current levels in certain countries could still lead to considerable bladder cancer burden, which could be prevented by optimising water treatment, disinfection and distribution practices and other measures.”

A spokesperson for Britain’s Department for Environment, Food and Rural Affairs said: “This Government takes the safety of our drinking water extremely seriously, and have a robust monitoring regime in place which tests for a wide range of chemicals, including trihalomethanes, to ensure the public can have absolute faith in the water coming from their taps.

“The latest figures from 2018 found only four samples out of 11,900 exceeded the legal limits, and firm action was taken in each of these four cases.”

A study in September last year discovered 22 carcinogenic substances in water across the United States (U.S.).Despite the fact that most of the water systems they tested were within federal limits on each of these toxins, the scientists estimated that their cumulative effects could be dire over the course of Americans’ lifetimes.

Exposure to arsenic, products of disinfectant chemicals and traces of radioactive chemicals like uranium and radium had the most substantial effects on cancer risks. Over 1.7 million new cases of cancer are diagnosed in the US each year. In the same time period, over 600,000 people die of the disease.

Better prevention strategies, earlier detection and better treatments – like the immunotherapies that are revolutionizing the disease’s future – have driven cancer mortality down dramatically. Yet the disease’s elimination is no where in sight. In part, this is because its roots are many, and difficult to control.

Rather than being triggered by any one thing, genetics, what you eat, where you live, how you eat and, of course, the water you drink all play roles in raising or lowering cancer risks.

Some chemicals, like arsenic are nearly impossible to keep out of water in certain places. For example, in some areas of Illinois, the soil is rich in arsenic, a toxic, carcinogenic heavy metal, linked to liver and bladder cancers.

Arsenic seeps into the ground water, and winds up in our bodies. It also leaks into the water supply from many types of manufacturing plants.US water systems treat drinking water with chlorine – a non-carcinogenic cleaning chemical – in an attempt to reduce or eliminate the metal.

At least 1 in 10 women experience miscarriage