Home Articles Why strikes will not stop in Nigeria 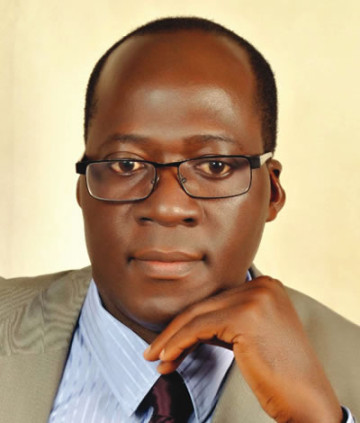 Right now, tertiary hospitals in Nigeria are struggling to get back to life after another series of strikes. The University College Hospital, Ibadan, was crippled for 108 days by a strike called by the Association of Resident Doctors. At LAUTECH Oshogbo, a strike closed the hospital for five months. And in the Psychiatric Hospital, Yaba, doctors walked away from their duty posts, leaving their patients to their own means.

The story of the Federal Medical Centre in Owerri is already legendary, as health workers came to ‘work’ every day but spent their time singing and praying on the hospital grounds. Their strike lasted for three months.

When there are strikes in public sector hospitals, there are only two constituencies that suffer – the patients, and the tax-payers (i.e. you and I), who do not get a service that is paid for on our behalf by government.

Other health workers not on strike all collect their full salaries and allowances, the health workers on strike are ultimately paid in most cases, and even the hospital still gets its normal allocation from the Federal Ministry of Health as well as its quarterly ‘allocation’ from the National Health Insurance Scheme, whether any of the enrolees covered by the scheme received clinical care during that quarter or not. So, for health workers and hospitals, there are few, if any, consequences from strikes.

As professional bodies in the health sector prepare for strike actions, they tend to make three assumptions, which make the decision so easy in Nigeria. Below, we examine these assumptions and highlight how they may not continue to hold in the future:

Government will always settle, eventually: Government has always settled. Not only have they always settled, they have not asked or received anything tangible in return. Salaries have increased without any change to the quality of service delivered. The complexity of health and measuring impact makes accountability difficult. So, unlike in most other contexts, no doctor working in the public sector in Nigeria has a contract or specification that states what the clinical expectations are in terms of the service s/he is delivering.

There are no contracts with surgeons that state how many cases they are contracted to do, or how many patients physicians are expected to see. This also applies to other categories of health workers; and crucially also applies at institutional level. There are no process indicators, no quality indicators, no outcome indicators and definitely no patient satisfaction indicators. We do not know how many patients each public health facility is expected to see or what standard of service they are supposed to deliver. So, there is absolutely no way for government (us) to know if we are getting value for money.

We can pay salaries as high as we like, but until we link pay and funding to performance, nothing will change. Although this has never happened, it is only a matter of time, until government starts asking for value for money from the sector.

The patients will always return: This is an assumption that we are glad to say is already being proved wrong. Patients will not always return, even those at the poorer end of the socio-economic spectrum. A tour round many of the teaching and other public hospitals will reveal that many beds are empty, and increasingly so. There is a quiet evolution going on in the private health care sector in Nigeria.

Previously, the sector was inherently inefficient, with many two- to four-bed hospitals, whose ineffective management tended to charge over-the-top fees for the handful of patients unfortunate enough to end up in their care. This is changing, as a series of innovative groups are pooling resources together to build clinical collaborations that will enable high utilisation of services, lower costs and better care in the private sector. Once this gains momentum, there will be less and less of a reason to go to many of the public sector hospitals. It will only be a matter of time for government to realise that they cannot continue funding these hospitals when patients seek their care elsewhere. Money will begin to follow the patient.

Striking workers will always return to their jobs: This is the strongest of all the assumptions. However, staff of NITEL and NEPA also once thought that they would always have their jobs. If there are insufficient patients in most public sector hospitals and these hospitals are forced to close, the inevitable consequence is that there will simply be nothing to do in them. This is a natural consequence; it can be slowed, but cannot be stopped.

There are only two possible end points for the scenario playing out in the Nigerian public health care sector at the tertiary level; complete disintegration of the publicly delivered tertiary health care (similar to what happened with NITEL, NEPA) or a complete turnaround.

As it stands, the health sector is surely and firmly walking towards self-destruction. Too many health professions in Nigeria are so focused on their professional interests and egos that they seem to have lost sight of the bigger picture. In fighting for the ball, we are destroying it. If this continues, the outcome is inevitable. There will be nothing left to fight over.

Ways of improving your memory