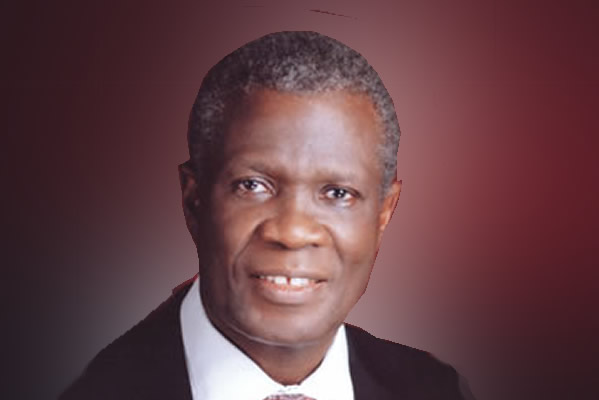 If you have been unsuccessfully trying to get pregnant for more than six months, before you embark on invasive medical procedures and spend thousands of naira for assisted reproductive technology, ensure that you rule out any thyroid problem.

Many women do not realise that a good thyroid function is necessary for fertility, the ability to conceive and to maintain a pregnancy.  A low or hyper functioning thyroid gland can prevent you from achieving that much desired pregnancy. While there are many and varied reasons for infertility, suboptimal thyroid function may be that “missing link” especially for those with no specific reproductive problems.

A full thyroid evaluation is essential, and should be done as soon as possible for any woman who wants to get pregnant, especially if she has been trying to get pregnant for more than six months, had two or more miscarriages, has irregular menstrual cycle or a family history of thyroid problems.

Also, in general for both male and female, low libido, erectile dysfunction, lethargy, fatigue and consistent weight gain may also suggest the need for thyroid evaluation.

What does the thyroid gland do?

The thyroid gland is located near the front of the throat, just below the voice box and just above the collar bones. Every cell in the body depends upon thyroid hormones for regulation of the body’s metabolism, blood calcium levels, energy production, fat metabolism, oxygen utilisation, balance of other hormones and weight maintenance. If the pituitary gland is the headmaster of all endocrine glands that produce all hormones, the thyroid gland is like the deputy headmaster.

Hormones involved with thyroid function include Thyroid Releasing Hormone released from the hypothalamus in the brain, which stimulates the pituitary gland at the base of the brain to release Thyroid Stimulating Hormone, which in turn stimulates the thyroid gland to produce Thyroxine and Triiodothyronine.

Much of T4 is converted to T3 (the active form) in the liver.  Thyroid hormones are synthesised from iodine and the amino acid Tyrosine (from protein), and the conversion to the active form is reliant on the trace mineral Selenium.

A healthy thyroid function can be affected by exposure to environmental toxins – electromagnetic radiation, genes, stress, diet and auto-immune disorders.

How does hypothyroidism affect fertility?

Hypothyroidism can make a woman experience her menstrual cycle without ovulating (she is not releasing any egg). This makes pregnancy impossible.

Luteal phase problems – A person with a short second half of the menstrual cycle who gets a fertilised egg after intercourse will discover that such fertilised egg cannot implant securely and ends up leaving the body at the same time that menstruation would occur (very early miscarriage). This is often mistaken as a regular period.

A new study supports the notion that thyroid disorders can cause significant reproductive problems for women. The authors of the report believe that testing for thyroid disease should be considered for women who have fertility problems and repeated early pregnancy loss.

The study co-author and researcher at the Bristol Centre for Reproductive Medicine at Southmead Hospital, Bristol, England, Amanda Jefferys , found that 2.3 per cent of women with fertility problems had an overactive thyroid (hyperthyroidism), compared with 1.5 per cent of those in the general population. The condition is also linked with menstrual irregularity, the researchers said.

She said, “Abnormalities in thyroid function can have an adverse effect on reproductive health and result in reduced rates of conception, increased miscarriage risk and adverse pregnancy and neonatal outcomes,”

We have noticed a strong link between hypo-and hyperthyroidism and infertility as well as their adverse effect on pregnancy and neonatal outcomes for over two decades.

Consequently, routine screening of the general population for thyroid dysfunction at the start of pregnancy, especially when seeking fertility treatment or struggling with miscarriages is highly recommended by experts.

The thyroid produces hormones that play key roles in growth and development. According to the British researchers, changes in thyroid function can have a major effect on reproductive function before, during and after conception.

Hypothyroidism (underactive thyroid) affects about 0.5 per cent of women of reproductive age. In children and teens, the condition is associated with a delay in reaching sexual maturity, according to published reports.

In adult women, hypothyroidism is linked with menstrual problems and a lack of ovulation in some cases. The researchers in the study also noted that thyroid disease is associated with an increased risk of problems during pregnancy, including miscarriages, preeclampsia, poor fetal growth, premature birth and stillbirth.

The thyroid evaluation can be done in any good laboratory and then interpreted by a doctor or better still an endocrinologist. There are also new techniques using bio-energetic testing to determine whether the thyroid gland is stressed or weak at the pre-clinical state before it becomes pathological.

Finally, a good diet with iodide salt and good multivitamin supplement can provide a protection for the thyroid function.

To save your eyes, use contact lenses as prescribed