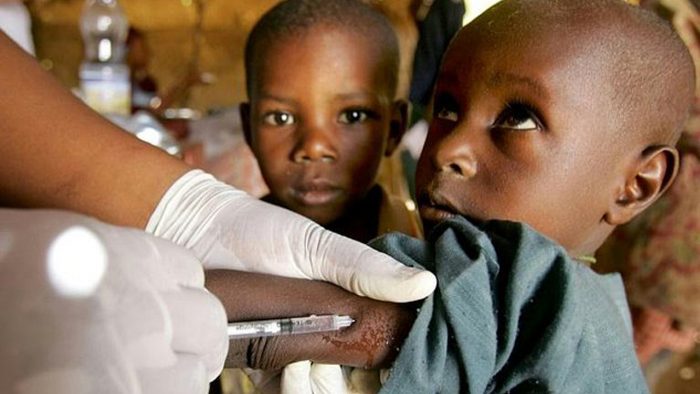 Recently, the World Health Organisation (WHO) and the United States Centre for Diseases Control and Prevention (CDC) reported that more than 140,000 people worldwide died from measles in 2018.

These deaths occurred as measles cases surged globally, amidst devastating outbreaks in all regions. Most deaths were among children under five years of age. Babies and very young children are at greatest risk of measles infections, with potential complications including pneumonia and encephalitis, a swelling of the brain, as well as lifelong disability, permanent brain damage and blindness or hearing loss.

Recently published evidence shows that contracting the measles virus can have further long-term health impacts, with the virus damaging the immune system’s memory for months or even years, following infection. This ‘immune amnesia’ leaves survivors vulnerable to other potentially deadly diseases, like influenza or severe diarrhoea, by harming the body’s immune defences.

To prevent their children from succumbing to the infection, Dr. Motunrayo Bukola from Lagos University Teaching Hopital (LUTH), said parents should ensure vaccination of their children from age zero to five years. Spread of measles infection to other children usually occurs before diagnosis is made in the affected child.
She said: “This is because spread of the infection occurs at the early stage, when specific symptoms like the rash have not developed. So, immunisation is key to preventing acquisition and spread of measles virus infection.

She explained that diagnosis is mostly clinical, as fever, purulent red eyes, cough, coryza; redness with white particles called koplik spot is seen in the mouth.

“This is specific in measles, but may not be seen in some cases, depending on the individual. Then a pattern rash occurs. The rash from measles starts from the hairline and spread downward to the face, neck, trunk and the limbs,” she explained. “In the case of outbreaks or non- specific symptoms, laboratory diagnosis can be made. This is a serological test with identification of measles specific IgM, immunoglobulin M or IgG.

“Measles affects both sexes. It is commoner in children below five years. The child has to be assessed by a doctor, who will examine for likely complications and treat accordingly. Such a child should be isolated, which means he/she should not go to school and other gatherings, where children are. Oftentimes, children have uncomplicated measles without parental knowledge that it was measles. This also occurs in schools and different crèches. So, schools should routinely evaluate the immunisation status of the students, by checking the immunisation cards. Booster doses should also be taken.”

Former President Association of Resident Doctors in LUTH Dr. Olubunmi Omojowolo, said immunisation with measles vaccine must balance the chance of zero conversion with the risk of infection. He said: “This is why in countries with endemic measles, the first dose of measles containing vaccine (MCV) is given as early as nine months, often complemented by another dose during the second year of life.

Experience and modelling have shown that two doses of measles vaccine are required to interrupt indigenous transmission and achieve hard immunity. A single dose in the second year of life will induce immunity in about 95 per cent of immunised people.

“This means that 100 per cent uptake would be required in order to achieve the desired 95 per cent immunity level. However, about 95 per cent of those who fail to respond to a first dose develop immunity from a second dose and hence the benefit of a second dose. In Nigeria, today, immunisation programmes promote two or more dose measles immunisation schedule, with the first dose given during the second year of life and the second dose at an older age that differs between countries.

“Measles vaccine is most commonly administered as part of a combination of live attenuated vaccines that includes measles, mumps, rubella or measles, rubella and varicella (MMR or MMRV). Combination vaccines have been shown to elicit the same immune response as individual vaccines.

“Vaccinating individuals who are already immune to one or more of the antigens in the combination vaccine, either from previous immunisation or natural infection, are not associated with any increased risk of adverse events.”

“Symptoms will appear about nine to 11 days after initial infection. There is often a fever, which can range from mild to severe, up to 40.6 degrees centigrade. It can last several days, and it may fall and then rise again, when the rash appears.

“The reddish-brown rash appears around three to four days after initial symptoms. This can last for over a week. The rash usually starts behind the ears and spreads over the head and neck. After a couple of days, it spreads to the rest of the body, including the legs. As the spots grow, they often join together.”

We Give COVID-19 Result in 1 Hour – Bingham Varsity