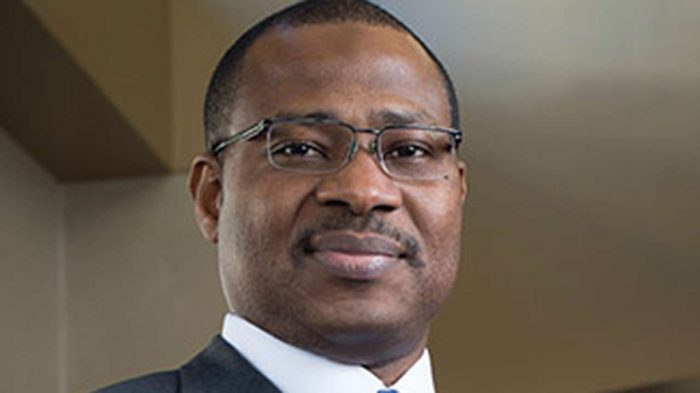 Nigeria’s documentation to be declared polio free was on Thursday, June 18, 2020, accepted by the African Regional Commission for the Certification of Poliomyelitis Eradication (ARCC). The implication of this is that Nigeria has gone through the final process of Wild Polio Virus (WPV) eradication and certification and will officially be declared WPV free by the World Health Organisation (WHO) in August 2020.

Indeed, Nigeria recorded this breakthrough in polio elimination despite the activities of Boko Haram and the significant increase in Wild Polio Virus type one (WPV1) cases globally in 2019.

The feat is significant in the face of many challenges including the poor access to children in some parts of the country due to insecurity, poor health seeking behaviour of Nigerians, vaccine hesitancy, malnutrition, poor sanitation, and inadequate funding for Primary Health Care (PHC), especially at State and Local Government Area (LGA) levels.

The polio-free certification was after careful assessment of the risk of missed transmission in inaccessible areas of Borno, and other countries in the region where there is lack of confidence in surveillance.

The WHO, for the first time on September 25, 2015, delisted Nigeria from the polio-endemic list after interrupting transmission for 12 months beginning from July 24, 2014. Unfortunately, 25 months later, on August 21, 2016, another case of WPV was discovered.

“The ARCC during a virtual meeting on Thursday declared Nigeria polio free. This calls for celebration,” Chairman Expert Review Committee on Polio Eradication, Prof. Oyewale Tomori, had told The Guardian.

Tomori, who is also a virologist and WHO consultant, said: “If you are talking about achievements in healthcare, please help me name one. Oh yes at least we have finally eradicated polio as the last nation in Africa to do so….”

To the President, National Association of Resident Doctors (NARD), Dr. Aliyu Sokombo, “We have recorded quite a few successes in healthcare delivery in Nigeria. Eradication of polio is commendable and improvement of the National Primary Health Care Development Agency (NPHCDA) capacity.”

A polio free Nigeria was achieved by NPHCDA under the leadership of Dr. Faisal Shuaib, a medical doctor and public health specialist. Before Shuaib’s appointment as the Executive Director (ED)/Chief Executive Officer (CEO) of NPHCDA, he was a Senior Programme Officer (Africa) for the Bill and Melinda Gates Foundation (BMGF) at Seattle, United States of America (USA). He was responsible for developing and implementing strategies on polio outbreak response activities in Africa. Prior to joining the foundation, Shuaib coordinated Nigeria’s successful response to the outbreak of Ebola Virus Disease (EVD) as the Incident Manager of the Ebola Emergency Operations Centre in 2014. He was also a member of the six-man panel established to assess the response of the WHO to the global Ebola outbreak in 2014 and provided technical advice to the Federal Ministry of Health (FMoH) and NPHCDA in areas of immunisation and polio eradication activities between 2012 and 2015. Shuaib had in the past also worked as a research associate at the University of Alabama at Birmingham, United Kingdom (UK).

Shuaib in an exclusive interview with The Guardian among other things said the strategies used and structures established to achieve polio eradication could be adopted to contain the Coronavirus disease (COVID-19).

What does it mean to be polio free? Does it mean that there is no circulating vaccine derived polio virus (cVDPV2) in Nigeria? Shuaib said: “This means that the most virulent and lethal forms of polio viruses which we call WPV has been eradicated in all sections of our country, the cVDPVs are still there, the last case was in January 2020. This challenge results from the fact that children who have been vaccinated with Monovalent Oral Polio Vaccine Type 2 shed the viral particles in the environment, which then interacts with other pathogens and becomes virulent especially among children that have not completed their Routine immunization. These are not part of the process for WPV certification and the Government of Nigeria with our partners is taking all the necessary steps required to stop the circulation of cVDPVs.”

Shuaib said: “Routine immunizations (RI) and polio vaccination activities will continue in Nigeria in order for us to continue to build the required herd immunity against polio and other Vaccine Preventable Diseases (VPDs) to be able to prevent a WPV resurgence and maintain our polio free status.

Also note that as long as some countries in the world are still having WPV such as Afghanistan and Pakistan who remain the only polio endemic countries in the East Mediterranean Region, we will continue to retain our Oral Polio Vaccines (OPV) stockpiles. And while we continue with our routine immunization services, we will ensure the vaccines are available for regular mass immunization to forestall the spread of any importation of viruses. Nigeria will continue to have reserves of these vaccines until all countries are certified polio free.”

The NPHCDA boss said the feat is an opportunity to unlock a lot of resources, as Nigeria will not be implementing polio mass campaigns at the same frequency and intensity that was done pre-certification. He said such resources will be channeled through what is called a polio transition plan to address other challenging health needs of the country especially, primary health care. Shuaib said the country’s ten-year agreement (2018 – 2028) with the Gavi Alliance is on course and President Muhammadu Buhari has remained committed to providing the resources contained in the Nigeria Strategy for Strengthening Immunisation and PHC Systems (NSSIPS) document, which we signed, with the Alliance. In other words, we have been fulfilling our obligations.

On the significance of this feat by Nigeria in the global efforts to eliminate polio, the public health physician said:  “It is very significant for Nigeria because at the end of the process, Nigeria would be removed from the list of countries with circulating WPV. That is a thing of pride for our country. It also means that the resources jointly committed to the fight against polio from our development partners have not been in vain.”

Shuaib said he feels fulfilled as citizen of this great country, as a public health professional and as the Executive Director of the NPHCDA. “One of the four-point agenda our team had in 2017 was to build on what previous leaders had done, and with additional strategic innovations, bring an end to polio. It is a thing of joy that we have achieved this feat, and this could only have been done through a multi-sectoral collaborative effort,” he said.

What did Nigeria do right to eliminate polio at last or rather how was polio eliminated from Nigeria? The NPHCDA CEO said: “We got the right resources from Government and development partners; we got the right support from Mr. President, the Honorable Minister of Health and Nigerians. We got the full alignment and support of our traditional leaders especially the Northern Traditional Leaders Committee on Polio Eradication Initiative, Routine Immunization and Primary Healthcare (PEI/RI/PHC) led by His Eminence the Sultan of Sokoto, Alhaji Muhammad Saad Abubakar.

“We got the right support from state governors, donors, and partners, and as well as our Security agencies. We also got the right people at the NPHCDA being in the right places at the right time. We have very hardworking, passionate, determined, and sacrificial health workers, vaccinators, and volunteers in the frontline, who were committed in the fight against polio, and some paid the ultimate price in the line of duty.”

Why is it that the WHO could only declare Nigeria free of polio in August? “The COVID-19 pandemic is perhaps the main reason why the declaration was rescheduled to the month of August 2020, which would occur at the Hon Ministers of Health of the African Region meeting. The declaration and presentation of a polio free certificate was earlier scheduled for June at the 25th meeting of the ARCC immediately after our documentation would have been accepted. As you are aware, COVID-19 has brought a lot of changes in global health systems and this is what is responsible for the delay,” Shuaib said.

What is the role of ARCC? Shuaib said the ARCC is a sixteen-member independent body of experts who have distinguished themselves in the global public health space from around the world including Nigeria. He said the committee was established by the Regional Director of the African regional office of the WHO to independently assess countries’ claims of a polio free status through an evidence based assessment of each country after submission of the completed Polio Eradication Initiative (PEI) documentation. Additionally, he said, the committee reviews several other PEI data sources in the African Region and verifies a country’s claims through field visits.

How can the country translate the experience of polio elimination to contain COVID-19 and other infectious diseases? Shuaib said: “We have already begun deploying the polio eradication experiences and lessons learnt and other resources to address routine immunisation challenges. We are also applying the lessons learnt to the Integrated Diseases Surveillance and Response (IDSR) strategy to improve the prevention, detection, and control of outbreak-prone-diseases. Currently we are deploying the expertise from our agency and partners at National Emergency Polio Operation Center (NEOC) in the fight against COVID-19 and this is yielding positive result in our quest to stop community transmission.”

How to treat female hair loss