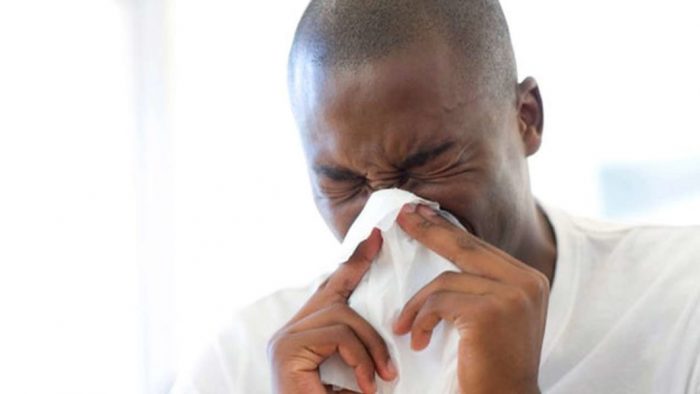 Although the sun has been quite scorching and temperature low, especially in the evenings, making many people to be indoors so as to keep warm. To avoid coming down with health conditions such as cold associated with this type of weather, medical experts have advised that necessary precautions be taken.

Children are especially vulnerable, as they easily succumb to certain ailments brought about by the weather. So, parents have been advised to ensure their children are well cared for, to protect against common cold.

To avoid the discomfort instigated by these ailments, some of the recommended safety measures include eating healthy foods that contain lots of vitamins, going to bed early, as well as wearing appropriate and comfortable clothes.

He said: “If your doctor suspects you have a bacterial infection or other condition, he or she may order a chest x-ray or other tests to exclude other causes of the signs and symptoms. Commonly used cold remedies include pain relievers.

“For a fever, sore throat and headache, many people turn to acetaminophen, tylenol, or other mild pain relievers. Acetaminophen should be used for the shortest time possible, and people should follow label directions to avoid side effects.

“It is important to use caution, when giving aspirin to children or teenagers. Children and teenagers recovering from chickenpox or flu-like symptoms should never take aspirin, which has been linked to Reye’s syndrome, a rare but potentially life-threatening condition in children.

“Consider giving your child over-the-counter (OTC) pain medications designed for infants or children. These include acetaminophen, children’s Tylenol, ibuprofen, children’s Advil and children’s Motrin, among others, to ease symptoms.

A Family Physician, Dr. Chukwuma Ogunbor, said the Food and Drug Administration (FDA) and the American Academy of Pediatrics strongly kick against giving OTC cough and cold medicines to children younger than four years, as they may be harmful.

He said: “There is no good evidence that these remedies are beneficial or safe for children. It is not typically recommended that you give cough or cold medicines to an older child, but if you do, follow the label directions. Do not give your child two medicines with the same active ingredient, such as an antihistamine, decongestant or pain reliever.

“Too much of a single ingredient could lead to an accidental overdose.

You may know that cold and flu season is here with us, but that does not make it easier, when you see your little one struggling with a cough and stuffy nose. Children under the age of five, and particularly under two years are, at high risk during cold and flu season.”

He explained that colds and flus are viral infections. And antibiotics won’t help to clear up infection. However, there are steps that can be taken to help children feel better, while their immune system battles the virus.

He said: “Keep your child hydrated to help reduce cold and flu symptoms, and make them feel better. Fever can result in dehydration. Your child may not feel as thirsty as, he or she normally would, and may be uncomfortable when drinking. So, it’s important to encourage him or her to drink plenty of fluids.

“Dehydration can be very serious in babies, especially if they’re under three months. Call your pediatrician, if you suspect your baby is dehydrated. Some signs may include no tears when crying, dry lips, soft spots that seem sunken in, decreased activity and urinating less than three to four times in 24 hours.

“Attempt to breastfeed infants more frequently than usual. Babies may be less interested in breastfeeding, if they’re sick. So, you may have to give several short feeding sessions for them to consume enough fluid.

“Ask the doctor if an oral rehydration solution like pedialyte is appropriate. Remember that you should not give little ones sports drinks. Older children have more hydration options, which may include sports drinks, popsicles, juice, broth and flat white soda.”

According to him, medicated nasal sprays are not recommended for young children. However, there are several easy ways to clear up a stuffy nose without medication.

“Use a cool mist humidifier in the child’s room,” he said. “This will help break up mucus. Be sure to carefully clean the humidifier between uses to keep mould from developing in the machine.

“Another option is using a saline nasal spray or drops, which make thin mucus easier to blow out or remove with a bulb syringe. This is especially helpful before feeding and bedtime.”

Should we be scared of butter?

Lung cancer and cough: What is the connection?