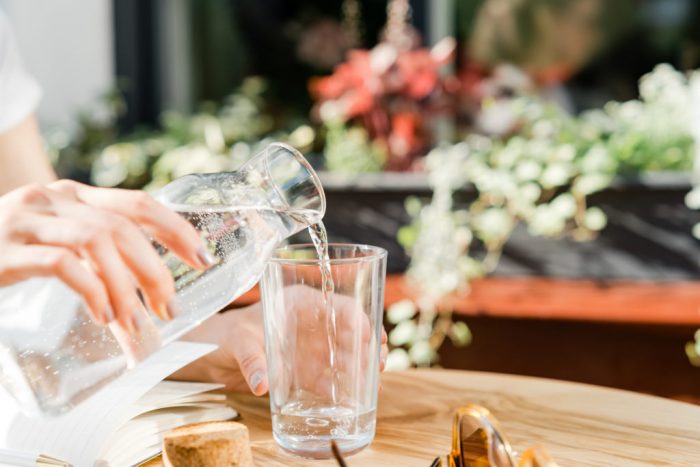 An analysis of pooled data from 15 population studies around the world suggests that higher levels of trace lithium — a metal used in some psychiatric medicines — in public drinking water is associated with lower rates of suicide.

Lithium is primarily prescribed by doctors to help stabilize the moods of people with bipolar disorder and to reduce their risk of suicide.

Most rocks contain trace amounts of the element. Weathering washes it into groundwater and standing water, which is how the chemical finds its way into the public water supply.

Several studies over the years have found associations between relatively high amounts of lithium in drinking water and lower rates of suicide across various populations.

Recently, researchers at Brighton and Sussex Medical School and King’s College London, both in the United Kingdom, have now pooled data from 15 of these studies in a meta-analysis.

The studies included had been conducted in the United States, Austria, Greece, Italy, Lithuania, the U.K., and Japan, encompassing a total of 1,286 regions, counties, and cities.

The new meta-analysis suggests a clear relationship between higher levels of lithium in public drinking water and lower rates of suicide among these populations.

The research has been published in The British Journal of Psychiatry.

Individuals who take lithium as a mood stabilizer are monitored to prevent excess amounts from building up in the blood, which can have toxic effects. However, the amounts of lithium in drinking water are hundreds of times lower than those in medications.

“The levels of lithium in drinking water are far lower than those recommended when lithium is used as medicine, although the duration of exposure may be far longer, potentially starting at conception,” says Prof. Allan Young, the senior author of the new analysis and director of Centre for Affective Disorders at King’s College London.

Suicide is a major cause of preventable death around the world, and public health experts are searching for new ways to reduce the toll and address the underlying suffering of individuals and their loved ones.

The National Institute of Mental Health estimate that, in 2017, more than 47,000 people in the U.S. died by suicide. Among people ages 10–34 years old, suicide was the second leading cause of death after “unintentional injury.”

The World Health Organization (WHO) report that globally there are around 800,000 deaths by suicide every year, which is equivalent to one such death every 40 seconds.

The study authors say that the next step may be to investigate the effects of adding lithium in trace amounts to the water supplies of particular communities.

They suggest that the research could focus on communities or areas with a high risk of suicide and high prevalences of mental health problems, chronic substance abuse, and violent criminal behavior.

While this may seem like a promising way of controlling suicide rates at a community level, the notion is highly controversial from an ethical point of view.

They discuss the potential harms and benefits and focus particularly on the ways in which it would bypass individual autonomy.

“Whether and how we should administer trace amounts of lithium depends in part on what future empirical evidence reveals,” they argue.

Commenting on the findings of the current study, Prof. Carmine Pariante, from the Royal College of Psychiatrists, in the U.K., who was not involved in the research, suggests that “This study shows that the boundaries between medication and nutritional interventions are not as rigid as we used to think, opening up the possibility of new treatments that span both domains.”

Speaking to the Science Media Centre, in London, Prof. Keith Hawton, director of the Centre for Suicide Research, at the University of Oxford, observes:

“Whether the results of this review truly indicate a potentially useful element for suicide prevention policy remains unclear. Nevertheless, there would appear to be grounds for further investigating whether supplementing lithium levels in domestic water supplies could help to prevent some deaths, especially in countries with higher suicide rates.”

While the idea of adding a mood-altering chemical to drinking water is controversial, there may be another argument in its favor: There is some evidence that microdoses of lithium may also help reduce the risk of Alzheimer’s disease.

Clinical trials investigating the effects of lithium microdoses on the risk of dementia in people, however, have yet to be performed.

Still, an epidemiological study in Denmark found an association between higher levels of lithium consumed by populations in their drinking water and a lower risk of dementia.

Overall, the current findings contribute to an ongoing discussion about the merits and risks of lithium microdoses on mental and neurological health.

If you know someone at immediate risk of self-harm, suicide, or hurting another person:

If you or someone you know is having thoughts of suicide, a prevention hotline can help. The National Suicide Prevention Lifeline is available 24 hours per day at 800-273-8255. During a crisis, people who are hard of hearing can call 800-799-4889.

Conditions that cause infertility in women