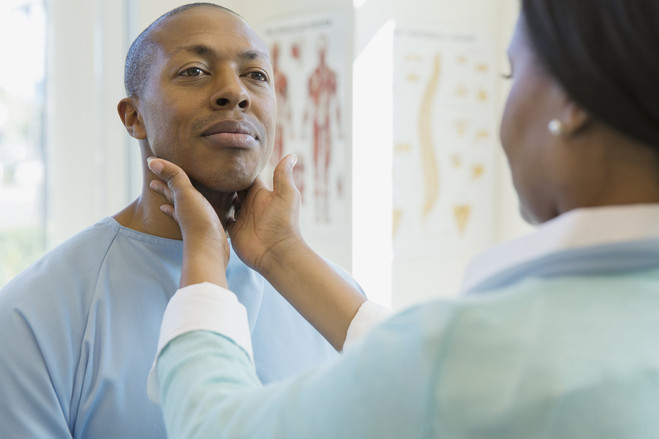 Physicians advise that routine visits with a health care provider can help men in preventing serious illnesses, as problems that are common to them can be readily diagnosed and treated before they spiral out of control.

A Guttmacher Report on Public Policy laments that for much of their lives, men need a range of medical and, in particular, educational and counseling services to protect their health and well-being, as well as to equip them to be good partners and fathers.

It notes that though policymakers are beginning to focus on men’s roles as fathers and husbands, little attention is being paid to their sexual and reproductive health needs. “Available data illustrate that those needs are substantial and long-term,” the report further says.

What are these health peculiarities that men should be aware of and guard against for overall wellbeing? Read on.

Also known as induratio penis plastica or chronic inflammation of the tunica albuginea (the fibrous covering of the testis), physicians say this disease is caused by scar tissue along the length of the male sex organ, causing it to bend. The condition can make sexual intercourse painful or difficult outright, they submit.

A General Practitioner, Dr. Grace Asiodu, says while the cause of this disease is basically unknown, researchers believe that it can develop after a trauma to the male sex organ — such as if something hits it hard, which may lead to internal bleeding inside the penis.

Again, she says — and this is instructive — certain medicines can have side effects that include Peyronie’s disease. “That is why we say it’s dangerous to indulge in self-medication or abuse of drugs that the doctor may have prescribed for you at one point or the other,” Asiodu warns.

She also discloses that the disease sometimes runs in families, but that if sexual intercourse is not affected, it may not elicit much anxiety.

She says the problem is mostly visible when the penis is erect, as it can cause the organ to bend into an arc shape, a situation that sometimes results in sharp pain.

In terms of overall healing of this disease, opinion differs. While some doctors say the situation can resolve itself in about five to 19 per cent of the cases, some patient’s case may require surgical correction.

However, according to Dr. Culley C. Carson III of the University of North Carolina, “a full recovery isn’t guaranteed.”

Do you love to swim? Actually, there’s absolutely nothing wrong with swimming, except that you should know ahead of it the types of fish that can be your unwanted companion while the exercise lasts!

One fish to beware of as you swim is the candiru — also known as the vampire fish or toothpick fish. Experts describe it “as a species of parasitic freshwater catfish that is peculiar to Latin America.

The horror surrounding this small fish is that, unlike other fish that we know, it is parasitic and feed on blood!

How this affects you as a man? Here: the fish is so tiny that it can literally swim into your penis opening as you swim. Once inside of your manhood, it sees your urethra as a fish’s gill and then spreads a network of umbrella-like spines, which allow it to feed on your blood.

Experts say it could be removed through surgical intervention; but they also warn that the process could be terribly painful.

So, before you jump into that water, you may want to wear a cap on your manhood!

Too many women can kill

Many men count it a symbol of virility by getting around with many sexual partners. Physicians are saying it’s one sure way to a diseased life.

Asiodu says Chlamydial urethritis is caused by the bacteria Chlamydia trachomatis, and it can cause the inflammation or blockage of the urethra. When you consider the fact that the urethra serves as the passage for urine and semen during sexual intercourse, you’d work hard to protect your own!

The physician adds, “Chlamydia and gonorrhea often occur together, and it affects people who are sexually active and those with multiple sexual partners.”

The symptoms include difficulty in urinating, painful urination, burning sensation during urination, discharge from the penis, redness, swelling, itching of the opening of the urethra at tip of the penis, swelling and tenderness of the testicles

“The symptoms can appear similar to those of infection with gonorrhea, but continue even after treatment for gonorrhea,” experts at medlineplus, an online community, say.

In fact, as bad as this infection is, a case study from India reports that the infection can leave the penis twisted and swollen, making sexual intercourse absolutely impossible!

So, men who think that conquering the world amounts to fooling around sexually should reconsider.

Vigorous sex can break you

In these days of unguarded drug use, it’s not uncommon to see men who take aphrodisiacs at will, all in a bid to give their partners unpleasant surprises on the bed. However, researchers at Ohio State University warn that vigorous sex can break the cylindrical tubes that fill with blood when you have an erection (the corpus cavernosa)!

The scientists warn, “These tubes can rupture and cause blood to fill your penis, leading to swelling and permanent deformity or loss of sexual function if not surgically treated immediately.”