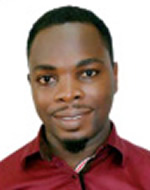 Based on brain and body sizes, dogs are among the smartest animals on the planet. Only humans, the great apes, porpoises and elephants are smarter.

In fact, the average dog has the language understanding of a two-year-old child, and understands numbers like a child ages two and three years old.

“Super dogs,” which are those in the top 20 per cent of intelligence rating, can learn as much as 250 words. It is also interesting to know that researchers have taught a border collie named Chaser more than 1,000 words — about the same vocabulary as a three-year-old.

If your dog can understand at least 150 words, can count up to five and is smart enough to out-smart you, you may ask the question, “can dogs really count? The answer is ‘No,’ as you can’t ask a dog ‘what’s one plus one’ and get an answer. But tests show that dogs can count up to four or five and understand the idea of addition and subtraction.

If a dog sees a bowl with five pieces of food and another with two, he’ll likely choose the bowl with more pieces.

According to neuropsychologist Stanley Coren, PhD, author of Born to Bark, the three major types of dog intelligence are:

Instinctive intelligence: This really refers to what a dog was bred for. For example, herding dogs were bred to herd animals. Their ability to round up animals, keep them close together, and drive them in a particular direction is inborn. Different breeds obviously have different instinctive intelligence.

Guard dogs watch over things; retrievers fetch, hounds track or pursue; pointers sniff out birds and indicate their location by pointing; while companion dogs are attuned to human social signals and respond to our moods to provide comfort.

Every dog has an instinctive intelligence, but it is senseless to make comparisons across breeds as to which are “smarter” in this respect. Their abilities are simply too different to compare.

Adaptive intelligence: This is basically a measure of what a dog can learn to do for itself. It includes learning and benefiting from experience with his environment, solving new problems, and so forth. Adaptive intelligence can differ among dogs of the same breed.

Working and obedience intelligence: It is the closest to what we might call school learning ability, and is based upon what the dog can learn to do when instructed by humans.

Comparing breeds can be hard for the first two types, but there’s a wide range in brainpower among breeds in working and obedience intelligence.

For example, border collies are considered the smartest breed in training and obedience. In a survey, 199 of 208 obedience training judges ranked border collies in the top 10. The others, in order, were poodles, German shepherds, golden retrievers, Dobermans, Shetland sheepdogs, Labrador retrievers, Papillions, Rottweilers, and Australian cattle dogs. Afghan hounds ranked lowest on tests of working and obedience intelligence. They were considered the least “trainable” breed, followed by the Basenji, Bulldog, Chow chow, Borzoi, Bloodhound, Pekingese, Beagle, Mastiff and Basset hound.

However, this does not mean that we should stop breeding the dogs low in the rankings to “improve the species.” Rather, we need to realise that every dog has an instinctive intelligence for which it was bred. Thus, the Afghan hound, at the bottom of the list, was bred to spot, pursue and pull down antelopes and gazelles. If you ever saw one of them running, you would appreciate how refined his skill as a running hunter is.

In addition, some of the dogs lower in the intelligence list have other qualities. The Afghan hound is, arguably, among the most beautiful of dogs.

It is also quite interesting to note that smarter breed of dogs can be more demanding than less smart breeds because they tend to need more attention and may be more high-strung and quicker to react in both positive and negative ways. In addition, you may have to spend much more time “civilising” your clever dog so that it learns the limits of behaviour in your household.

I want you to realise that every dog is smart and intelligent; it’s just that some are smarter than others.

If you are interested in improving on the adaptive and working intelligence level of your dog, you can work on training commands. When your dog learns more training commands, he is increasing his vocabulary. Not only does training help increase vocabulary, it keeps your dog busy and active, which stimulates his brain.

In addition, when giving vocal commands, make it mono-syllabic. “Sit down there” are three commands “sit” “down” “there.” Using one word per command helps dogs learn faster.

It has been found that dogs raised in a mentally stimulating environment learn faster than dogs raised in a boring one, because new experiences and challenges help new neural connections from inside the dog’s brain.

Have a wonderful weekend.

Doctor, what’s in it for me?