Home Tips You can have risk-free pregnancy and childbirth 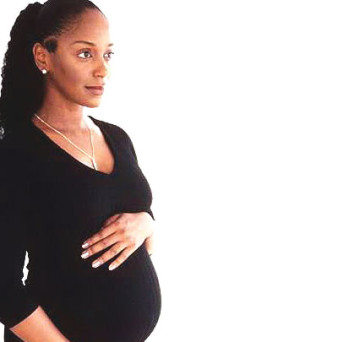 The habits a woman maintains during pregnancy will determine the outcome – for good or bad. And that is why experts counsel expectant mothers to keep in regular touch with their physicians while the pregnancies last.

At a media workshop on fistula sponsored by the United States Agency for International Development, experts warn that the period of pregnancy is such a delicate one that may not be trifled with, what with the fact that a pregnant woman is prone to so many injuries if she is delivered of the baby by an unskilled person.

Gynaecologist/Project Manager, Engender Health/USAID Fistula Care Plus, Dr. Habib Sadauki, warns that in reality, no pregnancy is safe, underscoring the need for the pregnant woman to take adequate precautions in order to avoid preventable injuries such as obstetric fistula. What are these precautions? Read on.

Sadauki warns that sickness or poor nutrition generally causes problems for mothers during pregnancy and childbirth; while in later life, it can make a difference in the life of a girl-child that is born under such circumstances.

Nutritionist, Dr. Hope Dominic, says malnourished adolescent girls and women are more likely to give birth to low birth weight infants who are malnourished in childhood and later life, thus transferring undernutrition from one generation to the next.

But worse is the association between malnourishment and stunting, and their consequent effects on pelvic size; as stunting suggests chronic malnutrition which usually results in low height for age.

Gynaecologists say the pelvis is what the baby must find a way through in order to be born, and so its size will have some effects on how easy labour is going to be.

Though the pelvis is an elastic system of bones that can widen and stretch, and which is very flexible at the joints so that it can open wide during labour, some women’s pelvic capacity may be limited and that may make them have difficulty in giving birth.

In order to save your baby girl from stunting that may also result in small pelvic bone in adulthood, therefore, eat well by getting enough vitamin D and calcium, as well as other nourishments from your food throughout your pregnancy period and during breastfeeding.

While the government has been trying to make health care accessible and affordable, the fact remains that most women who live in rural areas travel long distance to access medical care. Consequently, Sadauki laments, vaginal fistulas are much more common among them.

Physicians warn that after days of pushing a baby that does not fit through the birth canal, very young mothers can have severe vaginal, bladder, or rectal damage, sometimes causing fistulas.

“Obstetric fistula is the most devastating and serious of all childbirth injuries and it most commonly occurs among women who give birth without any access to medical help,” Clinical Associate with Fistula Care Plus, Dr. Suleiman Zakariya, says.

He notes that for women with obstructed labour or labour that goes unattended, the labour can last up to six or seven days. This almost always results in fistula.

“The lack of blood flow causes this delicate tissue to die, creating holes between the labouring mother’s bladder and vagina and/or between the rectum and vagina. This is what produces urine leakage in a fistula patient.”

Indeed, experts say more than 75 per cent of women who have obstetric fistula have endured labour that lasted three days or more!

This being the case, why would you put yourself through such stress? Rather, seek medical care in good hospital and save yourself the horror of developing obstetric fistula!

Some pregnant women view C-Section with suspicion. Yet, the baby’s birth size and the mother’s pelvic size would determine whether or not the mother would undergo a C-Section, physicians say.

Another thing that can make doctors determine whether a pregnant woman would undergo C-Section is malpresentation, for example, if a baby presents with breech or transverse lie.

Again, women who have had repeat Caesarean sections such as two sections nearly always have to undergo C-Section in subsequent births. This is one of the reasons why family planning is essential.

Sadauki allays the fear that any woman may have about C-Section, saying the essence is to prevent injury to the mother and preserve her baby’s life.

Indeed, evidence shows that the majority of mothers who develop obstetric fistula because of prolonged labour also end up losing their babies.

Again, physicians warn that in case of multiple births, a pregnant woman may not be allowed to undergo vaginal delivery. In the case of twins, physicians say, the mother may be allowed to have them vaginally if all the indices are right; but certainly not when you’re talking of triplets or more!

Sadauki says 12,000 new cases of fistula happen in Nigeria annually, while about 150,000 women currently have it. And though it’s a life-shattering experience for the woman, her husband and the entire community, it is not the end of the road for anyone.

“Fistula is repairable and, so far, about 5,000 cases are repaired annually,” Sadauki assures. He disclosed that Nigeria currently hosts 11 fistula repair centres in 10 states.

“These are Sokoto, Kebbi, Zamfara, Katsina, Kano, Bauchi, Kwara, Oyo, Ebonyi and Cross River states; while there is plan to also work in Jahun, Jigawa State,” the physician says.

To cap it all, though fistula repair costs about N100,000, the surgery is free for any woman who needs it, having been paid for under the Fistula Care programme by the United States Agency for International Developoment.

So, don’t die in silence.

MIND diet may protect against Alzheimer’s