Home Common Ailments What is Obesity? 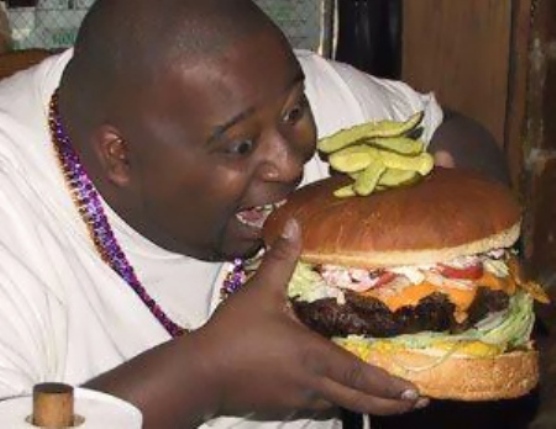 Obesity is a condition where a person has accumulated so much body fat that it might have a negative effect on their health.

What is Body Mass Index (BMI)?

The body mass index (BMI) is a statistical measurement derived from your height and weight. Although it is considered to be a useful way to estimate healthy body weight, it does not measure the percentage of body fat. The BMI measurement can sometimes be misleading – a muscleman may have a high BMI but have much less fat than an unfit person whose BMI is lower. However, in general, the BMI measurement can be a useful indicator for the ‘average person’.

Why do people become obese?

People can become obese for many different reasons. Lets look at some of the most common ones:

1) Consuming too many calories.

These days people are eating much more food than in previous generations. This used to be the case just in developed nations – however, the trend has spread worldwide.

Despite billions of dollars being spent on public awareness campaigns that attempt to encourage people to eat healthily, the majority of us continue to overeat. In 1980 14% of the adult population of the USA was obese; by 2000 the figure reached 31% (The Obesity Society).

In the USA, the consumption of calories increased from 1,542 per day for women in 1971 to 1,877 per day in 2004. The figures for men were 2,450 in 1971 and 2,618 in 2004. Most people would expect this increase in calories to consist of fat – not so! Most of the increased food consumption has consisted of carbohydrates (sugars). Increased consumption of sweetened drinks has contributed significantly to the raised carbohydrate intake of most young American adults over the last three decades. The consumption of fast-foods has tripled over the same period.

Various other factors are also said to have contributed to America’s increased calorie and carbohydrate intake:

With the arrival of televisions, computers, video games, remote controls, washing machines, dish washers and other modern convenience devices, people are commonly are leading a much more sedentary lifestyle compared to their parents and grandparents.

Some decades ago shopping consisted of walking down the road to the high street where one could find the grocers, bakers, banks, etc. As large out-of-town supermarkets and shopping malls started to appear, people moved from using their feet to driving their cars to get their provisions. In some countries, such as the USA, dependence on the car has become so strong that many people will drive even if their destination is only half-a-mile away.

The less you move around the fewer calories you burn. However, this is not only a question of calories. Physical activity has an effect on how your hormones work, and hormones have an effect on how your body deals with food. Several studies have shown that physical activity has a beneficial effect on your insulin levels – keeping them stable. Unstable insulin levels are closely associated with weight gain.

Children who have a television in their bedroom are much more likely to be obese or overweight than kids who do not, researchers from the Pennington Biomedical Research Center in Baton Rouge, LA, reported in the American Journal of Preventive Medicine (December 2012 issue).

If you would like to know your daily calorie intake for your weight and height, take a look at our article how many calories should I eat a day?

Research has suggested that if you do not sleep enough your risk of becoming obese doubles. Research was carried out at Warwick Medical School at the University of Warwick. The risk applies to both adults and children. Professor Francesco Cappuccio and team reviewed evidence in over 28,000 children and 15,000 adults. Their evidence clearly showed that sleep deprivation significantly increased obesity risk in both groups.

The new coronavirus may spread more easily in crowded homes