Home Articles What can you do to reduce fibroid pain? 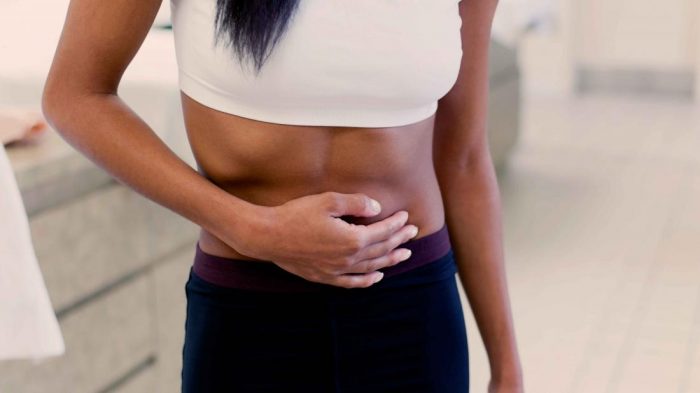 Many people with uterine fibroids have no symptoms, but others may experience pain and abnormal vaginal bleeding. For some people living with fibroids, the pain is intense enough to interfere with daily life.

Uterine fibroids are noncancerous growths that form inside the uterus. They can grow quite large and cause pain and pressure.

Fibroid pain usually occurs in the lower back or pelvis. Some people also experience stomach discomfort, intense cramps when menstruating, or pain during intercourse.

Easing the pain at home

There is little evidence that home remedies can ease fibroid pain. However, there are a few methods that people can try.

Some people may be interested in trying herbal remedies to shrink the fibroids and ease the pain. A 2013 Cochrane review analyzed previous research on the use of common herbal remedies — including Tripterygium wilfordii and Guizhi Fuling — to treat fibroids and their symptoms.

The researchers concluded that the quality of the data in the reviewed studies was insufficient to support the use of these herbal remedies.

Making lifestyle changes may be a more effective way for people to ease their fibroid pain.

A person can take medication to help ease fibroid pain. However, medication will not cure fibroids, and a person may require surgery later on.

These types of drugs may help ease fibroid symptoms:

The GnRH agonists may cause side effects, so doctors recommend that people take these for no longer than 6 months. After a person stops taking these drugs, the fibroids typically grow back.

When fibroids cause pain, and medication does not work, a person may consider surgery. Doctors may recommend one of the following surgical procedures:

Other symptoms of fibroids

In addition to pain, some people experience the following symptoms:

Many people find out that they have fibroids during a routine pelvic exam. A doctor can often feel the fibroids in the uterus during the exam.

A doctor can also detect fibroids by performing imaging tests, such as:

Doctors do not fully understand what causes fibroids, but some possible causes and risk factors include:

It is not possible for a doctor to diagnose fibroids based on a person’s symptoms alone.

Many other conditions, including infections, pregnancy loss, and cancer, may share some of the symptoms of fibroids, so it is important to see a doctor for unusual bleeding or pelvic pain.

A person who already knows that they have fibroids should see a doctor if they experience:

Many people develop uterine fibroids without being aware of them. However, some individuals may experience severe pain and need surgery or other treatments.

A person experiencing fibroid pain can stretch, use heat, or take OTC medications, but if the pain does not improve, they should see a doctor.

A doctor can guide treatment decisions by helping a person weigh up the risks and benefits of various symptom management options.

If you are infertile, watch your job

How to prevent prostate problems