Home Common Ailments Watch the drugs you give your baby 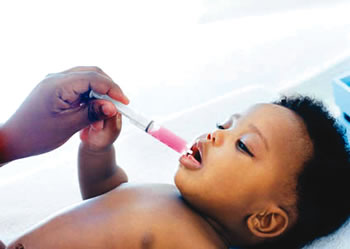 Being a parent comes with a load of responsibilities. We do our best to give the best foods, and also to clothe our children for the weather. And when it comes to caring for a sick child, the task gets more daunting.

The awful truth is that before the average Nigerian parents take a sick child to the hospital, they would have explored every other means, especially in terms of buying over-the-counter medications they may think would help the sick child.

Yet, experts warn that there are over-the-counter medications that may end up doing more harm than good for a sick baby! Physicians say certain common medications for some ailments might actually be dangerous for your baby.

They add that children are more sensitive to medications than adults are; and if given the wrong dose, they could be harmed by even some of the most common and seemingly harmless over-the-counter medicines.

Some of the medications that fall into this category, according to paediatricians, include the following…

For whatever reasons, when a child has cold, it affects the eyes, which can water uncontrollably and be irritated, leading to discomfort for the sick child. Paediatrician, Dr. Mayowa Daniel, says the child may rub the eyes continuously – a situation that sometimes makes mothers settle for eye drops such as chloramphenicol.

Daniel says chloramphenicol eye drops, which is sold across the counter, is an antibacterial eye preparation that is indicated for bacterial eye infections – a common cause of conjunctivitis, for instance.

She explains, “In conjunctivitis, the eye becomes inflamed, feels gritty, and may water more than usual. The white of the eye may look red, and the eyelids can become swollen and stuck together with a discharge when you wake up in the morning. Only one eye may be infected to begin with, but it often spreads to both eyes.”

She says while most cases of infective conjunctivitis clear within a few days without treatment, more severe infections, or infections that do not clear on their own, may require an antibiotic eye drop or ointment such as chloramphenicol which, ideally, should be prescribed by the doctor.

She notes that the problem with buying this drug over the counter is that many people don’t know that it has restrictive use!

Many parents don’t know this, hence the need to be careful.

Daniel laments that even among breastfeeding babies, constipation is common. “This is simply because some nursing mothers don’t take enough fibres in their diet; and when a child takes in the breast milk, it affects the baby, hence the nature of the stool he passes,” the paediatrician says.

She, however, warns against the regular use of laxatives – whether among adults or for babies.

She notes, “While laxatives may offer temporary relief, they are not long-term solutions, as they don’t cure constipation. If you use laxatives too much, they could aggravate the constipation and cause other bowel problems as well.

“With prolonged use, the colon can become dependent upon the laxative for evacuation. When the colon has been exposed to laxatives and stool softeners for a long time and then it does not get an expected dose, constipation can occur. In other words, your body may forget how to release waste on its own. So, instead of using laxatives for a constipated baby, try fruit juice or, better still, the entire fruit if the baby can chew.”

For the average Nigerian parent, once a child has a high temperature, the assumption is that he has malaria. And the next line of action is to go get anti-malarial medications, more often without the doctor’s prescription.

Daniel says many parents are not aware of the dangers posed by fever medications that contain Aspirin, warning against using such for babies.

She counsels, “Never give aspirin or any medication containing aspirin to your baby unless the doctor tells you to. Aspirin can make a child susceptible to Reye’s syndrome – a rare illness that children can develop while recovering from a viral infection such as the flu, a cold, or chicken pox. It affects all organs of the body but is most harmful to the brain and the liver. Instead, take the child to the hospital for better diagnosis and treatment.”

Professor of Physiology at the Faculty of Basic Medical Sciences, College of Medical Sciences, University of Calabar, Asuquo Archibong, adds that even by using the common anti-malarial drug, Coartem, things could go wrong.

How many times a day should a person pee?