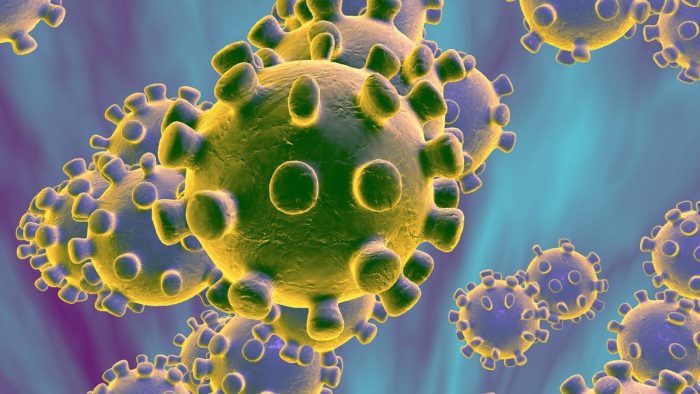 A new form of viral pneumonia is spreading in China and has already been detected in neighbouring countries. In response to the outbreak of new strand of coronavirus, the World Health Organisation has urged countries to “strengthen their preparedness for health emergencies”.

Meanwhile, the Chinese government is keen to avoid a repeat of Severe Acute Respiratory Syndrome (SARS) or severe acute respiratory syndrome, another coronavirus that started in 2002 and killed nearly 800 people. But what is this new strand and what effect does it have on people?
Here is what you need to know.

What is the virus?
Coronaviruses (CoV) are a large family of viruses causing illness ranging from the common cold to more severe diseases such as Middle East Respiratory Syndrome (MERS-CoV) and Severe Acute Respiratory Syndrome (SARS-CoV).It is called a novel coronavirus (nCoV) when a new strain has been identified in humans.

Public Health England (PHE) is currently using the name Wuhan novel coronavirus (WN-CoV) for the new strand – named after where it was discovered – until there is an internationally accepted name for the virus and the disease or syndrome it causes. You may also see it referred to as the 2019 novel coronavirus (2019-nCoV) elsewhere.

Where did the virus come from?
On December 31, last year, the World Health Organisation (WHO) was informed of a cluster of cases of pneumonia of unknown cause in Wuhan City, Hubei Province, China.

On January 12 this year the novel coronavirus had been identified in samples obtained from cases. Initial analysis suggested that this was the cause of the outbreak. Many, but not all, of the cases identified in Wuhan had been to or worked in a seafood and live animal market in the city (Huanan South China Seafood Market).
This market was closed on January 1, 2020, and sanitised. As of January 14, no additional cases had been detected in Wuhan since January 3.

What are the symptoms?
A vendor gives out copies of newspaper with a headline of ‘Wuhan break out a new type of coronavirus, Hong Kong prevent SARS repeat’ at a street in Hong Kong.

Fever, fatigue and dry cough are the main symptoms in the early stage of illness and some patients may not progress to more severe illness, according to PHE.

Dyspnoea – a condition that causes difficulty with breathing – is said to be common in hospitalised patients, while vital signs were reported to be generally stable at the time of admission. Older patients with an underlying disease were more likely to progress to severe disease.

As of January 12, six of the 41 patients had recovered and been discharged, six have severe illness, and one patient died – though at least two more have died since. One individual who died was 61 and had pre-existing significant medical conditions and required intensive care.

How is the virus passed on?
Some coronaviruses are passed on easily from person to person, while others are not. Little is known about WN-CoV at this stage and investigations are ongoing but it is “reasonable to assume” the strand could be passed on between animals and humans, according to government advice.

That is because many cases were associated with a market containing a range of dead and live animals. According to Public Health England (PHE), authorities in China reported on January 14 that an infected man had worked in the Huanan seafood market, but his wife, who is also a confirmed case, denied having been to the same market. This means it is possible that there is limited human-to-human transmission within a family setting, but investigations are ongoing. Other coronaviruses are airborne and can be passed on between humans.

Should tourists avoid any countries?
The WHO is not currently recommending any trade or travel restrictions, based on information available.

Is there a vaccine?
When a disease is new, there is no vaccine until one is developed. It can take a number of years for a new vaccine to be developed, according to WHO.

Unwanted thoughts are easier to control when rested

Society should know that real men do cry