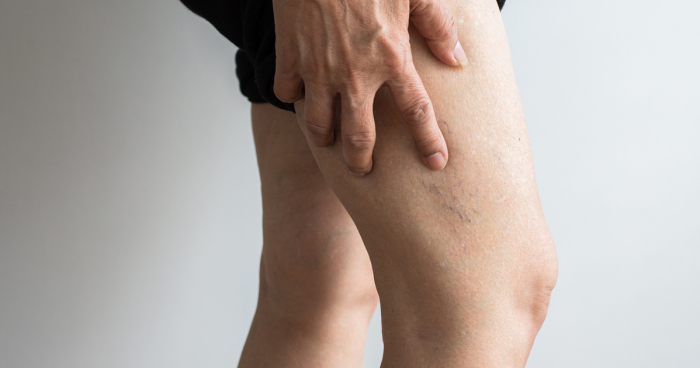 Deep Vein Thrombosis and Pulmonary Embolism (DVT/PE) are often under-diagnosed and serious, but preventable medical conditions. Deep vein thrombosis (DVT) is a medical condition that occurs when a blood clot forms in a deep vein. These clots usually develop in the lower leg, thigh, or pelvis, but they can also occur in the arm.

It is important to know about DVT because it can happen to anybody and can cause serious illness, disability, and in some cases, death. The good news is that DVT is preventable and treatable if discovered

Risk Factors for DVT
Almost anyone can have a DVT. However, certain factors can increase the chance of having this condition. The chance increases even more for someone who has more than one of these factors at the same time.
Following is a list of factors that increase the risk of developing DVT:
*Injury to a vein often caused by: fractures, severe muscle injury, or major surgery (particularly involving the abdomen, pelvis, hip, or legs).

*Slow blood flow, often caused by: Confinement to bed (example, due to a medical condition or after surgery); Limited movement (example, a cast on a leg to help heal an injured bone); sitting for a long time, especially with crossed legs; or paralysis.
*Increased estrogen, often caused by: birth control pills, hormone replacement therapy, sometimes used after menopause, pregnancy, for up to three months after giving birth
*Certain chronic medical illnesses, such as: heart disease, lung disease, cancer and its treatment, inflammatory bowel disease (Crohn’s disease or ulcerative colitis)

Other factors that increase the risk of DVT include: Previous DVT or PE, family history of DVT or PE, age (risk increases as age increases), obesity, a catheter located in a central vein, inherited clotting disorders
Preventing DVT

The following tips can help prevent DVT:
*Move around as soon as possible after having been confined to bed, such as after surgery, illness, or injury.
If you’re at risk for DVT, talk to your doctor about:
*Graduated compression stockings (sometimes called “medical compression stockings”)
*Medication (anticoagulants) to prevent DVT.
When sitting for long periods of time, such as when traveling for more than four hours:
*Get up and walk around every two to three hours.
Exercise your legs while you’re sitting by:
*Raising and lowering your heels while keeping your toes on the floor
*Raising and lowering your toes while keeping your heels on the floor
*Tightening and releasing your leg muscles
Wear loose-fitting clothes.
You can reduce your risk by maintaining a healthy weight, avoiding a sedentary lifestyle, and following your doctor’s recommendations based on your individual risk factors.
Symptoms
About half of people with DVT have no symptoms at all. The following are the most common symptoms of DVT that occur in the affected part of the body: swelling, pain, tenderness, redness of the skin. If you have any of these symptoms, you should see your doctor as soon as possible.
PE: You can have a PE without any symptoms of a DVT.
Signs and symptoms of PE can include:
*Difficulty breathing
*Faster than normal or irregular heart beat
*Chest pain or discomfort, which usually worsens with a deep breath or coughing
*Coughing up blood
*Very low blood pressure, lightheadedness, or fainting

If you have any of these symptoms, you should seek medical help immediately.
Diagnosis of DVT /PE

The diagnosis of DVT or PE requires special tests that can only be performed by a doctor. That is why it is important for you to seek medical care if you experience any of the symptoms of DVT or PE.

PE: Immediate medical attention is necessary to treat PE. In cases of severe, life-threatening PE, there are medicines called thrombolytics that can dissolve the clot. Other medicines, called anticoagulants, may be prescribed to prevent more clots from forming. Some people may need to be on medication long-term to prevent future blood clots.

How do you get rid of a butt rash?