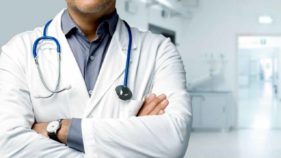 Many doctors in the United Kingdom have decided to resign from their posts rather than continue to participate in the chemical and surgical mutilations that are taking place in the name of “tolerance” and “love.”

While some activists are calling for legalisation of lesbian, gay, bisexual, transgender, and questioning (LGBTQ), no fewer than 35 psychologists have resigned in recent months because they are fed up with the number of children that are being “over-diagnosed and over-medicalised” as part of the societal blitz to turn everyone into some kind of trans-mutant.

The U.K.’s Gender Identity Development Service (GIDS), which is run by the Tavistock Clinic and the Portman NHS (National Health Service) Foundation Trust, has reportedly seen a 30-fold increase in the number of patients it now attends to compared to just 10 years ago.

What this suggests is that more children than ever before are being approved for transgender therapy by a complicit medical system with no concern for their well-being.

The doctors claim that rather than try to counsel these children out of their mental illnesses, the NHS appears to be telling all of them that cutting off their genitals and taking cross-sex hormones is safe, effective and beneficial for their well-being – which is why a growing number of doctors has had enough.

“I didn’t feel able to voice my concerns,” one of these doctors is quoted as saying about how other GIDS employees are actually pressuring their child patients to take endocrine disruptors and remove body parts rather than undergo proper psychological evaluations.

“When I did, I was often shut down by other affirmative clinicians. Looking back, there are young people I now wouldn’t necessarily put on medication,” the doctor added, noting that the culture at GIDS is to view any opposition to transgender surgeries and drugging as transphobia.

Nearly HALF of all children treated at GIDS are prescribed hormone-blockers to artificially stop puberty According to the doctors, politically incorrect reality is that transgenderism is always a form of mental illness. There is no such thing as a person being biologically born as the “wrong” gender, and there is no way to truly “change” one’s biological sex with pharma hormones or invasive surgery.

The doctors added: “What patients suffering from gender dysphoria actually need is psychological help, including affirmation about the sex with which they were born. What they don’t need is to be pushed into permanently altering their physical bodies and hormonal profiles so that they can pretend to be something that they’re not – because once the “thrill” wears off and all of the attention disappears, these brain-damaged individuals will be far worse off than they were before agreeing to irreversibly mutilate themselves.

“Unfortunately, this is not what is happening at GIDS, which is why the turnover rate that this gender clinic is spiraling out of control. Any rational-thinking person who’s willing to wade through all of the propaganda can see that what’s going on there, as well as in the United States and elsewhere, is destroying children’s lives, perhaps forever.

An endocrinologist Dr. William Malone, who talked about the types of gender-dysphoric children that visit GIDS, said: “With counseling, or even watchful waiting, an average of 85% of these children would have a resolution of their distress by early adulthood. “We are beginning to see many young adults begin attempts to reverse the damage that has been done by hormonal and surgical treatments. As a result, investigations into gender clinic practices have begun in the U.K. and are being considered in Australia and Sweden.”“We are extremely concerned about the consequences for young people,” another former GIDS doctor is also quoted as saying. “For those of us who previously worked [at GIDS], we fear that we have had front row seats to a medical scandal.”