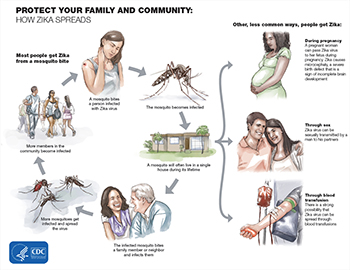 Zika virus is transmitted to people primarily through the bite of an infected Aedes species mosquito (Ae. aegypti and Ae. albopictus). These are the same mosquitoes that spread dengue and chikungunya viruses.

From mother to child 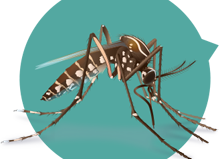 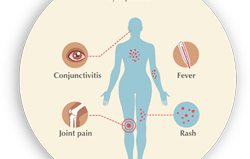