Home Articles This doctor does not fancy your coffin 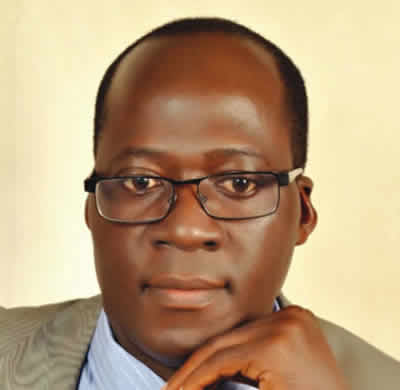 Doctors are in the business of keeping people alive. So, it hurts when a patient dies. It is more painful when the death was perhaps avoidable. For instance, the person could die due to lack of finance or ignorance influenced by poor judgment when they were sick.

Like delay in treatment often caused by visits to the pastor and the herbalist. Many times this makes the problem to be more complicated and more dangerous to your health. Simple problems that require simple solutions are allowed to get out of hand.

Therefore, let me beseech you not to invite me to your funeral. I will not attend! I have buried one person too many and that is enough. Thank you very much. The only funeral I am waiting for and will definitely be in attendance is mine.

Funerals should be sombre affairs but have become commercialised in Nigeria. They are now pretty fanfares and, as you can imagine, a lot of fancy, competitive funerals happen in this country. Our funeral is bigger and better than yours!

You could spend your time moving from one funeral to another and be pretty well-fed. You could even be well-clothed and get enough plastic to start small restaurant. However, let us dig a little deeper.

A woman died recently from stroke, a consequence of hypertension. I heard someone infer that she was afflicted with ‘juju’; that she stepped on some charms which paralysed her arm and leg. Foolish thoughts! As you may well know, hypertension (high blood pressure) can lead to stroke, heart attack and sudden death.

While she was alive, no one paid much attention to her. Close family members all ignored her and she did not look after her health. Certainly, she did not take her medications as she preferred to visit herbalists. So, untreated hypertension ran riot and led to stroke. She died.

Another woman fell into one of those exposed drains in the street and broke a leg. The family went to the nearest hospital where the orthopaedic doctors decided she needed an operation. The operation would cost a few hundred thousand naira. God forbid, the family said. “Our relative will not have an operation’’, they chorused. The pastor also said she would die if she had an operation. So, off they went to the local bone setter.

Oh, haven’t you heard? The bone setter was trained in the Harvard University and has treated many people successfully. First, he breaks the leg of a chicken. As the chicken is healing, so is the woman’s fracture. To cut a long story short, she died, most likely from an infected and gangrenous wound. Last, I heard, the chicken is also dead, perhaps after landing in some sweet hot pepper soup. I am sure the pastor would love some!

There are times people make bad decisions based on finance, religion and simple wickedness. Many people have died because their penny-pinching relatives are trying to save money! The first woman could have survived if she had the due care and attention while alive. If the family had supported her, ensured she had enough money for her drugs, perhaps she would have been alive today. Instead she was ignored and abandoned.

Being poor can lead to poverty mentality and poor decision-making. The second woman also fell prey to the unscrupulous charlatans we have in our midst. People who actually have no clue are let loose on the Nigerian public because of financial constraints. In looking for cheap care, many fall prey to these ‘health care criminals’. Yet, the care is actually not cheap. Yes, they take your money in little bits, but the ill that they land you in costs more than you realise.

The women proved to be worthy in death. The burial ceremonies for both women were said to be lavish affairs. The parties that followed were stunning, to say the least. So many invited guests and mouths to feed!

Where did all the money come from? You may ask. What I would want to know is this: why was the money not used to actually prevent death? Why bury with so much love, respect and extravagance? What is the pride in buying the best-looking coffin?

If your relatives are cheap, or perhaps are Muslims, they might bury you in a cheap coffin. But, if not, you get a fancy coffin: maybe one with a torch, your own blackberry and an ipad to record the pictures in heaven. Some relatives waste a lot of money on an expensive coffin for what is just a charade. In order to show that they care, you get a massive send off party in a golden coffin.

However, if your family really cares, perhaps buying you a visit to a good doctor would have been money well spent. So please do not invite me to a funeral, especially one organised as a spectacle. The foolishness will almost certainly bore me to death.

Woman Discovers She Is A Man After Rare Health Condition