Home Tips Tampons are cute, but know the rules 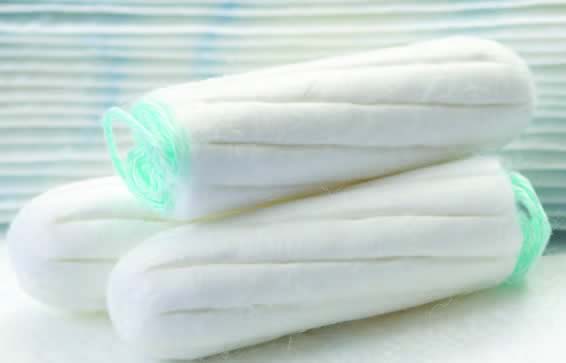 For the average woman, the monthly period can be a bore! In fact, I have yet to meet a woman who looks forward to it at any point in time.

Yet, it’s part of the processes that make a woman a woman!

Of course, there are many modern toiletries to help take care of the flow, one of which is the tampon.

Unlike the usual sanitary pad which is used to line the panty, tampons are inserted deep into the vagina. It makes movement a lot freer, as it fits in place and doesn’t need the kind of ‘adjustment’ that sometimes attend the use of sanitary pads.

However, unlike the sanitary pads that take blood flow on the surface, tampons suck up blood right inside there.

Tampons are a lot handy and, once inserted, many users simply forget that it is there. Unlike sanitary pad that can become soggy and stain the cloth if it is not changed early enough, tampons hardly result in stains. And this is one of the problems with tampon use!

Health officials say because tampons are inserted, many users ‘forget’ to change them as they would a sanitary pad, resulting in infections that can lead to Toxic Shock Syndrome — a life-threatening condition.

General Practitioner, Dr. Gladys Onwa, counsels that tampons should be changed at least thrice daily, especially in the first two days when periods are likely to be heavier than they usually are on the last two days.

Onwa says this is very necessary if tampon users want to prevent Toxic Shock Syndrome, which may result from the misuse of tampons. TSS symptoms include sudden high temperatures, vomiting, diarrhoea, rashes, as well as pale and clammy skin that is indicative of a rapid drop in blood pressure.

She explains, “Wearing a tampon is perfectly okay if you carefully observe hygiene rules. Not observing the rules of hygiene can put you at risk because bacteria can grow in the absorbent material.

“This can spread to the user’s vagina, and then infect the bloodstream. The infection is capable of setting in motion a life-threatening infection called the Toxic Shock Syndrome.”

Physicians warn that ordinarily, bacteria thrive in warm and moist environment; and that the strand of bacteria that causes TSS can be found on the skin, in the armpit and in the vagina.

Another physician, Dr. Ayo Samuel, notes that the vagina is naturally warm and cosy. As such, when a user leaves a tampon inside the vagina for the entire day or, God forbid, round the clock till the following morning, an infection could occur.

“Possible infection is ably aided by the flow of protein-rich blood which feeds the colonising bacteria. Women that are most at risk are those who wear high-absorbency tampons and leave them in for long periods of time,” Samuel explains.

Onwa adds that the infection can be prevented, as TSS is commonly associated with careless use of super-absorbent polyester tampons.

“Those who use such tampons will discover that they may experience severe vaginal dryness while the tampon is still in place. And when they want to pull it out, it can lead to ulcerations by making gentle tears on the vagina walls.

“Of course, because the user is bleeding already, she will not know that wounds are being made on the vagina walls, though she may feel some pain as she tries to insert a new tampon or remove a used one.

“When there is laceration on the vagina wall, the infectious bacteria can find their way into the bloodstream, resulting in Toxic Shock Syndrome,” Onwa warns.

She counsels women to use tampons made of cotton materials, as opposed to ones that may contain higher levels of synthetic materials such as polyester foam.

She also advises that even when a woman isn’t having her period, it is advisable to always use cotton panties which allows the body to ‘breathe’, instead of synthetic panties that are likely to absorb moisture and cause bacteria to thrive.

The physician notes that the main challenge in using a tampon is mostly about how to insert it correctly and also remembering when to take it out for a fresh one.

“If removed too soon, a near-dry tampon can cause friction against vaginal walls. This increases damage, giving toxins a more direct route into the body. The same problem goes with allowing it to stay for too long in the vagina,” Onwa says.

Samuel warns that a tampon must not be worn overnight because that will be about 12 straight hours, during which the user may not be awake to change it.

“Those long hours will give bacteria enough time to multiply within the vagina, with the attendant health risks,” Samuel says.

He says that a tampon must fit snugly in the process of insertion, and should not be forced into the vagina.

“Tampons come in sizes. The user should know what size is okay for her and should use that size —not too small and not too big. When used correctly, there should be no problem,” Samuel assures.

The bottom line: Experts say if you are menstruating and have a high fever with vomiting, especially if you have been using tampons, this could be a medical emergency.

“If you are using a tampon when you become ill, remove it immediately and seek immediate medical advice,” physicians counsel.

How to Get Rid of Spiders Naturally