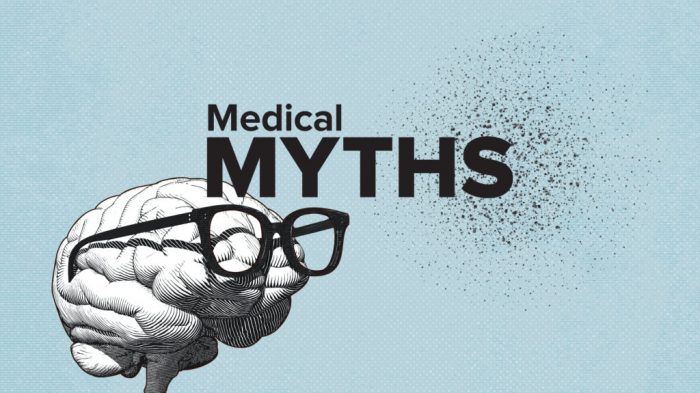 When children indulge in sugary foods, they turn feral and bounce off every available surface. This is, as most parents can attest, a fact. In this Special Feature, we ask whether this common knowledge holds up to scientific scrutiny.

You are at a party, and there are around 20 children, aged 3–6. The noise is deafening and the candy bowls are empty. Screams of joy fill the air as parents marvel at their offspring’s sugar-induced bedlam.

But what does the science say? Does sugar increase the risk of hyperactivity in children? Perhaps surprisingly, the data says “probably not.”

This will come as a surprise to anyone who has attended a gathering of children where sweet treats are available, so let’s dive into the evidence, or lack thereof.

Sugar and hyperactivity in children

The question of whether sugar influences children’s behavior started to generate interest in the 1990s, and a flurry of studies ensued. In 1995, JAMA published a meta-analysis that combed through the findings of 23 experiments across 16 scientific papers.

The authors only included studies that had used a placebo and were blinded, which means that the children, parents, and teachers involved did not know who had received the sugar and who had been given the placebo.

After analyzing the data, the authors concluded: “This meta-analysis of the reported studies to date found that sugar (mainly sucrose) does not affect the behavior or cognitive performance of children.”

However, the authors note that they cannot eliminate the possibility of a “small effect.” As ever, they explain that more studies on a large scale are needed.

There is also the possibility that a certain subsection of children might respond differently to sugar. Overall, though, the scientists demonstrate that there certainly isn’t an effect as large as many parents report.

Are some children more sensitive to sugar?

Some parents believe that their child is particularly sensitive to sugar. To test whether this might be the case, one group of researchers compared two groups of children:

Each family followed three experimental diets in turn and each for 3 weeks. The diets were:

The study included aspartame, as the authors explain, because it, too, has been “considered a possible cause of hyperactivity and other behavior problems in children.”

All three diets were free from artificial food colorings, additives, and preservatives. Each week, the scientists assessed the children’s behavior and cognitive performance. After analysis, the authors concluded:

In 2017, a related study appeared in the International Journal of Food Sciences and Nutrition. The researchers investigated the impact of sugar consumption on the sleep and behavior of 287 children aged 8–12.

The scientists collected information from food frequency questionnaires and demographic, sleep, and behavior questionnaires. A surprising 81% of the children consumed more than the recommended daily sugar intake.

Still, the researchers concluded that “Total sugar consumption was not related to behavioral or sleep problems, nor affected the relationship between these variables.”

Taking the findings together, it seems clear that if sugar does impact hyperactivity, the effect is not huge and does not extend to the majority of children.

Why does the idea persist?

At this point, some readers might be asking, “If there is no scientific evidence that sugar induces hyperactivity in children, why does it induce hyperactivity in my children?” Some of the blame, it is sad to say, may fall on parental expectations.

A study that underlines this point appeared in the Journal of Abnormal Child Psychology in 1994. The researchers recruited 35 boys aged 5–7 whose mothers described them as being behaviorally “sugar sensitive.”

The scientists filmed the mothers and sons as they interacted and were asked questions about the interaction. The authors explain what they saw:

“Mothers in the sugar expectancy condition rated their children as significantly more hyperactive. Behavioral observations revealed these mothers exercised more control by maintaining physical closeness, as well as showing trends to criticize, look at, and talk to their sons more than did control mothers.”

Also, the media plays a part in perpetuating the myth. From cartoons to movies, the term “sugar rush” has entered common parlance.

Another factor is the setting in which a child might be given excess sugar. The classic scenario is a room full of children at a birthday party. In this environment, they are having fun and are likely to be excitable, regardless of the candy consumed.

Similarly, if candy is a special treat, the simple fact of receiving a delicious reward might be enough to generate a boisterous outburst of high-octane activity.

Where did this idea begin?

The health effects of sugar have been discussed widely over the last century. Even today, much research is dedicated to understanding the full details of this sweet chemical’s power over human health.

In 1947, Dr. Theron G. Randolph published a paper discussing the role of food allergies in fatigue, irritability, and behavioral problems in children. Among other factors, he described sensitivity to corn sugars, or corn syrup, as the cause of “tension-fatigue syndrome” in children, symptoms of which include tiredness and irritability.

In the 1970s, sugar was blamed for reactive or functional hypoglycemia — in other words, a dip in blood sugar following a meal — which can cause symptoms such as anxiety, confusion, and irritability.

These were the two prominent theories that underpinned the belief that children’s behavior is negatively impacted by consuming sugar: It is either an allergic reaction or a response to hypoglycemia. However, neither theory is now backed by the data.

Another lay explanation is that sugary snacks cause a brief spike in blood glucose, an effect called hyperglycemia. However, the symptoms of hyperglycemia include thirst, frequent urination, fatigue, irritability, and nausea. They do not include hyperactivity.

In the late 1970s and early 1980s, there was a fresh surge of interest in the sugar–hyperactivity theory. A number of studies appeared to show that children who were the most hyperactive consumed more sugar.

However, these studies were cross-sectional, meaning that they studied one population of children at one point in time. As the authors of the meta-analysis cited above explain, from these findings, it is impossible to know whether sugar causes hyperactivity or whether hyperactivity drives increased sugar intake.

Since the 1990s, studies looking at hyperactivity and sugar have trailed off, with most experts considering the case closed. In one domain, however, studies have continued.

For the vast majority of children, sugar will not cause hyperactivity, but the jury is still out for one group of youngsters: those with attention deficit hyperactivity disorder (ADHD).

Scientists have approached this topic from two angles; some studies ask whether a high-sugar diet could increase the risk of developing ADHD, while others investigate whether sugar could exacerbate symptoms of ADHD in kids with the condition.

From the first camp of research, a study published in 2011 followed 107 fifth-graders and found “no significant association […] between total volume of simple sugar intake from snacks and ADHD development.”

Looking for longer-term effects, a systematic review and meta-analysis published in the Journal of Affective Disorders in 2019 assessed “evidence of the association between dietary patterns and ADHD.” The authors concluded that “a diet high in refined sugar and saturated fat can increase the risk” of ADHD and that a diet heavy in fruit and vegetables is protective.

However, they acknowledge that the evidence was generally weak. For instance, of the 14 studies that found a relationship between diet and ADHD, 10 used a cross-sectional or case-control design, both of which are observational and can have methodological problems.

Cross-sectional studies cannot tease apart which came first, the cause or the effect, because they determine the prevalence of both at the same point in time.

Case-control studies provide stronger evidence, as they look back into potential causes, or risk factors, after working out who has the health issue in question. The researchers then explore the occurrence of the risk factors in a similar group of people who do not have the health problem.

However, information about potential causes can be affected by memory bias — for example, people with ADHD may be more likely to report that they had a sugary diet because the association is expected.

The authors of the meta-analysis make another important point; there is some evidence that people with ADHD are more likely to binge eat than people without it. This might mean that increased consumption of foods that activate reward networks in the brain, such as sugary snacks, might be the result of ADHD, rather than a factor that increases the risk of ADHD.

Sugar, it seems, does not cause hyperactivity in the vast majority of children. In the future, larger, longer studies might detect a small effect, but current evidence suggests that the association is a myth.

This, however, does not discount the fact that a diet high in sugar increases the risk of diabetes, weight gain, tooth cavities, and heart disease. Monitoring children’s, and our own, sugar intake is still important for maintaining good health.