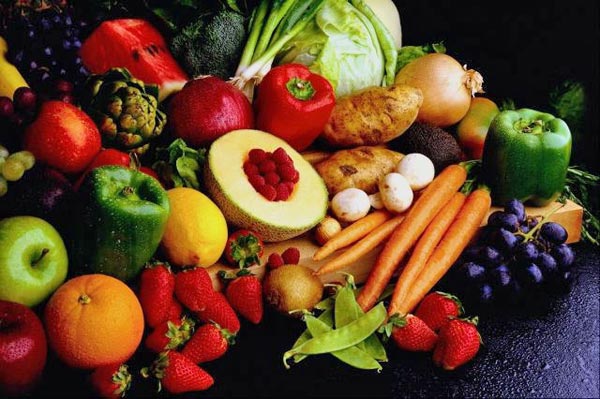 Antioxidants have been the hype of health products lately. This gave some companies millions in sales. It is one of the most successful health supplement campaigns and it still does. A health supplement can be very successful for business. But do the common folk really benefit from the success? Truth is, yes. Antioxidants work wonders for the body. It aids the body in so many ways and here is some of it.

System fire fighters: The body requires energy to live. Even breathing requires energy for the muscles to use. Everything you do, even thinking, requires a lot of energy. Though it’s a clear fact of life that most of us are missing is the result of such process. The body converts the food into energy through oxidation. This is similar to burning of fuel from cars. But what is left after the so called combustion process is the heat. And for the human body that would mean trouble. This is where antioxidants come to the rescue. We have natural antioxidants within our body that can counter the damage. But truth is, it is not sufficient. From breathing, digestion to thinking, all of these require energy which in turn requires antioxidants to cool down millions of cells at once. But modern society has even more. Pollution and stress release free-radicals as well. And to cope with this gap we need to consume additional antioxidants to relieve the body from these harmful effects.

Cleanses the destructive aftermath: The aftermath of using energy is very disadvantageous for the cells. Thus it requires cleaning and repairs. Cleansing of free-radicals in the body needs a huge amount of antioxidants. The more energy you use, the more destructive it is for the body. Active lifestyle is good for your health but it should be balanced with the right amounts of antioxidants as well.Taking antioxidant supplements is not just for fancy lifestyle, it’s good for your health.

Lengthens your cell’s life: The body’s cell depends on nutrients from the food. But destructive energy production makes it even harder for individual cells. Each time it uses energy it needs to repair itself. And each cycle makes the cell’s life shorter. This is a natural process but it can become even more challenging if free-radicals come into action. This can further shorten the life of cells. This is the reason why some people age very rapidly, not with the number of years but with their body. Healthy cells dictate how old your body would be. With the aid of antioxidants, body cells may give you more extra years to enjoy.

Lowers risk of diseases: Old age comes with diseases. It sounds all natural but the reason behind this is, again, your cells. On one side the body has the capacity of repairing and healing itself. This phenomenon happens each day without you noticing it. On the other side, each time the body repairs itself, the cell’s life shortens as well. If you expose yourself to loads of stress, physically or mentally, the body will have a harder time repairing itself. If left unaided the body will be overwhelmed with free-radicals, making cells weak. This will ultimately cause ageing and diseases. The antioxidant can aid in this problem. It will help eradicate the harmful free-radicals and help in cell repairs as well.

Antioxidant is not an all-in-one solution to all diseases that plague the human body. But this is one thing that could help your body recover naturally. Remember, healthy cells equates to healthy body. 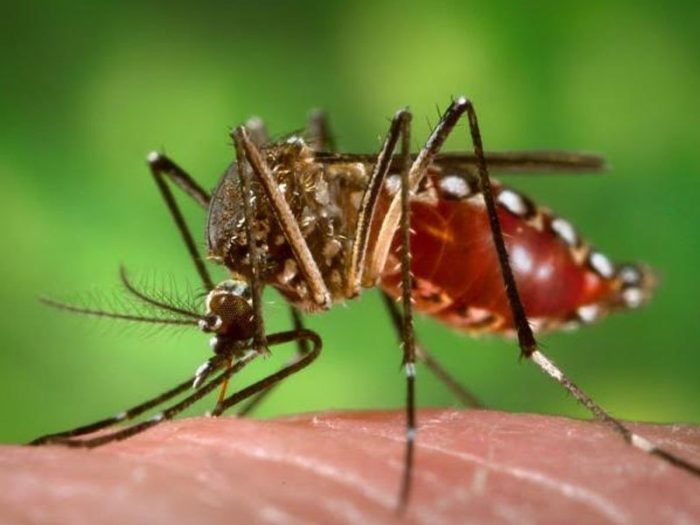 Malaria in pregnancy should be considered a medical emergency as it does more harm to the fetus than envisaged, the Head, Case Management Branch, National Malaria Elimination Programme, Dr. Godson Ntadom has said.

He noted that while malaria parasites in non pregnant persons feed on nutrients from the red blood cell of its host, that of pregnant women prefers to stay in the placenta where it feeds on the nutrients meant to supply the fetus because of its richness, thereby starving the fetus to death.

Speaking during the NMEP, Health Communication Capacity Collaboration and Health Editors interactive section in Lagos recently, he said, “during the period the parasites are feeding on the nutrients coming into the placenta meant for the fetus, the woman will not feel the signs of malaria because technically the placenta is not part of her body. It is when the parasites are full and satisfied that they now move into the woman’s blood stream, and at which point, she will start noticing malaria symptoms.”

Ntadom said it was a medical emergency because the point the woman starts noticing malaria signs means the parasites have starved the fetus of its needed developmental nutrients and are satisfied with the placenta.

“By this time they will then move to the woman’s blood where she will start filling the symptoms of the disease. There is a high possibility that at this point the damage may have been done to the fetus. That is why it is a medical emergency to see if the situation can be remedied,” he added.

He said contrary to popular belief that anti-malaria drugs were not good for treating malaria in pregnancy, the medical expert said it was the parasites that kill the fetus and not the drugs.

Meanwhile, Ntadom has reiterated Federal Government’s earlier decision to ban the use of Chloroquine and mono-therapy drugs for the treatment of malaria in Nigeria.

He said the emphasis on the ban on Chloroquine and mono-therapy drugs were necessary as some persons still sell them to unsuspecting patients.

“Apart from mono-therapy injections which are used for treatment of severe malaria, its drugs and Chloroquine have long been banned by government. It is a criminal offense for any health personnel to sell them to patients,” he added.

In the same vein, he said Nigerians do not need medicines for the prevention of malaria, adding that only pregnant women and foreigners should be given such recommendations.

“The one presently recommended now is Malarone which is a combination of two medicines and it is for foreigners who probably would be staying in the country for a short time.

He said the citizens were free to visit NMEP website www.ncmp.gov.ng for informations on malaria in Nigeria. 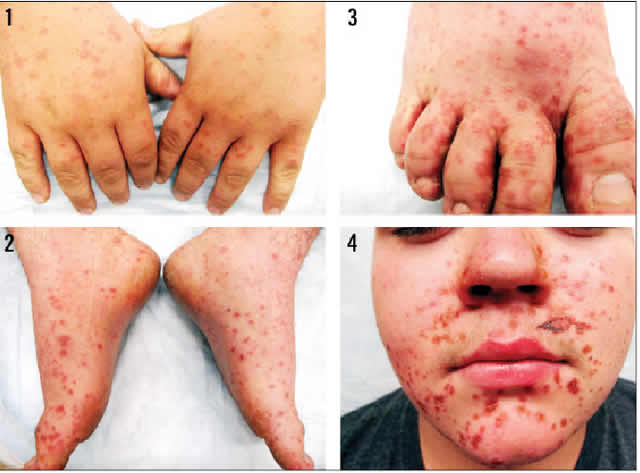 On a regular basis, we see children with mouth ulcers and blisters on the hands and feet.

The commonest thinking is that such infections are due to the victim’s poor state of hygiene. However, physicians say that’s not always the case and that what we see is known as the hand, foot and mouth disease.

According to Consultant Paediatrician, Dr. Patience Ejimofor, hand, foot and mouth disease is an infection that is caused by the coxsackie virus. And because ours is a warm and moist climate, the disease can be more common than we know.

Ejimofor says the disease is easy to spread, especially in crowded conditions such as day care centres and school.

“This is because this disease spreads through person-to-person contact, sneeze, sputum and poop,” the physician explains.

He notes that the causative virus lives in the digestive tract and spreads from person to person, usually through dirty hands and also through surfaces that have been contaminated by faeces.

Ejimofor warns, “Even though this disease is more rampant among children, adults can also contact it, hence the need for caution.

“Anyone can contract this infectious disease from coughs, sneezes or when one touches the surfaces that have been contaminated by the virus.”

Once contacted, hand, foot and mouth disease causes blisters on the hands and feet, in the mouth and sometimes in the groin.

Ejimofor says even though the disease is generally mild, it could last for between seven and 10 days before it clears on its own.

She notes that symptoms usually begin to show between three and six days after exposure. And by the time the disease starts taking its toll, victim will begin to show symptoms that include fever, painful blisters on the tongue, gums and inside the cheeks; rash on the palms of hands and soles of the feet.

Other symptoms include sore throat, irritability and loss of appetite.

Ejimofor counsels patients or their parents not to bother using antibiotics to treat the disease.

She says, “Because it’s a viral infection, hand, foot and mouth disease doesn’t respond to any drug therapy, including antibiotics. So, it is useless taking drugs. Rather, when you or your child contact this infection, just make yourself as comfortable as possible while it lasts.”

How the disease spreads

Experts say someone with hand, foot and mouth disease is most infectious from just before the symptoms start until s/he starts to feel better.

“Again, an infected person can infect many people if s/he doesn’t wash the hands properly after using the toilet. When such a person touches any surface, whoever touches that surface risks being infected.”

Moreover, the physician warns, if anyone kisses an infected person and takes in the saliva; or if anyone touches the fluid oozing from the blisters and touches his own mouth, it can lead to infection.

Worse still, experts say, since this infection is caused by different viruses, one can be infected more than once.

The good news, Ejimofor says, is that most people can develop immunity to the viruses as they get older.

And though this disease heals on its own, Ejimofor says there may be need to see the doctor if the affected child is unable to drink any fluids and also if the child shows signs of dehydration, such as unresponsiveness, passing small amounts of urine or no urine at all, or cold hands and feet.

Ejimofor also says a child should be taken to the hospital if s/he develops seizures, confusion, weakness or a loss of consciousness.

She advises, “If a child who is under three months old contacts this disease and the child develops high temperature, s/he must see the doctor.

“Again, if the skin becomes very painful, red, swollen and hot, or if there’s pus discharge, see the doctor.

“And if the symptoms are getting worse or haven’t improved after seven or 10 days, see the doctor.”