Home Articles Why suya is healthier with beer 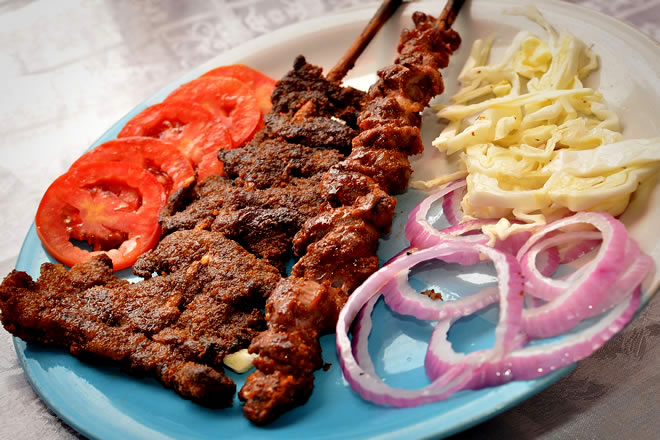 A group of researchers at the University of Porto, in Portugal, have said that barbecued meat, popularly known as suya, in Nigeria is healthier when cooked and eaten with beer.

The lead author of the study, published in the Journal of Agricultural and Food Chemistry,  Dr.  Isabel Ferreira, said the recommendation was given following the results  of various experiments conducted by the scientists.

According to Ferreira, cancer-causing chemicals and molecules such as The PAHs are formed through the process of grilling or barbecuing meat and some chemical in beer could neutralise these free radicals.

She said, “One way of stopping PAH-formation might be to apply chemicals called antioxidants that mop up free radicals. And beer is rich in these, in the shape of melanoidins, which form when barley is roasted.”

In one of the experiments, Ferraira  and her colleagues prepared some beer marinades, bought some meat and headed for the griddle.

“One of their marinades was based on Pilsner, a pale lager. A second was based on a black beer, since black beers have more melanoidins than light beers—as the name suggests, they give it colour.” The meat steeped in the black-beer marinade formed fewer PAHs than those steeped in the light-beer marinade, which in turn formed fewer than the control meat left unmarinated in beer,” she stated.

She noted that the meat that was not cooked with beer when cooked had an average of 21 nanogrammes (billionths of a gramme) of PAHs per gramme of grilled meat, while those marinated in black beer averaged only 10 nanogrammes of PAH.

Ferreira, however, cautioned against over consumption of barbecued meat with beer or other forms of alcohol that may not have been sourced from barley.