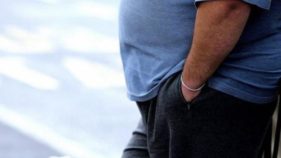 Prostate cancer has been convincingly linked to the sexually transmitted human papillomavirus (HPV) for the first time.

Experts have found evidence that a significant number of prostate cancer cases are ‘highly likely’ to have been caused by the same virus that causes cervical cancer in women. And they say it may be transmitted to the gland through sex.

The researchers say their findings suggest the HPV vaccine might help lower the risk of prostate cancer.

The vaccine, which has been given to teenage girls since 2008, was last year made available to schoolboys at the age of 12 and 13 for the first time. HPV was already known to cause certain rare cancers in men, including tumours of the mouth, throat and genitals, accounting for around 2,500 cases a year.

But its implication in prostate cancer – which affects more than 57,000 men a year in the United Kingdom (UK) – significantly increases the consequences of contracting the virus.

It also highlights the importance of the vaccination programme.

The research team, from the University of New South Wales in Australia, compiled the results from 26 previous studies to create the biggest evidence base yet linking HPV to prostate cancer.

Writing in the Infectious Agents and Cancer journal, they concluded: “A causal role for HPVs in prostate cancer is highly likely.”

Prostate cancer, which kills 12,000 men in Britain each year, has previously been linked to genetics, environmental pollutants and lifestyle factors. But the researchers said: “Although HPVs are only one of many pathogens identified in prostate cancer, they are the only infectious pathogen which can be prevented by vaccination.”

This suggests HPV as a common factor, they said.

HPV is a common infection spread through skin-to-skin contact, usually during sex. Around eight in 10 people will be infected with HPV at some point in their lives and there are hundreds of different types of the virus.

Around 13 HPV types are known to cause cancer, including cervical cancer, penile cancer and some types of mouth and throat cancer.

But the researchers found HPV types 16 and 18, which cause most cases of cervical cancer, were also linked to prostate cases.

One of the researchers, Prof. James Lawson, said: “Many people assume HPV infections mainly lead to cancers in women. This is not the case.

“The data may indicate that HPV infection may be transmitted during sexual activity and play a causal role in prostate cancer as well as cervical cancer.”

The scientists said more studies needed to look at how HPV infection may lead to prostate cancer.

Pneumonia Killed 130,000 Under 5 Children in Lagos

Could a Low-Salt Diet Hurt Your Health?