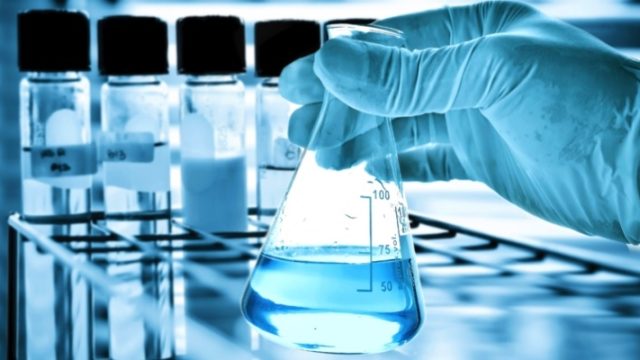 All research works certainly have a purpose behind them but not all of them can be described as appropriate and rightly directed. A research work is purposeful and appropriate when its outcome can be used to solve problems of national development. National Development is the ability of a country to improve the social welfare of the people by providing social amenities like good education, infrastructures, medical care, and social services while is the process of arriving at dependable solutions to problems through the planned and systematic collection, analysis and interpretation of data.

The developed countries have taken great strides to ensure that their citizens enjoy good amenities and that is why we have emigration of our people to Europe and United States of America as they have developed a system that takes care of all inhabitants. These countries are the leaders in scientific breakthroughs, technological and infrastructural development.

Conversely, the developing countries, as exemplified by Nigeria, are still backward in their developmental efforts and struggling with basic needs of life. They have problems with virtually everything and they depend on the developed countries for infrastructures, medical care and education of their citizens.

National development is very critical to the survival and growth of any nation and according to Kothari Commission (1964-66), it lies on six basic features which include confidence in nation, continuous rise in standard of living of the masses, reduction of unemployment, equal opportunities for social, political and economic development, good and impartial administration and mutual understanding and sense of cooperation amongst masses. A country is said to be developed when it is able to provide a qualitative life for its citizens, there is equitable distribution of wealth, provision of good healthcare, education, housing and other essential services that improves individual and collective quality of life.

Two years after independence, we had the first National Development Plan Policy, which was formulated between 1962 and 1968 with the objectives of development opportunities in health, education, employment and improving access to the opportunities created. This plan failed due to lack of resources as only 14% of the expected external funding was received and the civil war which led to the collapse of the first republic. The second National Development Plan (1970 -1974) came after the civil war and priorities were on agriculture, industry, transport, manpower, defence, electricity, communication, water supply and provision of social services.

We really do not need to argue about the success or failure of this plan. The third plan was for the period between 1975 and 1980 and was more ambitious than the previous ones as there was emphasis on rural development, reactivation of the agricultural sector and so on but like its predecessor, it failed to achieve the set targets. The 4th development plan (1981 – to 1985) aimed to achieve improvements in the living conditions of the people with targeted increase in the real income of the average citizen, more even distribution of income among individuals and a reduction in the level of unemployment and underdevelopment. Unfortunately, like the previous ones before it, the objectives of the plan were not achieved. The enormous wealth from oil exploration was not invested to build a viable industrial base for the country. Our leaders forgot the eternal words of Ernest Agyemang Yeboah that ‘They that milk the cow everyday without feeding it well must never complain about how it keeps growing lean’.

All the programmes that were launched to herald these plans ended up in failure from ‘Operation Feed the Nation’ to ‘Green Revolution’. The various strategies that were adopted to put the country on the path of development did not produce any concrete result. These strategies include the Structural Adjustment Program (SAP), Vision 2020, National Economic Empowerment and Development Strategy (NEEDS) and others including the slogan from the current administration with Vision 2020 have not achieved anything that development connotes. We need to ask ourselves why these development plans have failed and what are the factors that are responsible for the failure. To start with, there is lack of executive capacity for the implementation or execution of the plans that are usually painstakingly drawn up. The people entrusted with the implementation usually lack the requisite authority or they are out- rightly incompetent. The plans are usually drawn up without consultation that will address the need of the people from bottom up.

There is no good governance and development plans become a mirage and unachievable as it takes good leadership to translate ideas into reality. For most of our leaders, there is no sense of commitment. According to Mimiko (1998), the leaders are only interested in access to power and privileges and not development. There is high level of corruption and indiscipline in all Government agencies and departments, which serve as a bottleneck to the execution of development plans.

How will a good plan become successful in the hands of corrupt executors?
The Nigerian economy is monolithic in terms of foreign exchange earning. The country rises and falls according to the dictates of the foreign oil market. Today, we are in trouble because of the low price of crude oil. If we recall that in the 1950s and the 1960s, agriculture was the mainstay of the economy but this was neglected as soon as we discovered oil in commercial quantities. Our economy is not diversified and that is why we suffer from dislocations and lack of sustainable development. It is not a surprise then that today Nigeria has one of the worst health indices in the world. We have failed in all measurements of development, which are Gross Domestic Product (GDP), Gross National Income (GNP), Life expectancy, Education index, Mean years of schooling index and Income Index put together as Human Development Index (HDI). From the UNDP’s

Clearly, Nigeria has sub-optimised her potential in terms of development. We have failed to provide the requisite leadership for Africa to move forward after the horrendous years of slavery and colonisation. The most worrisome aspect is: who cares? Certainly not the current leadership at all levels.

This creativity or innovativeness is anchored on research, which is best described as the careful examination of an object and situation for the purpose of effecting societal development and improvement. It is a systematic work undertaken to increase the stock of knowledge including knowledge of humanity, culture and society, and the use of this stock of knowledge to define new applications (OECD, 2012). According to Duncan Macdonald, ‘The common facts of today are the products of yesterday’s research’. Research has also been described as a ‘systematic and objective search for knowledge, to establish theories and prove the truth of ideas, hypotheses and assumptions’. These definitions or descriptions hold for all manners of research whether social, educational or scientific. It is a search, according to Lucky Osaretin Odia (2013), which requires cares and diligence for new facts.

*The article is a keynote address titled “Purposeful pharmaceutical research and national development” and delivered by Dr. Lolu Ojo at the 18th Annual National Conference of the Nigeria Association of Pharmacists in Academia (NAPA) on Monday, August 24 2020. Ojo is a Fellow of the Pharmaceutical Society of Nigeria (FPSN) and Chief Executive Officer (CEO) of Merit Healthcare Limited

Oxytocin could prevent osteoporosis in females

At least 1 in 10 women experience miscarriage