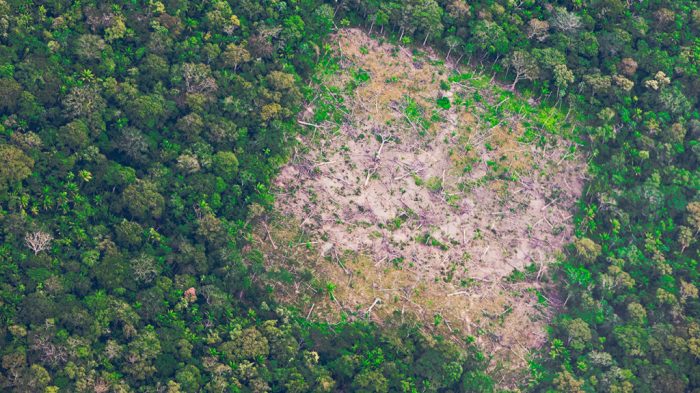 New research indicates that responding to a pandemic, such as the current spread of COVID-19, is 500 times more expensive than taking preventive measures.

A new policy brief published in the journal Science has found that preventive measures that would significantly reduce the risk of a pandemic would cost roughly 500 times less than responding to a pandemic.

The research makes clear that a worldwide shift toward preventive action is necessary if we are to avoid the profound damage wrought by the global spread of disease.

COVID-19, the illness at the heart of the ongoing pandemic, is a type of zoonotic disease. These spread from nonhuman animals to humans. In the case of COVID-19, the disease is caused by a coronavirus known as SARS-CoV-2.

Many other serious illnesses, including HIV, SARS, MERS, and swine flu, have emerged from this type of transmission.

Infection requires situations where humans come into contact with animals or their meat. Some key sites are the edges of tropical forests, which contain rich, dense, and diverse ecosystems — and wild meat markets.

According to the present research, limiting these opportunities for contact is an important way to reduce the transmission of zoonotic diseases and the consequent risk of pandemics.

However, research has shown that the world is moving in the opposite direction. A range of socioeconomic and environmental factors are contributing to an increase in points of contact between humans and other animals.

Prime among these is land conversion, which can involve the deforestation of rainforests.

This typically happens by cutting out patchworks of rainforest —significantly increasing the amount of forest edge and resulting in more possible points of contact between organisms within the rainforest ecosystem and those outside of it.

In addition, deforestation often requires the presence of large numbers of people near the edges of rainforests, as well as the creation of infrastructures such as roads and dwellings. These factors each increase the chances of a disease spreading from wild animals to humans, possibly via farmed animals.

As Les Kaufman, co-author of the research and professor of biology at Boston University, in Massachusetts, observes:

“Much of this traces back to our indifference about what has been occurring at the edges of tropical forests.”

The policy brief also highlights that the global trade in wild animals is a significant driver of human and nonhuman animal contact.

Wild animals are typically captured for their meat. This is sold in wet markets, such as that in Wuhan, China where experts believe the ongoing pandemic originated.

The desire for exotic pets is also a key driver of the global trade in wild animals, of which the United States is a major importer.

The world currently has firsthand experience of the phenomenal costs of responding to a pandemic, to say nothing of the profound loss of life.

The policy brief highlights that the current pandemic is likely to end up costing around $8.1 to $15.8 trillion globally.

By contrast, investing in preventive measures that would significantly reduce the chances of a pandemic occurring would likely cost 500 times less than the projected cost of the current pandemic: around $22–31 billion each year, the researchers estimate.

These preventive measures could include expanding programs that monitor the trade in wildlife, ending the wild meat trade, reducing deforestation by 50%, and investing in programs to reduce the transmission of disease from wildlife to domestic, farmed animals.

The researchers make clear that the preventive response needs to be global, even if the investment is targeted at issues in specific countries.

“The pandemic gives an incentive to do something [to address] concerns that are immediate and threatening to individuals, and that’s what moves people,” says Dr. Kaufman.

“There are many people who might object to the United States fronting money, but it’s in our own best interest. Nothing seems more prudent than to give ourselves time to deal with this pandemic before the next one comes.”

2 fruit and 3 vegetable servings: The key to a longer life?