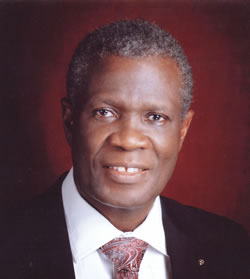 Pre-implantation genetic diagnosis, as the name implies, involves testing for specific genetic defects in the DNA code prior to embryo implantation. Usually, there is targeted testing of a known genetic abnormality in the couple. Simply put, it is the diagnosis of a genetic condition prior to achievement of a pregnancy.

The PGD was first performed in the early 1990s as a way for couples to prevent the pregnancy of a child with a genetic disease. Currently at Medical Art Center, we are able to offer PGD testing to detect genetic conditions, including sickle cell anaemia and chromosome aneuploidies.

We work in collaboration with Genesis Genetics, a renowned genetics institute. They pioneered PGD testing of embryos for inherited genetic abnormalities.

Edwards and Gardner successfully performed the first known embryo biopsy on rabbit embryos in 1968. The PGD was first developed in human beings in the United Kingdom as an alternative to current prenatal diagnosis in the mid-1980s. Initially, it revolved around the determination of gender as an indirect means of avoiding an X-linked disorder.

In 1989 in London, Handyside and his colleagues reported the first unaffected child born following PGD performed for an X-linked disorder.

The PGD became increasingly popular during the 1990s when it was used to determine a handful of severe genetic disorders, such as sickle-cell anemia, Tay Sachs disease, Duchenne’s muscular dystrophy and Beta-thalassemia.

As of 2006, more than 15,000 PGD cycles were reported. The PGD is currently available for most known genetic mutations. Although the indications for the diagnosis are well established, it is a relatively new and evolving technique.

According to the World Health Organisation in Africa, the highest prevalence of sickle-cell trait occurs between latitudes of 15 degrees North and 20 degrees South, ranging between 10 per cent and 40 per cent of the population in some areas.

In countries such as Cameroon, Republic of Congo, Gabon, Ghana and Nigeria, the prevalence is between 20 per cent and 30 per cent, while in some parts of Uganda it is as high as 45 per cent.

In countries where the trait prevalence is above 20 per cent the disease affects about two per cent of the population. Basically, the geographic distribution of the sickle-cell trait is very similar to that of malaria.

Sickle cell anaemia is a hereditary genetic condition in which a mutated form of haemoglobin distorts the red blood cells into a crescent shape. The disease is associated with a number of acute and chronic health problems, such as severe infections, attacks of severe pain (“sickle-cell crisis”), and an increased risk of death.

Pre-implantation genetic testing is able to distinguish between genetically normal or affected embryos. Currently, this is the only way to determine the genetic condition of an embryo prior to pregnancy.

Today in Nigeria and West Africa, our sickle-cell carrier couples can now smile as we now have the ability to screen their embryos before conception thereby avoiding a sickle-cell baby.

The cost of this process, although high, compensates for all the stress of dealing with sickle-cell babies. It is hoped that various groups, including the government, can come to the aid of couples that are in need of this technique but cannot afford it.

In the long run it will save a lot of money on the health management of complications of this disease.

Future research is needed to improve the speed of diagnosis and make the process less expensive. Also, the use of Mayr therapy to detoxify the body and get rid of toxins, such as heavy metals like mercury, arsenic, antimony, lead and others as well as toxin and allergies from bad eating have in general enhanced our success in IVF and PGD at MART center.

Usually the siblings or the parents of the two partners are required. The probe that is built will be used to test the cells biopsied from the embryos. Traditional PGD probe preparation takes between 14 and 16 weeks, while the newer Ultra PGD takes between eight and 10 weeks to accomplish.

Oocyte retrieval: The female partner is given medications to create multiple follicular development and ovulation. Once these follicles are well developed, they are retrieved from the patient under conscious sedation, using a special ultrasound guided technique. The oocytes are then isolated from the follicles. The oocytes are allowed to rest in the incubator for about three or four hours before insemination. This time is used to prepare the sperm for IVF.

In Vitro fertilisation: In IVF, each isolated oocyte is inseminated with approximately three drops of sperm solution from the male partner. It can also be fertilised by ICSI technology.

The inseminated eggs are kept in the incubator in the IVF laboratory for about three days. The fertilised embryo will rapidly divide into the two-cell, four-cell and eight-cell stages at which point about one or two good embryos are selected and transferred into the uterus through the cervix.

IVF is a good treatment option when the fallopian tubes are blocked or in endometriosis and when the male partner has low sperm count.

Without the development of IVF, pre-implantation genetic diagnosis would not have been possible.

What causes pain under the left armpit?