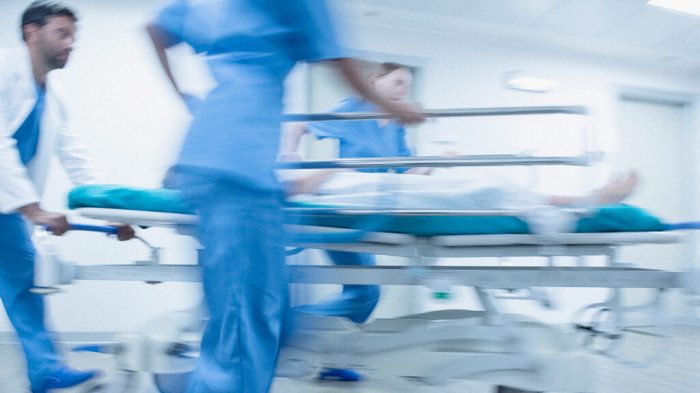 A study in the United States demonstrates that mortality rates from heart failure are higher in counties where people face more poverty and social deprivation.

Heart failure, sometimes called congestive heart failure, is a chronic condition in which the heart is unable to pump enough blood around the body to meet its needs.

The condition is irreversible, although there are treatments that can help people live longer, more active lives.

About 5.7 million people in the U.S. have heart failure, according to the National Heart, Lung, and Blood Institute.

A new study suggests that the risk of dying from the condition is not spread evenly across the country, but that mortality rates are higher in poorer, more socially deprived areas.

After adjusting for age, they found that the average death rate from heart failure per county was 25.5 deaths per 100,000 head of population.

However, counties with higher rates of socioeconomic deprivation had higher death rates from heart failure, and the association held up regardless of race or ethnicity, sex, and degree of urbanization.

The levels of deprivation that the ADI measures accounted for roughly 13% of the variability in heart failure mortality among counties. This scale of risk is similar to that of other recognized risk factors for heart failure, such as obesity and diabetes, say the scientists. Correlation with housing and income — the social factors that the SDI measures — accounted for 5% of this variability.

The study features in the latest issue of the Journal of Cardiac Failure.

The research revealed that the imbalance in survival rates between wealthy and deprived areas changed little between 1999 and 2018.

“Analysis of trends in heart failure mortality shows that these disparities have persisted throughout the last two decades,” says first author Dr. Graham Bevan, a resident physician at University Hospitals.

Bevan and his colleagues say that a range of factors may be responsible for the increased risk of dying from heart failure in poorer counties. These include reduced access to healthcare, substandard care, and poor health literacy.

They also note that the successful treatment of heart failure is dependent on patients adhering to a complex and often expensive drug regimen.

“University Hospitals has a history of addressing healthcare disparities in underserved communities and, armed with the information from this study, we can thoughtfully create solutions to better serve these populations.”

One of the limitations of their study, the authors write, was that it relied on the information given on death certificates, which may not be accurate in every instance.

Also, the study was not designed to tease apart the effects of other recognized risk factors for heart failure mortality, some of which — such as lack of physical activity, obesity, diabetes, and high blood pressure — may also be associated with poverty. However, a recent study showed that these factors together failed to account for 57% of the geographical variation in deaths from heart failure among counties in the U.S.

This new study suggests that socioeconomic deprivation may help explain part of that variation.

10 ways to make your day healthier