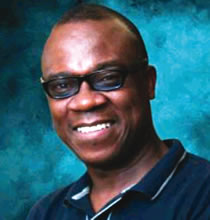 Democracy has many criticisms. A good number of the points raised are valid, but it is still the best form of government. It is all-inclusive and quite representative. It equips the society to sufficiently calm agitating nerves.

The power of choice and self-determination differentiates human beings from animals, which is the facility that democracy offers as a better alternative to military government, aristocracy or theocracy where a few may be leading others on behalf of God without a selection process engineered by the people.

This process of selection occurs through the election which is very competitive and challenging anywhere in the world.

The electorate essentially constitutes the market that the intending leaders cajole, persuade and may even indulge to vote for them. The process may actually involve certain use of abrasive and damaging words to sell a candidate to the detriment of others.

This is not peculiar to Nigeria, but the character and the content of such endeavours depend on the maturity of the democratic institutions, especially the proven ideological leanings of the participating political parties in such nations.

Ours is a very young democracy that parades political parties that, in my opinion, do not differ from each other but vary in membership from time to time.

The variation in membership could be dictated by some complaints from the voiceless polity, which necessitated modification of the strategies used by the minority thieving political elites to hold on to power.

The elite class in Nigeria views power as their necessary possession and privilege, which is not only peculiar to Nigeria but quite dramatic here owing to our pre-colonial leadership cultural software that canonises certain individuals and grant them immunity to questionings and challenges. This is how our institutions are governed, which make it difficult for principle of democracy to thrive.

Democracy is participatory and seeks to dethrone the oligarchy and the exclusive tendencies of the elite class to always determine the fate of men. The colonial masters saw this opportunity and chose to court the elite class through the indirect rule rather than canvassing the support of the masses.

Our successive military governments also rode on the facility of this rulership cultural software to perpetuate themselves in power in quick succession. This has been responsible for our mental conditioning until the advent of democracy again 16 years ago.

Previous elections had been met with arson, killings and violence. Democracy furnishes a process of getting the people who have been repressed and conditioned by dictatorship the freedom to express themselves. This is usually attended by excessive use of extreme and damaging words, character assassination and, at times, violence against others and their properties.

This creates grave mental health issues as long years of hard-earned friendships could be strained with psychological implications. Even siblings can use the election process to express sibling rivalry. In fact, there are situations in which husbands and wives may belong to opposing parties in a way that could threaten the marital relationship.

The animosity of the electioneering process could apparently make the incoming government partial and assume a tool of witch-hunting. This could engender much of mental health implications where certain tribes, persons and families may be discriminated against to score political points.

Those who have lost the elections may face grave economic consequences. The overall message is that we should keep the peace as an indispensable mental health commodity that is crucial for nation building and development.

The overall index of social welfare and national development is mental health. Democracy cannot work effectively when leaders do not recognise the doctrine of mental health as the rally point of their manifestoes and style of governance. True leadership is self-transcendent and puts the interest of the masses over and above primitive tendencies.

Nigeria needs leaders that can break the primitive rulership software of selfishness and selfish preoccupations by empowering the masses through self-transcendence. The business of governance is not just about selfish interests of a few but the good of all, which is the beauty of democracy that seeks to establish the tenets of mental health.

Lastly, mental health should be in the front burner of our political agenda and programmes. The burden of mental health challenge is so enormous, occasioned by succeeding years of cumulative leadership failure.

As we march forward in nation-building, adequate priority and focus should be given to programmes like housing, employment, cheap and affordable health care, power and safe roads which, invariably, impinge on the mental health of the citizens.

Mental health departments should be created in all arms of government to function in a way to help government focus resources on those programmes that impact significantly on the mental well being of the citizenry.

Starting a career in the medical field

Key pathway in Parkinson’s may help treatments for cancer, diabetes