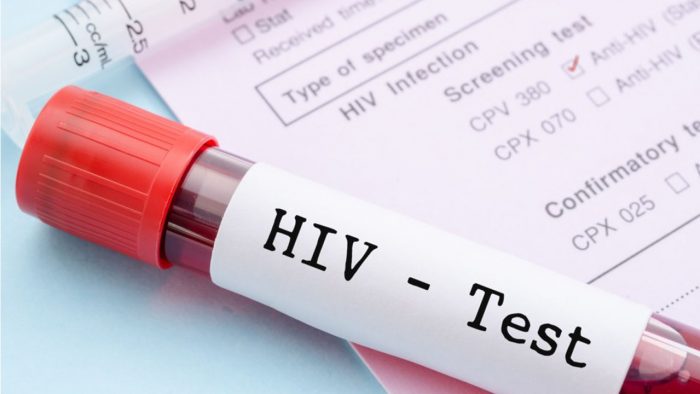 “The lockdown affected my access to care because I cannot get to the clinic for my drugs and I was also scared of going to the hospital because of the pandemic.”

These were the words of Mrs. Patience, a person living with Human Immuno-deficiency Virus (HIV). Patience, mother of three, who discovered her status in 2011.

According to her, the first time she found out, it was something else but she summoned the courage and with help from the family, especially the husband.

She continued: “When we found out about my status, it was towards our wedding. There was an overnight meeting in the church asking my husband not to marry me because he was negative and if he married me that he was going to die but he stood by me. Where will I start? The stigmatisation at the meetings, they said a lot of things. When I gave birth, my baby was negative, they started arguing whether I was truly positive. All my children are negative and my husband too.”

The mother of three said, HIV is not a death sentence, rather people should endevour to know their status and access care immediately to avoid complications.

Meanwhile, another patient, Christopher Lee said he discovered his status in 2000 when HIV came newly to the country.He lamented on the high-level stigma associated with HIV as at that time.

Lee said: “When I discovered my status, I started going to the hospital for treatment and monitoring, before then, I was having loss of appetite, I lost weight, I was having catarrh and my CD4 as at then was around 200. I have been taking drugs since then and I am okay.”

Lee disclosed that he got the infection from the wife. However, during the lockdown, Lee travelled to his village in Kaduna State where he visited the general hospital to access care.

He said: “I went to the clinic because of the lockdown my drugs were about to finish. They asked me the name of my drugs, I told them, and they now gave me drugs for three months. I called my clinic and told them that I have picked my drugs from another hospital.”

Lee said that presently, the stigma still persists, though he has disclosed his status with some of the church members, family and a lot of people know about it but many are dying because of ignorance. He admitted that the lockdown did not affect his access to care to care and treatment.

Professor of Haematology and Blood Transfusion, Lagos University Teaching Hospital (LUTH) Idi-Araba, Alani Akanmu, said there was the disruption of services during lockdown because it was not convenient at all for patients to access the services that were available due to the issue of transportation. He said that as a foremost institute, they had to keep in contact with patients through phone conversations and zoom and with support of a Non Governmental Organisation (NGO) that established a drug collection centre for the members of the community.

Deputy Director of Prevention, Care and Treatment, Institute of Human Virology Nigeria (IHVN), Dr. Helen Omuh, said due to the initial mitigation measures instituted by the government, access to HIV services by people living with HIV (PLHIV) was affected and most patients could not visit the health facilities for their drugs and laboratory tests due to movement restriction and fear of COVID 19.

She said that poor quality data and low capacity for data management had persisted despite improvement observed with the electronic medical records system. Good quality data is required to guide decisions, policies and research. Though the drugs are free, there may be some out of pocket expenses with the national health insurance system covering less than 10 per cent of the eligible population. Political commitment for sustained funding and effective co-ordination is also a crucial challenge in managing HIV,” she said.

WHO ‘strongly’ against hydroxychloroquine use for COVID-19 prevention