Home Aging Peas and beans: Can they improve heart health? 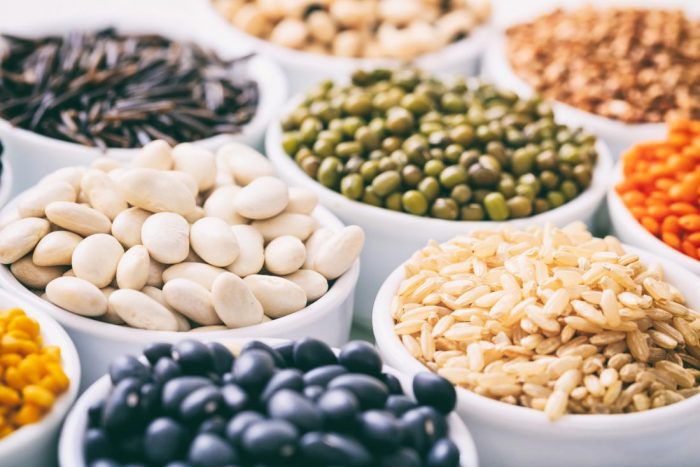 A recent review and meta-analysis focus on the role of legumes in heart health. Taking data from multiple studies and earlier analyses, the authors conclude that legumes might benefit heart health but that the evidence is not overwhelming.

It is a no-brainer that nutrition plays a pivotal role in health. At one end of the spectrum, it is common knowledge that eating a diet that is high in sugar, salt, and fat increases the risk of poorer health outcomes.

At the other end, eating a balanced diet that is rich in fresh fruits and vegetables is likely to reduce the risk of certain conditions.

However, drilling down to the effect of individual foods on specific conditions is notoriously difficult.

The authors of a recent review in Advances In Nutrition have taken up that gauntlet. They wanted to understand how legumes, which include beans, peas, and lentils, affect heart health.

Study co-author Dr. Hana Kahleova, from the Physicians Committee for Responsible Medicine in Washington, DC, explains why investigating heart health is such a pressing matter, stating that “[c]ardiovascular disease is the world’s leading — and most expensive — cause of death, costing the United States nearly 1 billion dollars a day.”

Legumes are rich in fiber, protein, and micronutrients but contain very little fat and sugar. Due to this, as the authors of the current study explain:

Recently, the European Association for the Study of Diabetes commissioned a series of systematic reviews and meta-analyses. Using the results of these studies, they hope to update current recommendations on the role of legumes in preventing and treating cardiometabolic diseases.

In the current review, the authors compared data on people with the lowest and highest intake of legumes. They found that “dietary pulses with or without other legumes were associated with an 8%, 10%, 9%, and 13% decrease in CVD, [coronary heart disease], hypertension, and obesity incidence, respectively.”

However, they found that there was no association between legume intake and the incidence of myocardial infarction, diabetes, or stroke. Similarly, they identified no relationship between legumes and mortality from CVD, coronary heart disease, or stroke.

Although the team identified a positive relationship between consuming higher quantities of legumes and a reduced risk of certain cardiovascular parameters, the authors’ conclusions are still relatively muted. They write:

“The overall certainty of the evidence was graded as ‘low’ for CVD incidence and ‘very low’ for all other outcomes.”

They continue, “Current evidence shows that dietary pulses with or without other legumes are associated with reduced CVD incidence with low certainty and reduced [coronary heart disease], hypertension, and obesity incidence with very low certainty.”

One of the primary issues that scientists face when investigating nutrition and health is residual confounding. For instance, if someone eats more legumes than average, they might also eat more vegetables in general. Conversely, someone who eats few legumes might eat less fruit and vegetables overall.

If this is the case, it is difficult to pin any measured benefits on the legumes, specifically. They might simply be due to the increase in plant food overall.

Similarly, someone who eats particularly healthfully might also be more likely to exercise. Understanding whether the legume, the overall dietary patterns, or the entire lifestyle influences any given health outcome is verging on impossible.

Another problem centers around self-reporting food intake. Human memory, as impressive as it is, can make mistakes. One paperTrusted Source on this topic states that self-reports of food intake “are so poor that they are wholly unacceptable for scientific research.”

Studies attempt to minimize the influence of these factors as much as possible, but it can be challenging. As the authors explain, “Despite the inclusion of several large, high quality cohorts, the inability to rule out residual confounding is a limitation inherent in all observational studies.”

Despite the difficulties, overall, the authors believe that increasing legume intake could improve the heart health of the population of the United States.

“Americans eat less than one serving of legumes per day, on average. Simply adding more beans to our plates could be a powerful tool in fighting heart disease and bringing down blood pressure.”

Although those studying nutrition and disease face many challenges, it is important to continue this line of investigation. Currently, in the U.S., 1 in 4 deathsTrusted Source relate to cardiovascular disease. If a simple change in diet could reduce the risk even a small amount, it might make a significant difference at the population level.