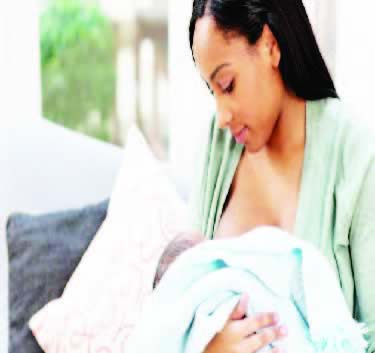 If you have not heard or read this information in the news, Lassa Fever has killed five people in Rivers and Taraba states in the last one week.

According to the Rivers state Commissioner for Health, Dr. Theophilus Odagme, the deadly fever killed a nursing mother and her two-week-old baby in Port Harcourt, the state capital.

Experts say that pregnant women, nursing mothers and infants are at a great risk of losing their lives to the disease if left untreated.

Chief Virologist, Dr. Olumide Adunbarin, who defines Lassa fever as an acute viral infection caused by the Lassa virus, notes that the mortality rates among pregnant women in their third trimester is particularly very high.

Adunbarin says, “Pregnant women, nursing mothers and their babies are at a higher risk of dying of this disease. The death rates for women in the third trimester of pregnancy are particularly high. Spontaneous abortion may also occur in a pregnant woman.”

This is the umpteenth time the country will be battling with an outbreak of Lassa fever.

Statistics from the Federal Ministry of Health indicate that in 2012 alone, Nigeria recorded over 1,944 cases with 207 deaths from Lassa fever.

Also in 2013, three states in the Northern part of the country recorded over 200 cases and 40 deaths. Majority of the causalities were health workers who contracted the viral disease while treating infected persons.

The Federal Government after a Lassa fever outbreak in Oyo state in 2014 warned that over 29 million Nigerians are at risk of the infectious disease.

Nigerians must take special care as Lassa fever is common to West Africa and it is an endemic disease in Nigeria. In fact, the United States Centers for Control and Prevention states that the viral diseases was first discovered in 1969 when two missionary nurses died in a village in Nigeria.

The agency states that the virus is named after the town in Nigeria where the first cases occurred.

Lassa fever is a virus that had been killing Nigerians before the outbreak of the Ebola Virus Disease in the country and it will be advisable for people to know its symptoms.

As in Ebola, experts say the symptoms of Lassa fever occur one to three weeks after the patient comes into contact with the virus.

Adunbarin says that the symptoms may include general malaise, weakness, and headache in mild cases but quickly adds that when untreated, the infection may progress to respiratory distress, bleeding in the gums, repeated vomiting, facial swelling, pain in the chest, back and abdomen as well as shock.

He says that neurological problems such as hearing loss, tremours, and encephalitis are symptoms of severe cases and if left untreated, death may occurwithin two weeks after symptom onset due to multi-organ failure in an infected person.

Adunbarin notes, “The most common complication of Lassa fever is deafness. Various degrees of deafness occur in approximately one-third of infections, and in many cases hearing loss is permanent. As far as is known, severity of the disease does not affect this complication: deafness may develop in mild as well as in severe cases.

Preventing Lassa fever is first about knowing the source.

Adunbarin notes that disease is spread by exposure to and eating of food contaminated with rat dropping or urine.

“It is also spread by direct contact with the blood, urine, faeces or other bodily secretions of a person with Lassa fever. In short, those who contract this virus must have touched or eaten something that had been touched by an infected rat.” he adds.

The medical director, Federal Medical Centre, Jalingo, Taraba State, where three people died last week, Dr. Wiza Inusa, says that residents must keep a clean environment that would ensure that rats do not have access to food.

Inusa said, “As we all know that this disease is carried by rodents, adopt simple hygienic procedures on keeping foods, plates and pots in the house. Clean the environment so that it does not invite rats.”

It is important to promote good hygiene. The Lagos State Commissioner for Health, Dr. Jide Idris, recommends that people should block holes and other openings that could allow rats, which is the animal vector of the disease to enter the house.

“We should all stick to the basic rules of hygiene to prevent Lassa fever infection by keeping our environment clean. Please avoid contact with rats and also block other avenues in their homes that could allow rodents.

He, however, stresses that health workers must protect themselves while treating Lassa fever patients or suspected cases.

Idris adds that a suspected case is when a patient presents with a fever that won’t go after several treatments and management.

It simply means, if a fever persists after all medications and therapies have been applied, such individuals should visit the nearest health facility.

Also, experts advise that while some states are still battling with the Lassa outbreak, health workers should treat patients with symptoms of high fever with a high index of suspicion.

Fibroid surgery: Everything you need to know

Stroke: Smoking both traditional and e-cigarettes may raise risk