Home Articles Too much salt could increase diabetes risk 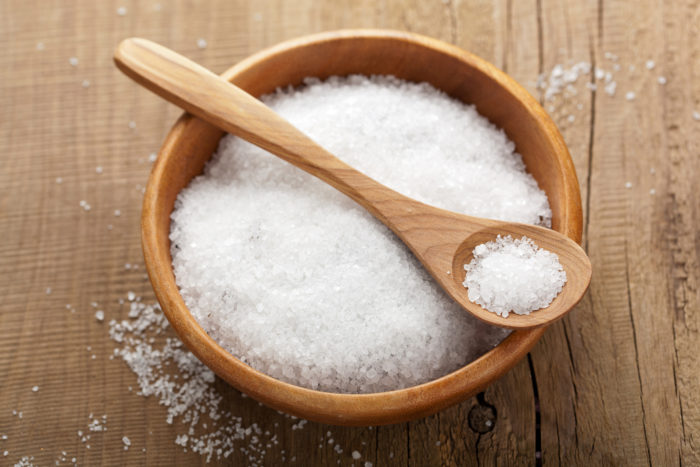 Diabetes is a common condition that affects more than 29 million people in the United States, according to the Centers for Disease Control and Prevention (CDC). Type 2 diabetes accounts for up to 95 percent of all diagnosed cases and is characterized by abnormal levels of blood sugar.

This type of diabetes is most often diagnosed in middle-aged and senior people. Another metabolic condition called latent autoimmune diabetes in adults (LADA) is often misdiagnosed as type 2 diabetes; it also appears later in adulthood.

LADA is a more slowly progressing disease, and it does not initially require insulin treatment.

A new study conducted by Dr Bahareh Rasouli, of the Institute of Environmental Medicine at the Karolinska Institutet in Stockholm, Sweden – in collaboration with researchers from other Swedish and Finnish institutions – now looks at the impact of sodium intake on the risk of type 2 diabetes and LADA.

The researchers have presented their findings at the annual meeting of the European Association for the Study of Diabetes, held in Lisbon, Portugal.

High sodium intake may be a risk factor

Existing research had already suggested that the sodium we usually absorb from our daily intake of salt may significantly increase the risk of developing type 2 diabetes.

The team explains that this may be because sodium impacts insulin resistance, but also because excess salt can lead to hypertension and gaining excess weight. But until now, no studies had looked at the impact of sodium intake on the risk of LADA.

Dr Rasouli and colleagues analyzed data from the Epidemiological Study of Risk Factors for LADA and Type 2 Diabetes, which is a large Swedish cohort study.

The team looked at data from 355 people diagnosed with LADA and 1,136 individuals with type 2 diabetes, comparing the results of this analysis with the findings from a healthy group of 1,379 individuals (the controls).

Questionnaires were used to collect information about the participants’ daily diets. These data then allowed the team to calculate the daily caloric, nutrient, and sodium intake for each participant.

Dr Rasouli and colleagues also took into consideration genetic risk factors for diabetes, and the participants were split into “high risk” and “other” categories depending on their genetic profile.

It was noted that the people who fell within the high consumption category were at a 58 percent higher risk of developing type 2 diabetes than the individuals in the low consumption group.

People with a high genetic risk of diabetes who also had a high daily sodium intake were almost four times as likely to develop LADA than people with a low daily intake of sodium.

Based on these findings, the researchers “confirm an association between sodium intake and type 2 diabetes.” They add that “high sodium intake may be a risk factor for LADA, especially in carriers of high risk HLA [human leukocyte antigen] genotypes.” These are people who already carry a significant genetic risk of diabetes.

The authors suggest that their study may lead to fresh prevention strategies for diabetes, and especially LADA.

These findings may have important implications in the primary prevention of diabetes with adult onset.

How to get rid of trapped gas