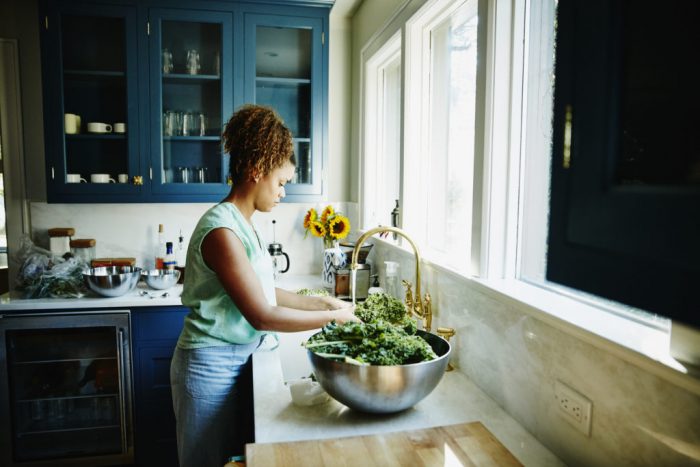 After examining the link between metabolites in urine and overall health, researchers created a 5-minute test to reveal a person’s nutritional fingerprint.

Research finds a new way to look at the relationship between what we eat and our health.

It might seem obvious that good nutrition is linked to good health. Still, it has proven difficult to identify specific links between foods and health outcomes. Two new studies from scientists at Imperial College London (ICL), United Kingdom, and various collaborators report insights from the analysis of metabolites in urine.

The researchers have created a 5-minute urine test that can capture a person’s “nutritional fingerprint.”

“Diet is a key contributor to human health and disease, though it is notoriously difficult to measure accurately because it relies on an individual’s ability to recall what and how much they ate. For instance, asking people to track their diets through apps or diaries can often lead to inaccurate reports about what they really eat,” explains study author Joram Posma, of ICL’s Department of Metabolism, Digestion, and Reproduction.

“This research reveals this technology can help provide in-depth information on the quality of a person’s diet and whether it is the right type of diet for their individual biological makeup.” — Joram Posma, study co-author

Scientists from ICL and their collaborators — from Northwestern University in Chicago, IL, the University of Illinois at Chicago, and Murdoch University in Australia — authored the first of the two studies. It appears in the journal Nature Food.

Metabolites are molecules that the body produces during cellular metabolism, and some are measurable in a person’s urine.

Working with 1,848 study participants in the U.S., the researchers were able to identify associations between 46 different metabolites and food types.

“Through careful measurement of people’s diets and collection of their urine excreted over two 24-hour periods, we were able to establish links between dietary inputs and urinary output of metabolites that may help improve understanding of how our diets affect health. Healthful diets have a different pattern of metabolites in the urine than those associated with worse health outcomes.”

Metabolites were linked with the ingestion of alcohol, citrus fruit, fructose (fruit sugar), glucose, red meats, and other animal proteins, such as chicken. Nutrients, including vitamin C and calcium, were also associated with metabolites in the study.

Metabolites’ associations with health outcomes also became apparent in the data. For instance, the scientists found that the metabolites formate and sodium were linked to obesity and higher blood pressure.

The second study and the 5-minute fingerprint

For the second research project, which also appears in Nature Food, the ICL team worked again with scientists from Murdoch University, along with researchers from Newcastle University and Aberystwyth University, both in the U.K.

The study reports that the scientists were able to produce an easy-to-administer urine test that could reveal a person’s metabolite profile in the form of a Dietary Metabotype Score (DMS).

“Our technology can provide crucial insights into how foods are processed by individuals in different ways — and can help health professionals, such as dietitians, provide dietary advice tailored to individual patients.”

In evaluating the test, the scientists conducted experiments with 19 people whom they instructed to follow one of four types of diets (ranging from very healthful to unhealthful) strictly based on the World Health Organization’s (WHO’s) guidelines. The healthiest adhered 100% to the WHO recommendations, and the least healthy just 25% of them.

The study authors found that even among those who reported following the same diet, there were differences in the DMS.

WHO recommendations contain a great deal of latitude in the choice of specific foods. One recommendation, for example, is, “Fruit, vegetables, legumes (e.g., lentils and beans), nuts, and whole grains (e.g., unprocessed maize, millet, oats, wheat, and brown rice).”

The researchers found that, in general, the more healthful the person’s diet, the higher the DMS. Those with higher scores also had lower blood sugar and excreted an increased amount of energy from the body in the urine.

The study characterizes the difference between high energy urine and low energy urine as meaning that a person with a higher DMS would be losing 4 extra calories a day, which equates to about 1,500 calories a year, and would thus avoid about 215 g of body fat annually.

Next up for the team is investigating the use of this new technology in people at risk of cardiovascular disease.

Aside from the obvious value of the 5-minute test, the studies suggest that it may be time to use the new findings to personalize healthful food recommendations.

“We show here how different people metabolize the same foods in highly individual ways. This has implications for understanding the development of nutrition-related diseases and for more personalized dietary advice to improve public health.”

The link between specific metabolites, foods, and outcomes also raises other considerations, according to ICL’s Gary Frost, another co-author:

“These findings bring a new and more in-depth understanding to how our bodies process and use food at the molecular level. The research brings into question whether we should rewrite food tables to incorporate these new metabolites that have biological effects in the body.”