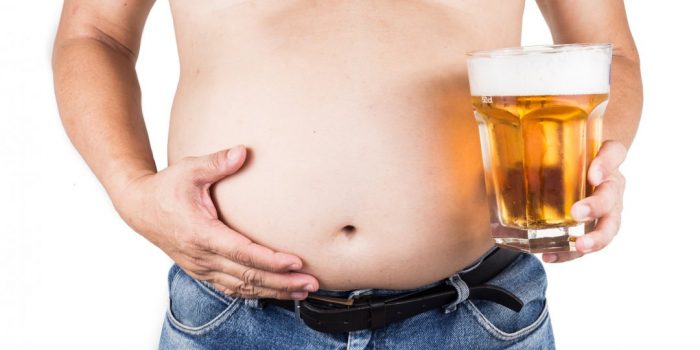 Nine in ten middle-aged men with waists greater than 40in struggle to get an erection. The rate was a quarter higher than those with a 37in gut, who tended to have only mild difficulties. Those with the biggest bellies had nearly a quarter fewer orgasms and were less sexually satisfied.

Excess belly fat reduces the flow of blood needed to perform and affects testosterone levels, the Turkish researchers suggest in the Journal of Sexual Medicine.

Prof. Mustafa Bolat said: “It is similar to the furring up of arteries that occurs in heart disease.”Commenting on the findings, sex therapist Phillip Hodson said: “The greater British beer belly is not only bad for your heart physically – it is now clearly been linked to not being able to start, continue or complete the act of love.

“Many try to disguise their girth by not tucking in shirts. But they’d do better to heed Government advice and not tucking into booze and butties.”