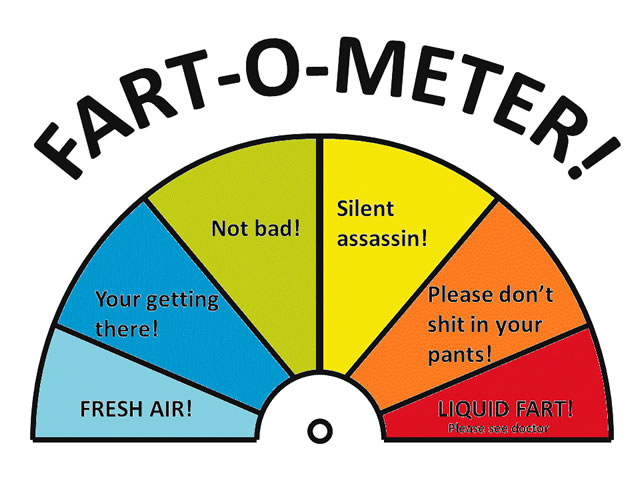 Of course, we are not telling you to constitute a nuisance by engaging in obnoxious behaviour such as farting in public!

Rather, we are here to let you know that when done in the right place and at the right moment, farting is just another biological process that our bodies engage in on a daily basis.

According to General Practitioner, Dr. Francis Duru, farts are emissions of a mixture of the air that is swallowed when eating and the subsequent gases that are created by the decomposition of food once digestion begins.

What this means is that, for as long as we eat, so long will our intestines build up gas, which it must release at regular intervals to show that our bodies are working well.

Experts say a person farts about 20 times a day. So, passing gas is normal.

Of course, farts don’t smell like any perfume that you know. If anything, it is capable of fouling the air for the next few minutes after its release, hence people’s natural repulsion to it when a person lets go indiscriminately.

Why your fart smells so bad!

Duru says that the dietary habits of an individual usually determines how foul his/her fart smells, and also how often s/he feels the urge to fart.

“How foul a fart smells depends on the diet and also on the intestinal bacteria, which may lead to frequent, extended bouts of burping, belching, and flatulence,” he explains.

Endocrinologists warn that if you are the type that gobbles up your food, such that you don’t have the patience to chew your food thoroughly, then you are helping your body to build up more gas than necessary!

The experts advocate the eating of foods rich in fibre such as fruit and vegetables, reduced sugary and fatty foods, and drinking more water on a regular basis.

Consultant Nutritionist, Dr. Mabel Odunewu, says flatulence (the presence of too much gas or air in the stomach or intestines) can also be the result of food intolerance.

Odunewu notes that if an individual is unable to digest certain nutrients, such as those found in dairy products like milk, cheese and yoghurt; or a meal like beans, then it’s better to avoid such foods or eat them sparingly because they may be sensitive or even allergic to them.

“The same thing happens when you sit for a long stretch without taking a break to walk around for a few minutes. Your body simply goes into a recess, during which gas begins to build up,” the physician adds.

Duru says that a life of stress can also lead to gas build-up. He counsels that if you notice that you fart more than you normally do, or if your fart smells worse than you knew it to be, you should see a doctor.

“The problem may have to do with your intestines. And it’s better to know what’s going on in your body as early as possible,” he suggests.

Why you must expel the wind

Of course, it is sometimes inconsiderate to let go of farts whenever the body feels like expelling it — especially when you are with people! Consequently, it is ‘normal’ to hold in the fart, probably with the thought that you would enjoy the luxury of letting go when you are alone.

Well, in terms of decency and, probably, finesse, you are right. But experts are saying that when you hold on to a fart that otherwise should be expelled, you are toying with your health!

Indeed, researchers warn that when held in, the gas that can’t be expelled from the body is absorbed into the intestinal wall and then mixes with the blood!

Duru adds, “The blood will go through the lungs and may cause bad breath. At its most extreme, refusing to fart can cause diverticula (pouches in the wall of the colon) to form. “These pockets can become infected, leading to a condition called diverticulitis (a digestive condition that hampers bowel function)”.

Again, experts say if you are in the habit of withholding your gas, you may experience various untoward symptoms such as heartburn, indigestion, bloating and, in some cases, stomach ache.

“Intestinal distention caused by trapped gas can lead to increased heart rate and blood pressure; not to mention the mental torture that you experience as a result of trying to prevent the gas from escaping,” Duru counsels.

Chew your food slowly. Swallowing air when eating is a major cause of gas.
Avoid chewing gum because it encourages you to swallow air.
Avoid bubbly beverages such as carbonated drinks.
Know which foods trigger your gas. Beans, apples, dairy products, eggs, wheat, broccoli, and onions are known to be gas producers. If they cause you gas, eat them in small amounts, or avoid eating them while at work.
Eat lots of fibre-rich foods such as vegetables, fruit, and whole grains to prevent constipation, which can cause bloating and gas.
The bottom line: When pressed to fart, find a lone spot and let go!

Stroke: Smoking both traditional and e-cigarettes may raise risk