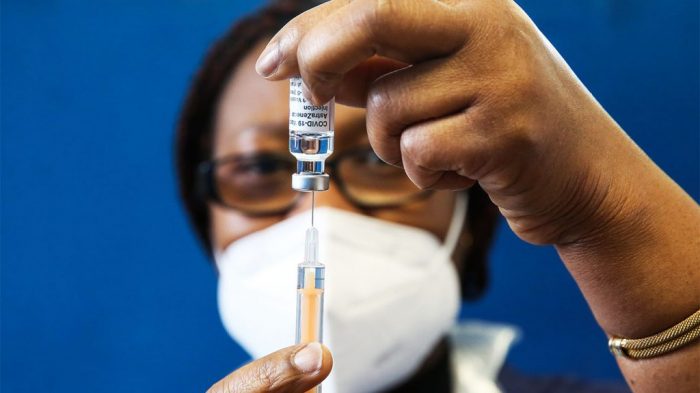 In the past month, more than 1,000 scientific, public health, and legal experts have joined a call to global leaders to ensure access to COVID-19 vaccines for low- and middle-income countries.

“The COVID-19 pandemic will not be over for us until it is over for everyone,” the authors wrote in an open letter.

Now, a health expert in Argentina argues in the BMJ that, on top of supply problems, Latin American countries face an additional challenge due to a lack of publicly available data about vaccines from Russia and China.

Dr. Juan Víctor Ariel Franco, the editor-in-chief of BMJ Evidence-Based Medicine and a lecturer in research methodology, family medicine, and public health at the Instituto Universitario of the Hospital Italiano de Buenos Aires, in Argentina, points out that high-income countries have not had to face this difficulty.

“The lack of publicly available data on these vaccines adds another layer of inequality: We are administering vaccines to millions of individuals in Latin American countries for which we have little to no information beyond press releases,” he writes.

If the virus is allowed to spread unchecked in low- and middle-income countries, Dr. Franco warns, it will mutate into variants that evade the immune protection from vaccines.

Despite extreme political, economic, and social difficulties in Latin America, the rollout of COVID-19 vaccines started at the end of 2020 due to direct agreements between national governments and vaccine manufacturers.

Dr. Franco notes that the Pfizer-BioNTech and Oxford-AstraZeneca vaccines have been generally well-received because regulators such as the Food and Drugs Administration (FDA) and European Medicines Agency provided free access to the evidence on which they based their approvals.

However, he highlights an initial lack of information about the phase 3 trial of the Russian Sputnik V vaccine, which was distributed in Argentina between December 2020 and January 2021.

At the time, the only publicly available data was in a press release from the Gamaleya Research Institute of Epidemiology and Microbiology, in Moscow, which had developed the vaccine, and a two-page report from the Argentinian medicines regulatory agency.

Dr. Franco says that the publication of an interim analysis of the results in The Lancet in early February 2021 allayed some concerns, but the full protocol for the trial has still not been released.

In addition, he reports that the regulators in Argentina have not issued an independent evaluation of the results.

With the second wave of COVID-19 sweeping across the region and variants spreading unchecked, Dr. Franco notes that regulators in Latin America have now approved two more vaccines, made by Sinopharm and Sinovac, in China.

But they did this in the absence of publicly available technical reports on phase 3 clinical trials or published data, he writes.

Dr. Franco points out that there is “little or no information” about the effects of these vaccines in particular subgroups of people or whether these vaccines are as effective against variants.

This is particularly important, he says, given that their efficacy against the original strain could be as low as 50%.

“This would not be acceptable for high-income countries who sign deals with the main manufacturers and align their regulators’ power to guarantee quality control and transparency in the approval process,” Dr. Franco writes.

He observes that this openness by the regulators in high-income countries is maintained “even in the most sensitive cases,” as with concerns about a possible link between the AstraZeneca vaccine and adverse events.

On their own, low- and middle-income countries do not have the power to negotiate access to the vaccines with more transparent data, Dr. Franco writes, “amid a brutal fight over vaccine doses” among high-income countries.

In his article, Dr. Franco calls for international collaborations — with the support of bodies such as the Pan American Health Organization and World Health Organization (WHO) — to ensure that all vaccine data are made available as soon as possible.

Given the global shortage, he concedes that low- and middle-income countries may have to deploy vaccines with lower efficacy:

“But this must be done with publicly available data and wide consultation to relevant stakeholders. We cannot afford to fuel anti-vaxxers, conspiracy theorists, and COVID-deniers in countries that are struggling to ramp up vaccination during a global crisis.”