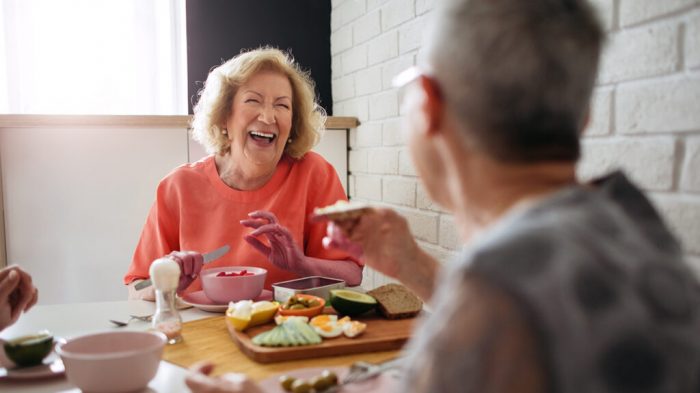 Scientists have found associations between fungi living in the gut and mild cognitive impairment, which can lead to Alzheimer’s disease. They suggest that a ketogenic diet could help prevent the disease by creating a more healthful balance of microorganisms in the gut.

Alzheimer’s Association report that 15–20% of people over 65 experience mild cognitive impairment (MCI), which involves a decline in memory and the ability to think clearly.

Doctors do not consider MCI to be a form of dementia because people who have it are able to function relatively well and live independently. However, MCI is associated with an increased risk of Alzheimer’s disease or another form of dementia later in life.

Developing preventive strategies that can be initiated early is therefore a priority. But despite decades of research, no therapies have been shown to reverse or prevent the brain changes seen in Alzheimer’s.

One potential strategy that scientists have begun to explore involves modifying the diet to influence the microbial communities in the gut.

There is an intimate relationship between the gut microbiome and the central nervous system, with recent research suggesting associations between particular bacterial communities and neurological disorders, including MCI, dementia, and Alzheimer’s.

In one recent study, scientists at the Wake Forest School of Medicine, in Winston-Salem, NC, found a distinctive gut bacterial “signature” in people with MCI.

They also discovered that a diet called the modified Mediterranean-style ketogenic diet altered bacterial communities in the guts of volunteers and reduced biomarkers of Alzheimer’s disease in the cerebrospinal fluid of those with MCI.

This diet contains a limited number of carbohydrates and increased amounts of fats. These are primarily mono- and polyunsaturated fats that come from olive oil and fish.

A ketogenic, or “keto”, diet contains very few carbohydrates, which the body uses as fuel. When short on carbs, the body starts to break down its fat reserves to produce molecules called ketones, as an alternative source of energy.

The same group of researchers now reports similar associations between the communities of fungi in the gut — collectively called the mycobiome — the person’s diet, and their risk of MCI.

They report their findings in the latest issue of the journal EBioMedicine.

“Although we do not fully understand how these fungi contribute to Alzheimer’s disease, this is the first study of its kind to reveal their role in our mental health, which we hope will ignite thinking in the scientific community to develop better understanding of them in relation to Alzheimer’s disease,” says principal investigator Hariom Yadav, Ph.D., an assistant professor of molecular medicine at Wake Forest.

“It also indicates that dietary habits such as eating a ketogenic diet can reduce harmful fungi in the gut, which might help in reducing Alzheimer’s disease processes in the brain,” he explains.

The researchers randomly assigned 17 older adults to eat either a Mediterranean-style ketogenic diet (MMKD) for 6 weeks or the American Heart Association diet, which is relatively low in fat and high in carbohydrates.

Eleven of the participants had MCI and six had no cognitive issues. Their average age was 65 years.

The team provided each participant assigned to the MMKD with 2 liters of extra virgin olive oil and encouraged them to eat fish, lean meats, and nutrient-rich foods.

After a 6-week “washout” period during which the participants maintained their regular diets, they switched to their study-assigned diets for 6 weeks.

The scientists monitored changes in the participants’ mycobiomes by analyzing fecal samples and changes in Alzheimer’s biomarkers by assessing samples of cerebrospinal fluid.

At the start of the study, the mycobiomes of participants with MCI had a distinctive signature, containing more of certain types of fungi and fewer of others, compared with those of the other participants.

As expected, MCI was associated with a high-risk profile of Alzheimer’s biomarkers in cerebrospinal fluid. In keeping with previous findings, following an MMKD appeared to improve this risk profile.

Interestingly, individuals with MCI initially had less fungal diversity in their guts, compared with the healthy participants, but eating an MMKD seemed to restore the diversity.

The researchers note that changes in the populations of gut bacteria of individuals with MCI who ate an MMKD — which they had reported in their previous study — may have had knock-on effects on the fungi.

Some species of bacteria produce substances known to suppress the growth of certain fungi. The authors report that this may explain why eating an MMKD suppressed a genus of fungi called Candida in the guts of participants with MCI.

Candida has been implicated in a range of inflammatory diseases of the gut, including Crohn’s disease and ulcerative colitis.

Inflammation is now believed to play an important role in Alzheimer’s disease, as well. By suppressing Candida and reducing inflammation, say the researchers, eating an MMKD may help reduce the risk of Alzheimer’s.

The authors acknowledge that their study had some key limitations. First, while the researchers advised people to eat certain diets, they did not monitor the participants for this.

It was also a pilot study with a small sample size, making it impossible to account for other variables that might affect Alzheimer’s risk and the population of the gut’s microorganisms, such as lifestyle, gender, and ethnicity.

Moreover, the unique signature of gut fungi and bacteria found in individuals with MCI may be a result of the health issue, rather than one of its causes.

Finally, the changes in the mycobiome observed in the participants assigned the keto diet may have been transient, resulting from fungi in the food.

Hallucinations: What explains these tricks of the mind?

What to know about vasodilation