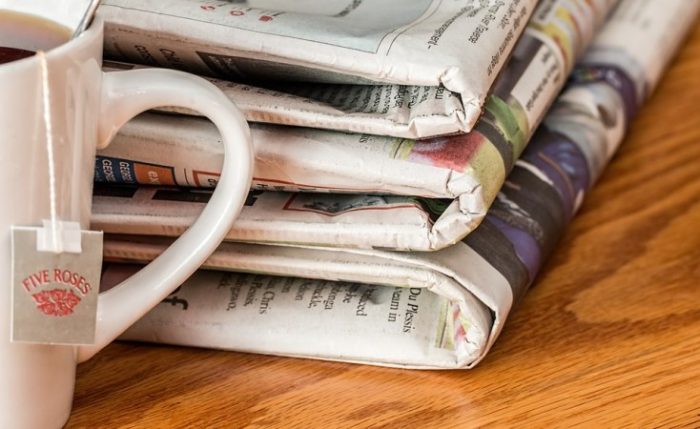 The Newspaper Proprietors’ Association of Nigeria (NPAN) yesterday made a case for a stimulus package for the media to ease the operational difficulties they have been subjected to since the onset of the COVID-19 pandemic.

President of NPAN, Prince Nduka Obaigbena, at a virtual meeting the group had yesterday with the Minister of Information and Culture, Alhaji Lai Mohammed, listed the stimulus the media needed to include a soft loan, tax relief and other fiscal incentives as well as an increased patronage of the media by the government.

Obaigbena, who is also Chairman of THISDAY Newspaper/ARISE NEWS Channel, called on the minister to enact a policy that will ensure that some online platforms pay for the original content they generate from the various media outlets in Nigeria.

He urged the federal government to do the same for the Nigerian media.

Obaigbena assured the minister that the media would continued to sensitise Nigerians on COVID-19 in all platforms, even in the face of drastic reduction in revenue.

In his remarks, Mohammed applauded the media for supporting the ongoing fight against the spread of COVID-19 in the country.

He also appealed for more support for the federal government’s efforts in tackling the pandemic.

“The government is very grateful to the media. You have done a lot to bring our message (on the pandemic) to Nigerians,” he said.

He cited the result of a recent poll, which showed that 99 per cent of Nigerians are aware of the pandemic, while 95 per cent said they have received information on how to protect themselves, as a testament to the effectiveness of the media in collaborating with the federal government to enlighten the public on the pandemic.

The minister, according to a statement from his office, noted that in the absence of any drug or vaccine against the virus, the only way it can be controlled is through non-pharmaceutical intervention (NPI), which includes social distancing, wearing of face mask, avoiding mass gathering and ensuring personal hygiene.

According to him, NPI is hinged on getting the necessary information to the public and this could only be done with the support of the media.

“You see – the truth of the matter is that as long as there is no vaccine or drug for COVID-19, the only way we can all survive is through the non-pharmaceutical intervention, which is actually anchored on advocacy and public sensitisation and there is no way you can do this without the media in whatever form, whether it is the print, electronic or the new media.

“Yes, we are going to spend more on research and ventilators but we will spend less money on ventilators, less on isolation centres if we invest just a fraction of what we are spending on ventilators in the media,” he stated.

The minister added that even though the federal government is confronted with huge economic challenges arising from dwindling revenue, he would consider the requests by the association to mitigate the effect of the pandemic on its members.

What to know about skin blemishes