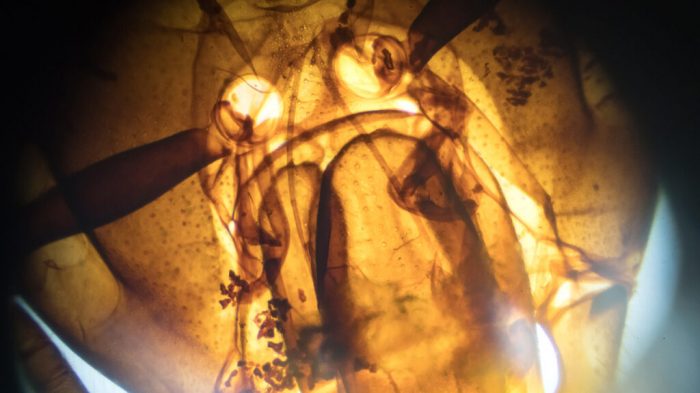 For thousands of years, humans have used honey, propolis, and venom from the European honeybee Apis mellifera as medicines.

More recently, scientists have discovered that honeybee venom and its active component, melittin, are toxic to a wide range of tumors — including melanoma, lung, ovarian, and pancreatic cancers — in laboratory tests.

Melittin is the molecule that creates the painful sensation of a bee’s sting. Scientists do not fully understand how it kills cancer cells, however.

For the first time, researchers have investigated the effect of melittin and honeybee venom on a range of breast cancers, including two of the most aggressive and hard-to-treat types.

Breast cancer is the most common cancer in women. The two aggressive types, known as triple-negative breast cancer and HER2-enriched breast cancer, are associated with the poorest outcomes. They tend to develop resistance to existing treatments.

Scientists at the Harry Perkins Institute of Medical Research in Perth, Australia, and the University of Western Australia, also in Perth, found that melittin and honeybee venom rapidly kill these cancer types, with negligible effects on normal cells.

“The venom was extremely potent,” says Dr. Ciara Duffy, who led the research. “We found that melittin can completely destroy cancer cell membranes within 60 minutes.”

The study also showed that venom from bumblebees, which contains no melittin, did not kill the cancer cells — even at high concentrations.

The scientists report their work in the journal npj Precision Oncology.

Melittin can kill cells in under 1 hour by punching holes in their outer membrane. However, within 20 minutes of administration, it also disrupts the passing of chemical messages that the cells need to grow and divide.

“We looked at how honeybee venom and melittin affect the cancer signaling pathways, the chemical messages that are fundamental for cancer cell growth and reproduction, and we found that very quickly these signaling pathways were shut down,” says Dr. Duffy.

The scientists discovered that melittin does this by preventing the activation of receptors for growth factors in the cells’ membrane. One of the reasons that HER2-enriched cancer cells and some triple-negative breast cancers grow uncontrollably is that they have large numbers of these receptors.

By preventing these growth signals from getting through, melittin halts the cells’ proliferation.

Prof. Peter Klinken, who was not involved in the research, is the chief scientist of Western Australia. He welcomes the findings, saying, “This is an incredibly exciting observation that melittin, a major component of honeybee venom, can suppress the growth of deadly breast cancer cells, particularly triple-negative breast cancer.”

“Significantly, this study demonstrates how melittin interferes with signaling pathways within breast cancer cells to reduce cell replication. It provides another wonderful example of where compounds in nature can be used to treat human diseases.”

Because melittin creates holes in cell membranes, it may also allow existing chemotherapy drugs to penetrate and kill cancer cells.

To test this possibility, the researchers treated a mouse model of triple-negative breast cancer with a combination of melittin and a drug called docetaxel. This proved more effective at shrinking the tumors than either docetaxel or melittin alone.

Doctors could potentially use this strategy to increase the efficacy or reduce the dosage of chemotherapy drugs, thereby reducing harmful side effects.

The study authors note that honeybee venom is relatively cheap and easily obtainable, making it a good option for cancer treatment in countries with poorly resourced health services.

“Honeybee venom is available globally and offers cost effective and easily accessible treatment options in remote or less developed regions. Further research will be required to assess whether the venom of some genotypes of bees has more potent or specific anticancer activities, which could then be exploited.”

This line of research is in its infancy, with researchers yet to perform clinical trials in humans to assess the safety and efficacy of melittin for treating breast cancer.

Although this particular study found no evidence of harm to noncancerous cells, other studies suggest otherwise. Therefore, healthcare professionals may need to carefully target melittin to tumors to prevent collateral damage to healthy tissue.

You can have your own babies (2)

Hazards of the environment on reproductive functions