Home Articles HIV, malaria, TB, others may become untreatable due to rise in medicine... 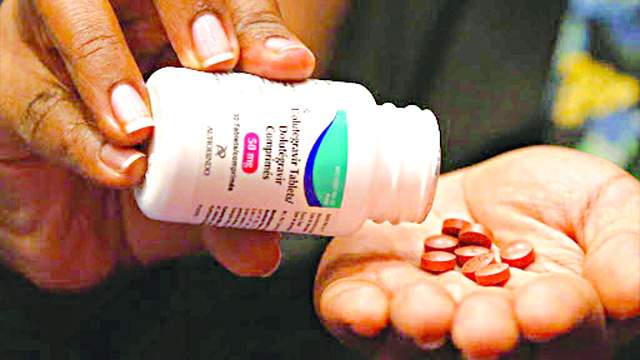 Over the past decade, the world has witnessed unprecedented scale-up of antiretroviral therapy (ART), which has saved the lives of tens of millions of people. As of December 2019, 25.4 million people out of an estimated 38 million people living with Human Immuno-deficiency Virus (HIV) were receiving ART globally.

Increased use of ART has, not unexpectedly, been accompanied by the emergence of some degree of HIV drug resistance, the levels of which have steadily increased in recent years.

HIV drug resistance can jeopardise the efficacy of antiretroviral drugs used for both HIV treatment and prevention of the infection and is associated with an increased number of HIV infections and HIV-associated morbidity and mortality.

Combating antimicrobial resistance (AMR), including resistance to HIV medicines, is a global priority that demands coordinated action across all government sectors and levels of society.

The Global Action Plan on HIV drug resistance 2017–2021, aligned with World Health Organisation’s (WHO’s) global action plan on antimicrobial resistance, defines key actions for the country and global stakeholders to prevent, monitor, and respond to HIV drug resistance and to accelerate progress towards achieving the global targets for HIV epidemic control by 2030.

The key actions are:
Prevention and response: implement high-impact interventions to prevent and respond to HIV drug resistance.

Research and innovation: encourage relevant and innovative research, which will have the greatest public health impact in minimising HIV drug resistance.

Laboratory capacity: support and expand the use of viral load testing and build capacity to monitor HIV drug resistance.

Also, antimalarial drug resistance has emerged in recent years as a threat to global malaria control efforts, particularly in the Greater Mekong sub-region. The much-anticipated Report on antimalarial drug efficacy, resistance, and response: 10 years of surveillance (2010–2019) will present a decade’s worth of data on drug efficacy and surveillance and recommendations to protect the efficacy of malaria treatments in the decades to come.

Meanwhile, a study has warned that children may be more likely to suffer from chronic illnesses like allergies, asthma, eczema, and obesity if given antibiotics before the age of two.

The full findings of the study were published in the journal Mayo Clinic Proceedings.

United States (U.S.) researchers analysed the health records of 14,500 children and found a correlation between chronic illness and early antibiotic use.

The team has speculated that the antibiotics — while used to help fight off ‘bad’ bacteria — can impact the beneficial microbes that make up our gut microbiome.

Allergies — which are the most common chronic disorder among children — affect more than one-in-four people in the United Kingdom (U.K.) at some point in their lives.x

Antibiotics are used to treat bacterial infections like urinary tract infections but are not effective against viruses such as the common cold or coronavirus.

“We want to emphasise that this study shows association not causation of these conditions,” said paper author and physiologist Nathan LeBrasseur of the Mayo Clinic in Minnesota.

“These findings offer the opportunity to target future research to determine more reliable and safer approaches to timing, dosing, and types of antibiotics for children in this age group,” he added.

In their study, Professor LeBrasseur and colleagues analysed the health records of more than 14,500 children — around 70 per cent of who had been treated with antibiotics before the age of two.

“While recent data show an increase in some of the childhood conditions involved in the study, experts are not sure why,” said LeBrasseur.

“Other than the issue of multidrug resistance, antibiotics have been presumed safe by most pediatricians.”

Those babies who had received multiple courses of antibiotics were more likely to have more than one chronic condition during their childhood, the team also noted.x

The types of illness suffered varied dependent on the child’s age, the kind of antibiotics they were on, and how many doses they were given.

“The ultimate goal is to provide practical guidelines for doctors on the safest way to use antibiotics early in life,” LeBrasseur added.

Although there are over 100 types of antibiotics, one of the most commonly prescribed is amoxicillin — used to treat assorted conditions including middle ear infections, strep throat, skin infections, pneumonia, and urinary tract infections.

Have no doubts, infertility is preventable