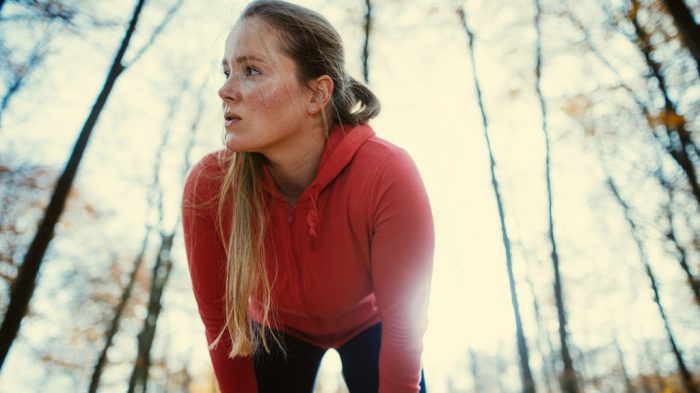 A study finds that hyperglycemia makes it more difficult for people to increase their aerobic capacity.

Regular aerobic exercise provides various health benefits, which heighten as a person increases their aerobic capacity. Doctors recommend this form of exercise to help control diabetes, but people with diabetes often have trouble improving this capacity.

Now, scientists at the Joslin Diabetes Center, an affiliate of Harvard Medical School, in Boston, MA, have published a new study that may explain why.

Hyperglycemia, or higher-than-normal levels of blood sugar, may prevent people from increasing their aerobic capacity and gaining the health benefits that this type of exercise can provide.

The researchers have observed this diminished effect of aerobic exercise in humans with chronic hyperglycemia when blood sugar levels are within the prediabetes range, as well as in mouse models.

Prof. Sarah Lessard is the senior investigator of the study, which has been published in the journal Nature Metabolism.

“The idea behind this study was to see: If we induce high blood sugar in mice, will we impair their ability to improve their aerobic fitness?” says Prof. Lessard.

In designing the study, the researchers hoped to learn more about the mechanisms behind this potential effect, in an effort to find new ways to help people with hyperglycemia boost their fitness levels.

The mice in both groups exercised equally, running roughly 500 kilometers, or about 311 miles, over the course of the study.

Still, compared with a control group that had lower blood sugar levels, both sets of hyperglycemic mice failed to gain significant aerobic capacity.

The fact that both groups developed the condition suggests that the effect is related to blood sugar, not obesity or the effects of insulin.

According to Prof. Lessard, muscle tissues typically change as a result of aerobic exercise, and muscle fibers become more efficient at using oxygen. “We also grow new blood vessels,” says Prof. Lessard, “to allow more oxygen to be delivered to the muscle, which helps to increase our aerobic fitness levels.”

However, the researchers saw no such muscle adaptation in the hyperglycemic mice.

They suggest that high levels of sugar are interrupting the remodeling of muscle by altering proteins in the space between muscle cells, where new blood vessels would typically have formed.

The study authors add that another possible factor may be a malfunctioning of the c-Jun N-terminal kinase (JNK) pathway. This signaling pathway may act as a molecular switch that programs a muscle to react to a particular type of exercise.

In earlier research using hyperglycemic mice, Prof. Lessard found that the JNK pathway may get this wrong. She determined that “The muscles of hyperglycemic animals have bigger fibers and fewer blood vessels, which is more typical of strength training, rather than aerobic training.”

Prof. Lessard and her team followed up with clinical tests in humans and found similar results. They also identified one group for whom the issue was particularly acute.

The researchers saw that individuals with impaired glucose intolerance — in which blood sugar levels rise with the consumption of glucose — had the least increases in aerobic capacity.

This was, at least in part, due to the malfunction of the JNK pathway. “Looking at how their muscles responded to a single bout of typical aerobic exercise, we also saw that those with the lowest glucose tolerance had the highest activation of the JNK signaling pathway, which blocks aerobic adaptations,” says Prof. Lessard.

“We often think of diet and exercise as separate ways to improve our health,” she adds.

“Our work shows that there is more interaction between these two lifestyle factors than what was previously known and suggests that we may want to consider them together in order to maximize the health benefits of aerobic exercise.” – Prof. Sarah Lessard, senior study author

To that end, the team recommends that individuals with hyperglycemia consider following a diet designed to lower blood sugar levels. In addition, diabetes drugs can help get these levels under control.

The researcher emphasizes that aerobic exercise has health benefits, even when taking into account the inhibiting effect of high blood sugar, saying:

“Regular aerobic exercise is still a key recommendation for maintaining health in people with or without hyperglycemia.”

Prof. Lessard also notes that other forms of exercise, such as strength training, can help with health and fitness.

8 Habits That Harm Your Brain