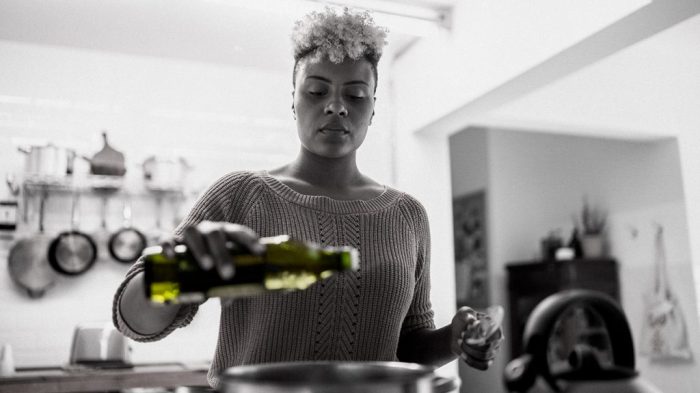 Researchers know that HDL, or good, cholesterol reduces inflammation. At healthy levels, HDL can also reduce the risk of stroke and heart attack.

So far, intervention trials using medications to improve or increase HDL levels have been unsuccessful. Also, some genetic research indicates that lifelong high or low levels of HDL do not seem to relate to cardiovascular outcomes, as expected.

That is why some cardiovascular risk prevention researchers are shifting their focus from circulating HDL levels to the actual functional ability of HDL.

Indeed, a research team from the Netherlands has studied the relationship between HDL’s ability to reduce inflammation and the risk of experiencing a first cardiovascular event.

“HDL are very complex particles with anti-atherosclerotic functions that are not reflected by measuring just the cholesterol quantity,” says senior study author Dr. Uwe J. F. Tietge, Ph.D., a professor and head of the Division of Clinical Chemistry at the Karolinska Institute in Stockholm, Sweden.

“Atherosclerosis [plaque buildup in the arteries] underlying cardiovascular disease is increasingly recognized as a disease with a strong inflammatory component, and a central biological function of HDL is to decrease inflammation.”

By analyzing data from 680 adults, the team found evidence to suggest that HDL’s ability to reduce inflammation is associated with a reduced risk of a cardiovascular event.

“By using a novel research tool, our results provide strong support for the concept that plaque buildup in the arteries has an inflammatory component and that the biological properties of HDL particles have clinical relevance to cardiovascular disease risk prediction.” – Dr. Uwe J. F. Tietge, Ph.D.

The study appears in the journal Circulation, which is the American Heart Association’s (AHA) flagship journal. It received funding from the Netherlands Organization for Scientific Research and the Swedish Heart-Lung Foundation.

HDL is called good cholesterol because it picks up excess cholesterol in the blood and takes it back to the liver, which breaks it down and helps remove it from the body.

HDL can also reduce inflammation in the cells lining blood vessels. This occurs because HDL removes cholesterol stored in macrophage foam cells in atherosclerotic plaques and carries it to the liver.

Atherosclerosis occurs when plaque accumulates on the inner walls of arteries. Plaque is a substance made of cholesterol, calcium, fat, and other molecules.

As plaque deposits grow, they can gradually narrow the blood vessel, reducing blood flow and oxygen delivery to parts of the body or organs.

If atherosclerosis is severe enough, it can lead to major health concerns, including stroke, heart attack, and death.

When HDL removes cholesterol from foam cells in plaques, it helps reduce the size of the plaque. By reducing its size, it also reduces the amount of inflammation associated with the plaque.

Because of these factors, healthcare professionals typically include circulating HDL levels in many cardiovascular risk assessment tools.

In the new study, the researchers included participants from a larger study: the PREVEND (Prevention of Renal and Vascular End Stage Disease) Study.

The PREVEND Study began in 1998 and is investigating the relationship between cardiovascular disease and kidney damage. The study has about 40,856 participants, all of whom are adults living in the city of Groningen in Northern Netherlands.

From this massive participant pool, the researchers behind the new study selected 680 participants. They excluded people who had experienced a cardiovascular event before the program tracking period.

The researchers used these 680 participants to create 340 case-control pairs of individuals. This meant that there were two groups: an experimental group of 340 people who experienced an initial cardiovascular event during the PREVEND tracking period and 340 people who did not.

The term “case-control pairs” refers to the fact that individuals from the experimental group were matched with someone from the control group who had the same sex, the same smoking status, and similar HDL levels. Each person in a pair had an age within 5 years of the other.

In the study, the researchers defined a cardiovascular event as experiencing a non-fatal or fatal heart attack, receiving a diagnosis of ischemic heart disease, or having surgery to open clogged coronary arteries.

The researchers extracted HDL from participant blood samples and assessed how much it was able to reduce inflammatory responses in endothelial cells, which line blood vessels.

They also measured levels of the participants’ C-reactive protein, which is a substance that increases in response to body-wide inflammation.

The researchers also assessed the participants’ cholesterol efflux capacity. This refers to how effectively their HDL removes cholesterol from cells similar to those in plaque.

After their analysis, the researchers found that HDL anti-inflammatory capacity was higher in people who did not experience cardiovascular events (31.6%) than in people who did (27%) during the follow-up period (1997–2009). For every 22% increase in HDL anti-inflammatory capacity, the risk of experiencing a heart event during the next 10 years reduced by 23%.

The Framingham Risk Score is a common tool that healthcare professionals use to assess the risk of developing coronary artery disease (CAD) during the next 10 years. It accounts for six CAD risk factors:

The researchers write that their findings could have major clinical implications by providing healthcare professionals with more information to assess CAD risk.

Their findings could also encourage researchers to find medications to target or improve HDL inflammation capacity. This could offer healthcare professionals, and people at risk of CAD, a whole new avenue of preventive treatments.

Limitations in the study mean that scientists must now reproduce these findings in a much larger and far more diverse group of individuals.

The study included almost exclusively white participants. Just under 240 of the 340 case-control pairs in the study were male. The researchers also did not include information about stroke incidence in the study.

Furthermore, the study participants were genetically similar, coming from the same relatively small region of the world.

There are also no standardized methods of how to isolate HDL from plasma or how to test HDL functional abilities.

Still, despite these study drawbacks, the researchers are optimistic about their findings and what they could mean for millions of people going forward.

“Our results, however, demonstrate that the anti-inflammatory capacity or assays looking at HDL function in general have the potential to provide clinically relevant information beyond the static HDL cholesterol measurements that are currently used.”

Mindfulness during a pandemic: Can it help?