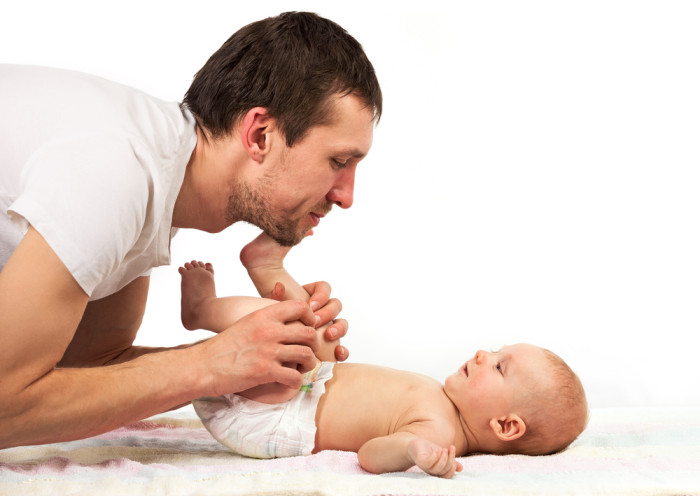 You might resemble or act more like your mother, but a novel research study from UNC School of Medicine researchers reveals that mammals are genetically more like their dads. Specifically, the research shows that although we inherit equal amounts of genetic mutations from our parents — the mutations that make us who we are and not some other person — we actually “use” more of the DNA that we inherit from our dads.

The research, published in the journal Nature Genetics, has wide implications for the study of human disease, especially when using mammalian research models. For instance, in many mouse models created for the study of gene expression related to disease, researchers typically don’t take into account whether specific genetic expression originates from mothers or fathers. But the UNC research shows that inheriting a mutation has different consequences in mammals, depending on whether the genetic variant is inherited from the mother or father.

“This is an exceptional new research finding that opens the door to an entirely new area of exploration in human genetics,” said Fernando Pardo-Manuel de Villena, PhD, professor of genetics and senior author of the paper. “We’ve known that there are 95 genes that are subject to this parent-of-origin effect. They’re called imprinted genes, and they can play roles in diseases, depending on whether the genetic mutation came from the father or the mother. Now we’ve found that in addition to them, there are thousands of other genes that have a novel parent-of-origin effect.”

These genetic mutations that are handed down from parents show up in many common but complex diseases that involve many genes, such as type-2 diabetes, heart disease, schizophrenia, obesity, and cancers. Studying them in genetically diverse mouse models that take parent-of-origin into account will give scientists more precise insights into the underlying causes of disease and the creation of therapeutics or other interventions.

The key to this research is the Collaborative Cross — the most genetically diverse mouse population in the world, which is generated, housed, and distributed from UNC. Traditional lab mice are much more limited in their genetic diversity, and so they have limited use in studies that try to home in on important aspects of diseases in humans. The Collaborative Cross bred together various wild type mice to create wide diversity in the mouse genome. Pardo-Manuel de Villena said that this diversity is comparable to the variation found in the human genome. This helps scientists study diseases that involve various levels of genetic expression across many different genes.

Gene expression connects DNA to proteins, which then carry out various functions inside cells. This process is crucial for proper human health. Mutations that alter gene expression are called regulatory mutations.

“This type of genetic variation is probably the most important contributor — not to simple Mendelian diseases where there’s just one gene mutation [such as cystic fibrosis] — but to much more common and complex diseases, such as diabetes, heart disease, neurological conditions, and a host of others,” Pardo-Manuel de Villena said. “These diseases are driven by gene expression, not of one gene but of hundreds or thousands of genes.

Pandemic measures had a strong impact on mental and physical health

Lack of sleep predisposes us to negative thinking