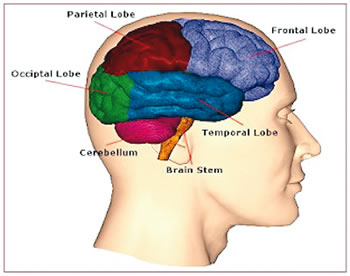 Forget your waistline for a second; some of your food choices could actually affect your memory and cognitive abilities. Here are five foods to go easy on if you want to keep your wits.

Tofu: The soy controversy continues with a study that found an association between high tofu intake and an increased risk of cognitive impairment and memory loss, as researchers speculate that tofu’s phytoestrogens might affect brain function.

Sodium: While the debate about its effects on blood pressure and cardiovascular disease rages on, a study found that high levels of sodium intake paired with low levels of physical activity had a negative impact on cognitive abilities. People with lower sodium intake paired with lower physical activity levels showed slower cognitive decline than participants with high sodium levels and low physical activity. Happily, this is a reversible curse: regular exercise can counteract sodium’s negative effects on the brain, as well as the cardiovascular system.

Trans fats: The stuff could hurt your memory, as consuming more trans fat has been associated with difficulty remembering words!

Tuna: It’s quick, it’s easy, and it’s packed with protein for a post-workout meal. But your favourite fish could be impairing your mind. According to a study from the journal Integrative Medicine, people who eat more than three servings of species of fish that are high on the food chain — like tuna, grouper, snapper, bass, swordfish, and shark — each week (or more than four servings per month) are at risk for cognitive dysfunction. The culprit? High levels of mercury!

Saturated fat: Researchers at the University of Montreal found that rat diets high in saturated fat (when 50 percent of all calories come from an unhealthy fat, like palm oil or butter) impaired the functioning of their brain’s mesolimbic dopamine system — the part that controls motivation and wellbeing, and is often implicated in mood disorders, drug addiction, and overeating.

Overeating caused by a hormone deficiency in brain

Weight gain during period: What to know